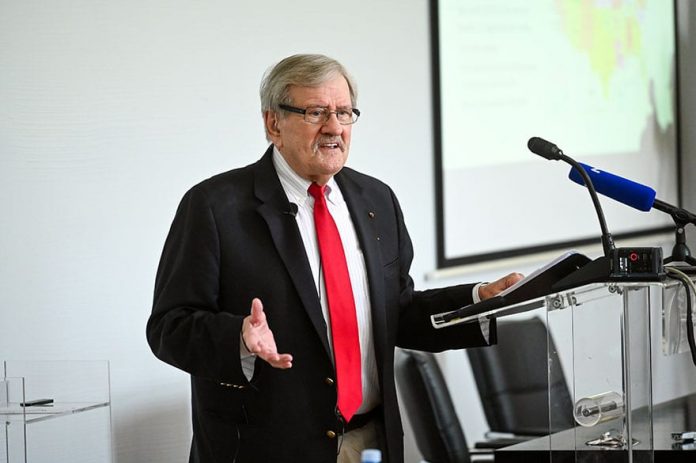 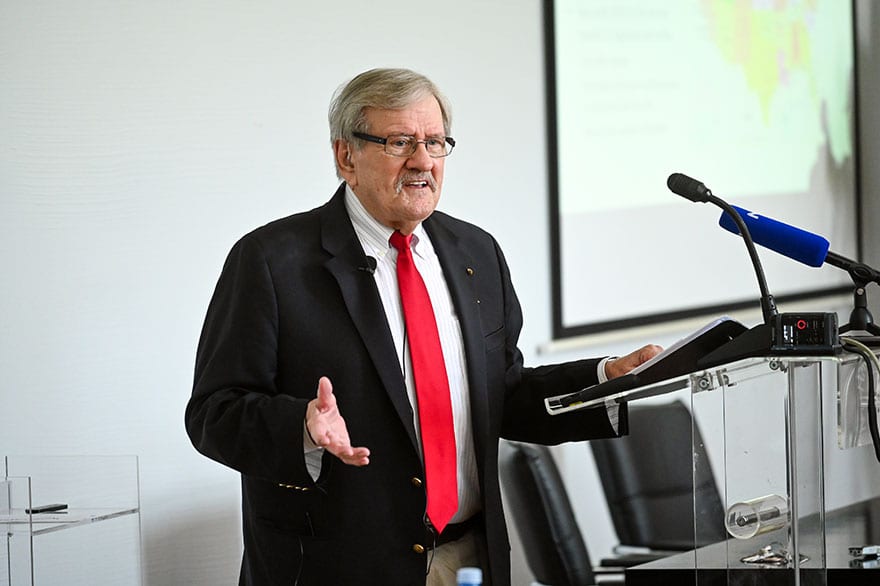 Marking the 50th anniversary of the Apollo 11 Moon landing, the U.S. Embassy has invited David Vuich to visit Serbia from 18-28 July.

Vuich is the last living member of the “Serbian Apollo Seven,” a group of Serbian-Americans who worked on the Apollo program in the 1960s and 1970s.

Upon his arrival in Belgrade, Vuich held a presentation at the Faculty of Mechanical Engineering.

David Vuich started the presentation in the Serbian language and soon continued in English.

“Neil Armstrong was my friend and I thought him some Serbian words and phrases,” said Vuich.

Answering questions about the Moon landing, Vuich said “Yes, we really landed human on a moon. It has changed our understanding of the solar system.”

More than 650 million people around the world watched the historic landing on 20 July 1969 and heard astronaut Neil Armstrong say “… one small step for a man, one giant leap for mankind.”