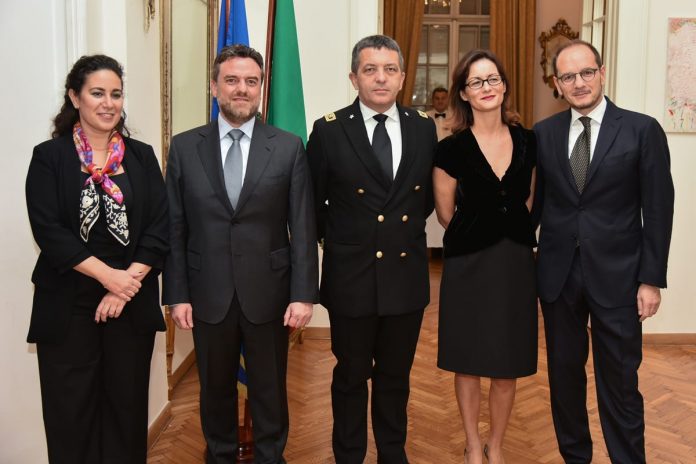 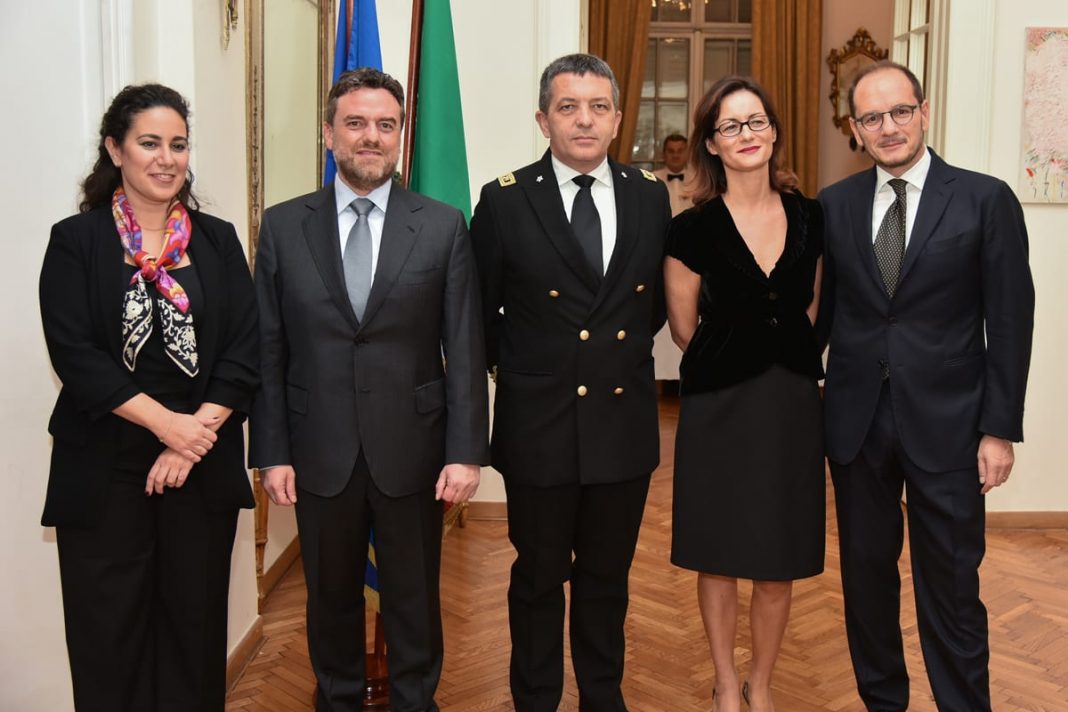 The Embassy of Italy in Belgrade ceremoniously marked the 99th anniversary of the end of World War I, which Italy commemorates as the Day of National Unity and Armed Forces Day.

This occasion saw Italian Ambassador H.E. Giuseppe Manzo and Italian military attaché Colonel Paolo Sfarra lay wreaths at the large altar of the Italian military cemetery, where 1,063 Italian soldiers who lost their lives during WWI were laid to rest.

As part of celebrations commemorating Italian Armed Forces Day, Ambassador Manzo and his wife hosted a reception at their ambassadorial residence that was attended by representatives of the Government of Serbia, members of the diplomatic corps, representatives of Italian companies, religious communities and other distinguished figures.