From The Dark Wood To Paradise

Inspired by Dante Alighieri’s verses, in the...
Read more

The Office for IT and eGovernment presented today at the State Data Centre in Kragujevac a unique platform “Smart...
Read more

The EU Digital COVID Certificate should facilitate safe free movement inside the EU during the COVID-19 pandemic. The certificate will...
Read more

US President Joe Biden embarks on his first overseas trip on Wednesday where he will meet European partners and...
Read more

The Serbian center becomes the first player to earn the honor as a member of the Denver Nuggets and...
Read more

The National Day Celebration of the Arab Republic of Egypt was hosted by the National Museum of Serbia in Belgrade.

In his keynote address, Ambassador of Egypt in Belgrade H.E. Amr Aljowaily commended the initiative of the National Museum to devote a special section to the “Belgrade Mummy” as a model of cultural cooperation between the two countries, revealing that there are many ideas currently being explored to utilize the advanced industry of information and communication technology in Serbia to bring Ancient Egyptian antiquities to the wider Serbian public through virtual and augmented reality.

“In recognition of the initiative of Mrs Bojana Boric Breskovic Director of the National Museum, the renowned Reda Folkloric troop of Egypt performed a number of traditional dances, one of which honoured the Serbian and Egyptian flags at the Atrium of the Museum, demonstrating the friendship between the two countries”, said Ambassador Aljowaily. He commended the honorable presence of high representatives of the Government of Serbia led by the Speaker of the National Assembly, the Ministers of Interior, Labor and technological development among a large number of dignitaries from the political, cultural, economic social and media circles of Serbia, in addition to the accredited ambassadors of the diplomatic corps.

Egypt’s National Day celebration falls within the commemoration of the Second Cultural Month of Egypt throughout July in the four corners of the Republic of Serbia. It features artistic and intellectual events alike. 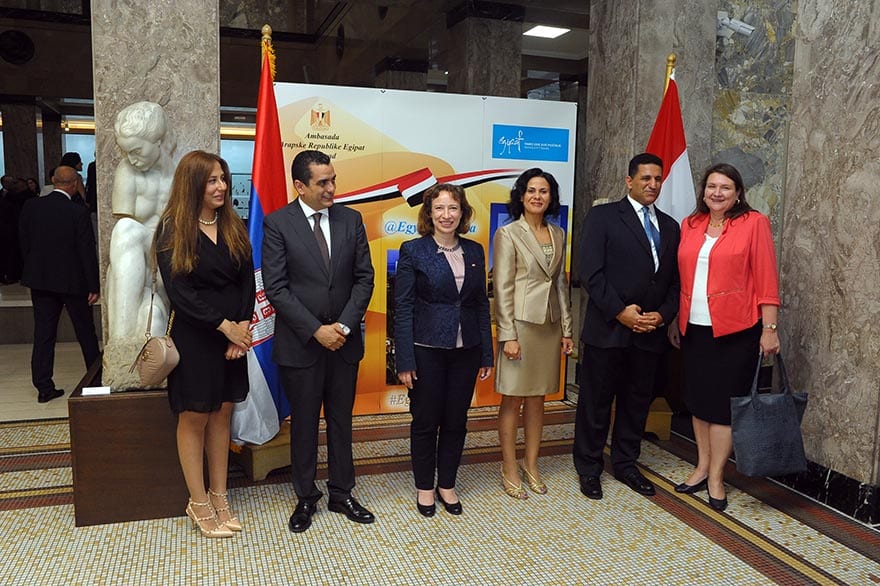 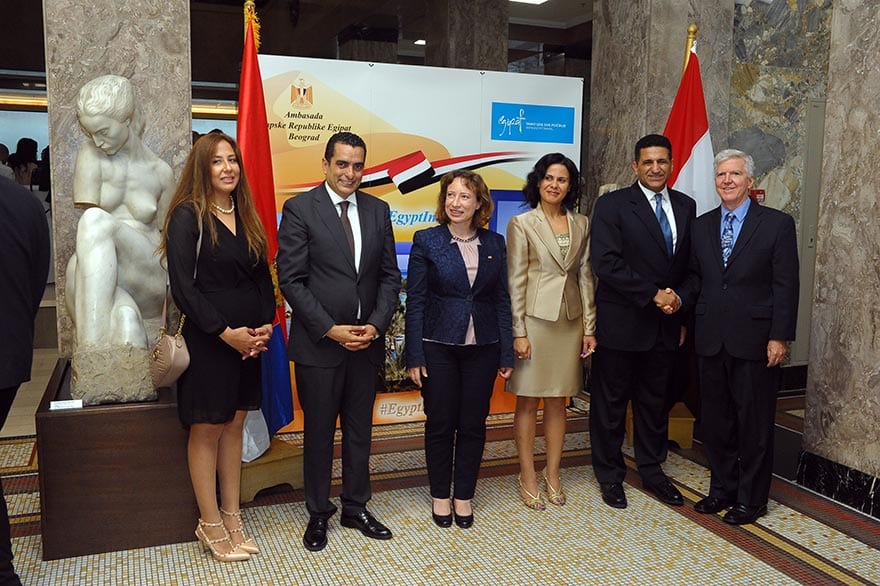 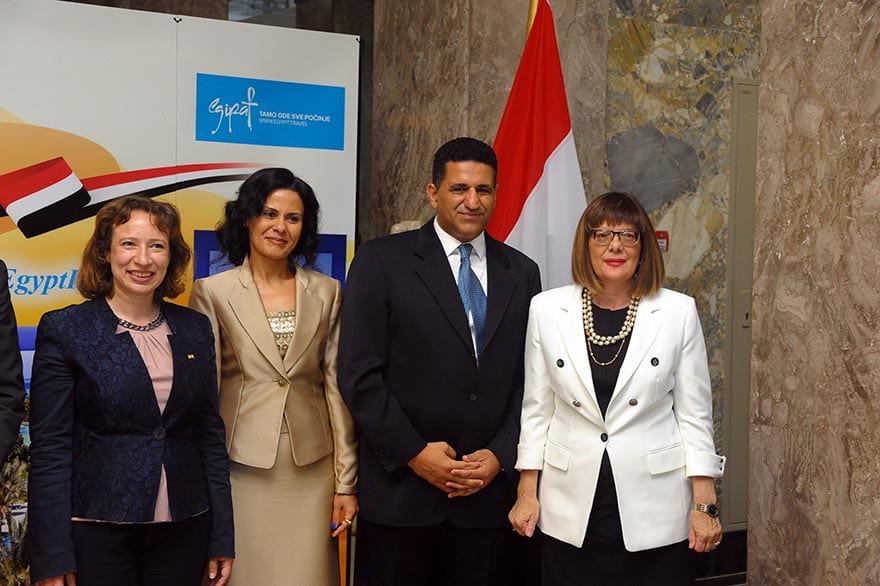 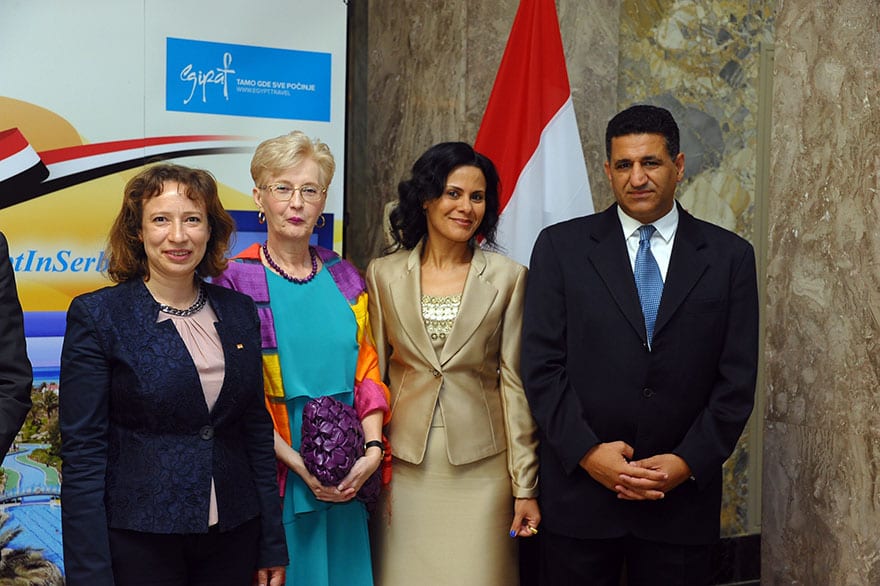 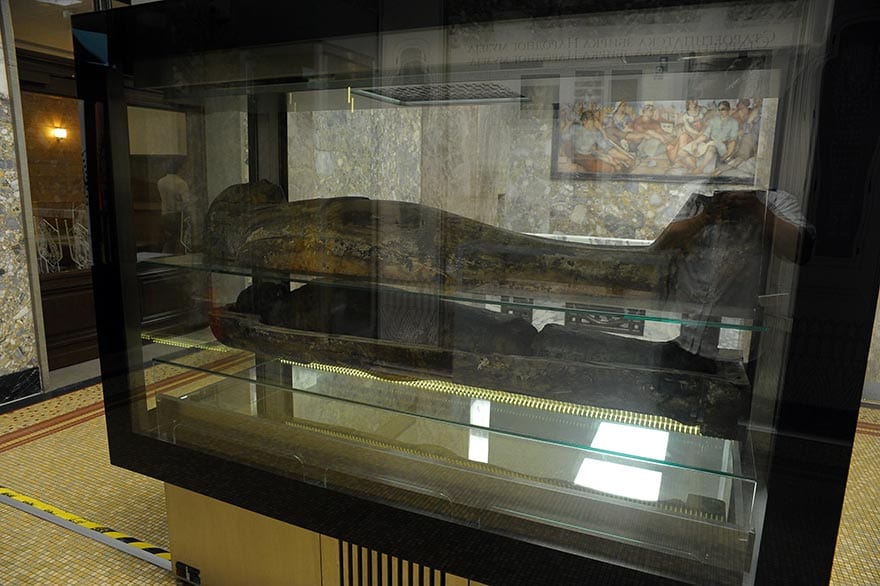 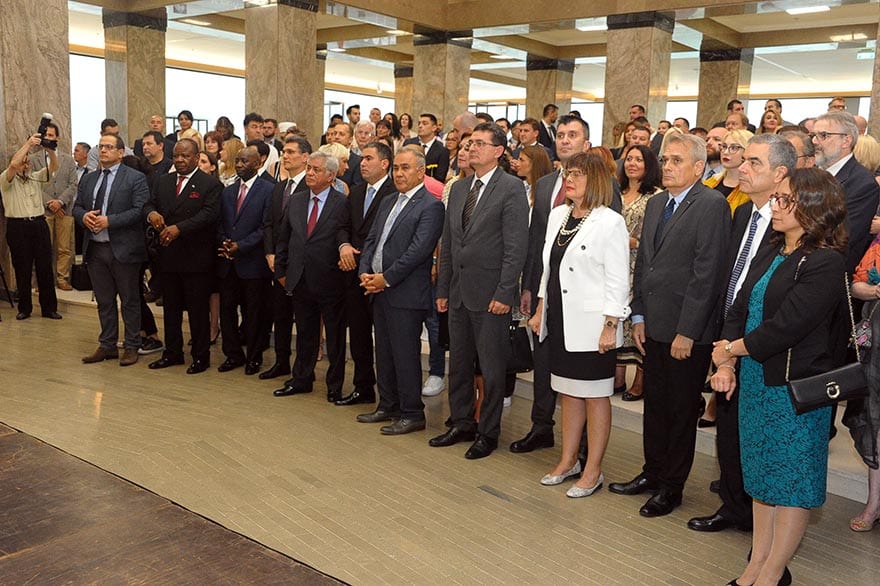 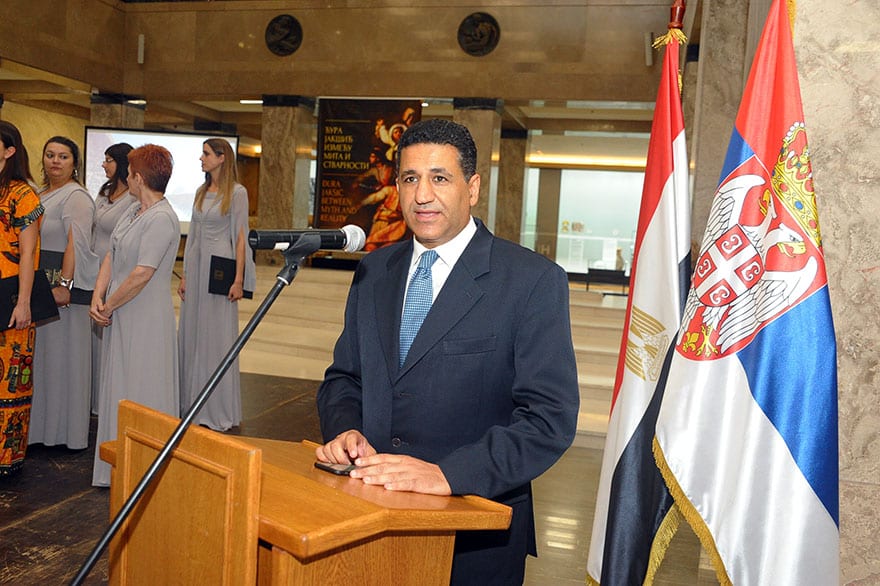 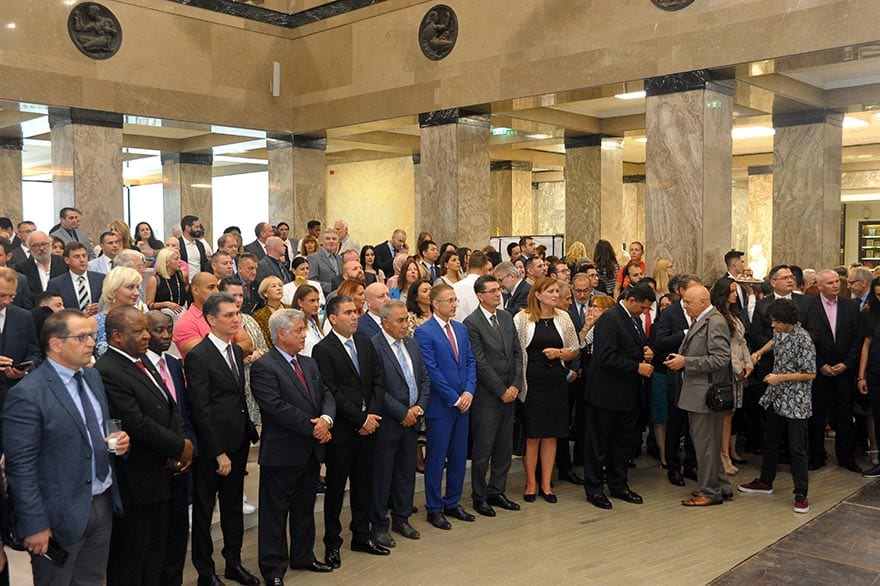 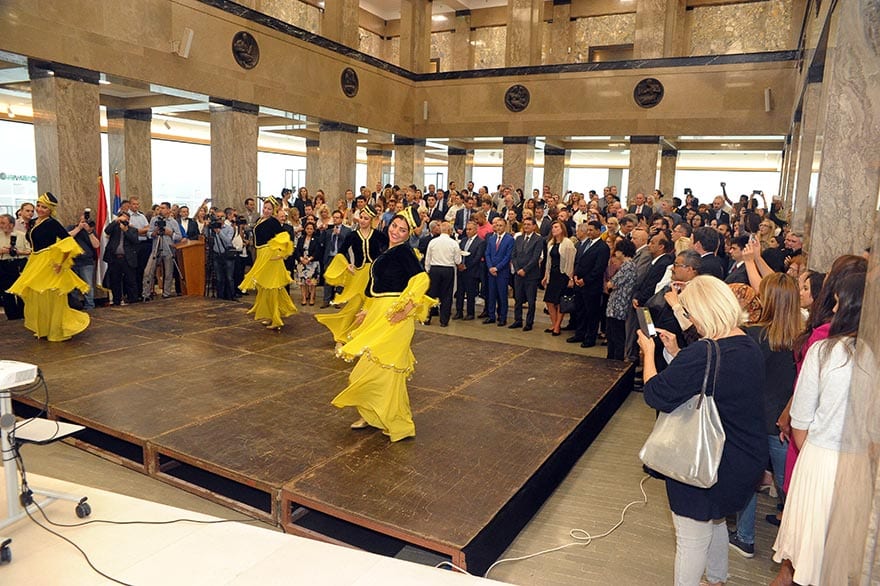 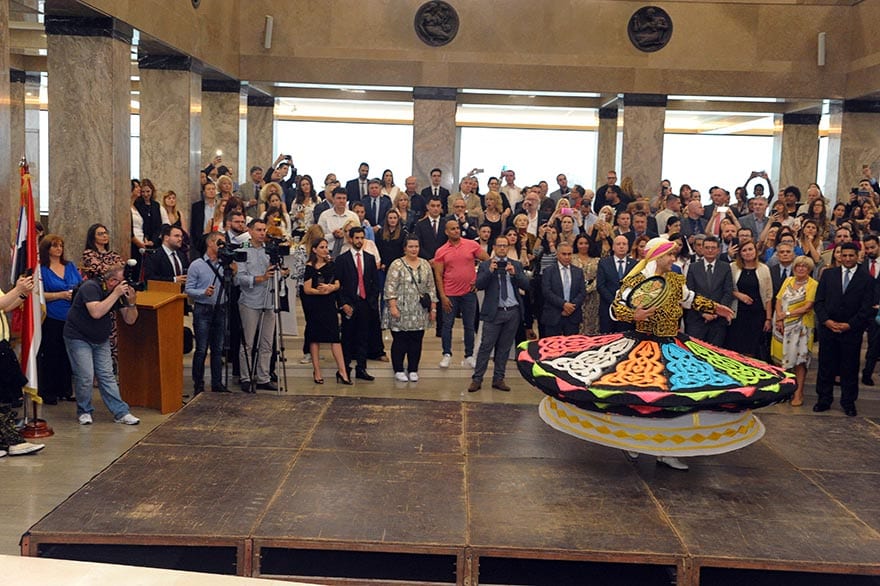 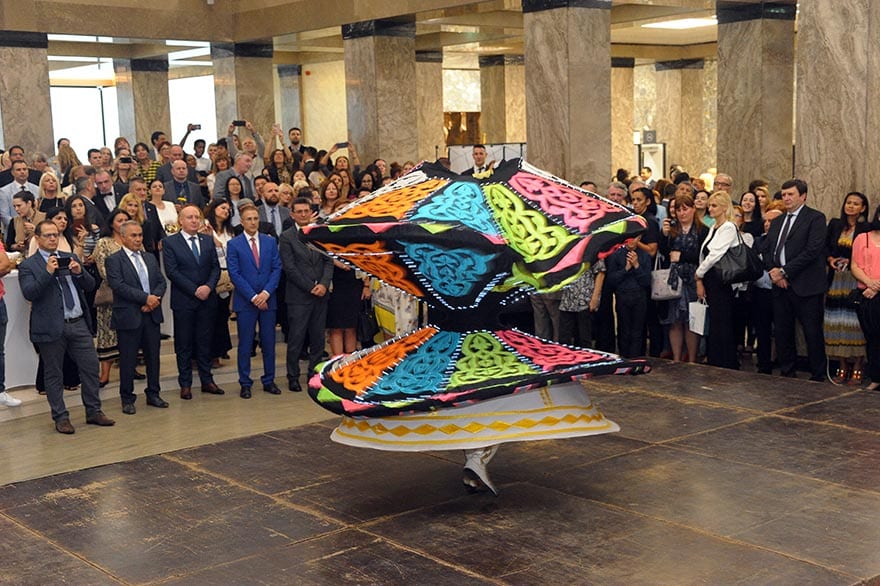 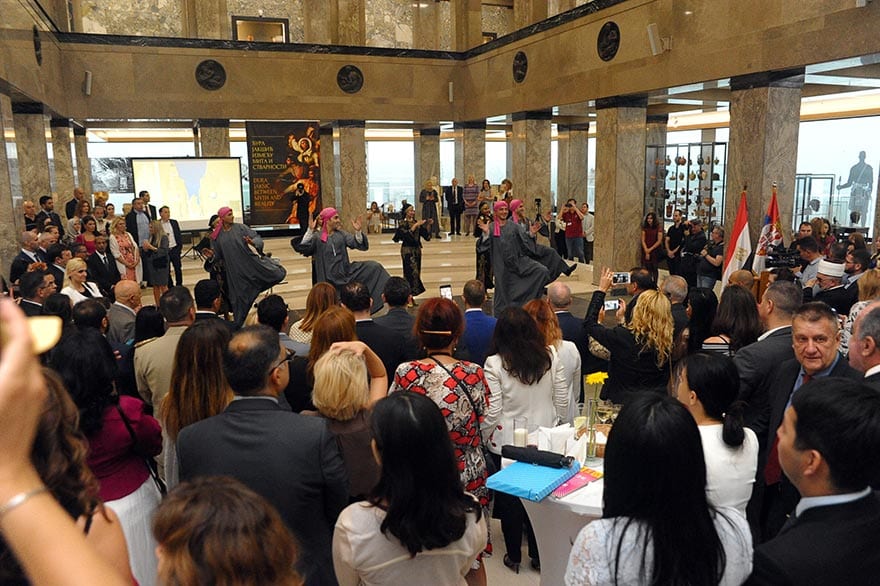 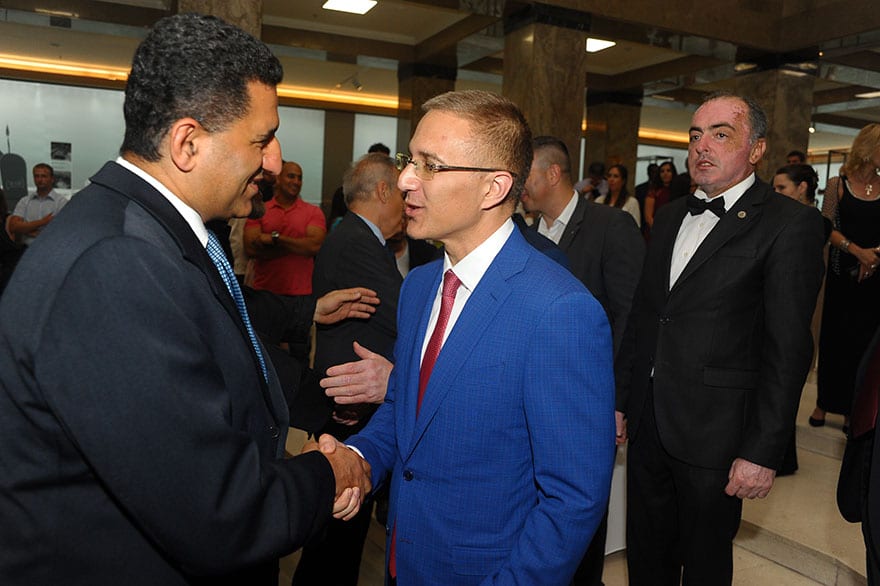 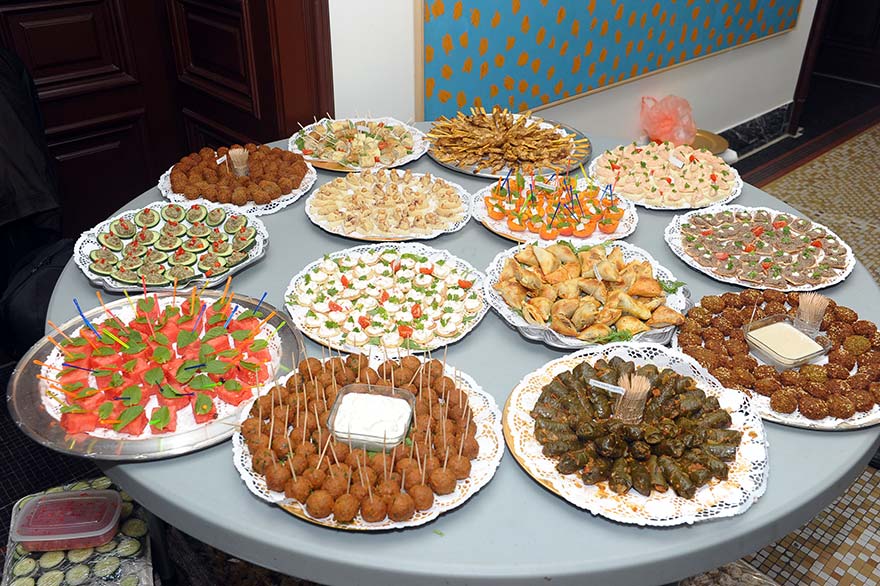 Suez Canal: Ever Given Container Ship Shifted From Shoreline

The stern of a huge container ship that has been wedged across the Suez Canal for almost a week has been freed from the...
Read more

Co-organized by Embassy of Egypt in Belgrade, Conflux Centre and the Cairo Center for Conflict Resolution and Peacekeeping Within the Month of Francophonie: Webinar...
Read more

Ankara and Cairo are eyeing restoring relations as Turkey tries to fix its worn diplomatic ties in the region, hinting at openness to reconciliation...
Read more

The Egyptian Embassy in Belgrade hosted a round table on contemporary Egyptian art with the participation of Egyptian artists Hanafi Mahmoud and Asmaa El...
Read more
Cord MagazineLeaders Meeting Point