According to the latest estimates of the Geological Survey of Serbia (GZS), which were made in 2000, Serbia has...
Read more
27 June 2020
Facebook
Twitter
Email

The Embassy of India in Belgrade in coordination with the City of Belgrade, yoga centres and instructors, organised a celebration of the sixth International Day of Yoga affirming yoga as a means to help fight against coronavirus, social isolation, depression and boredom.

Ambassador of India H.E. Subrata Bhattacharjee declared the event open in front of the Belgrade City Hall. In the context of the current coronavirus pandemic, Ambassador Bhattacharjee noted that since it will take some time before the world develops a vaccine, we must all remain vigilant and yoga can help us stay healthy, calm and connected while keeping social distance.

Since this year the International Day of Yoga coincided with the parliamentary elections in Serbia, celebrations have been postponed until 27 June, and apart from Belgrade, held in 17 towns across the country, including Novi Sad, Šabac, Zrenjanin, Kragujevac, Loznica, Smederevo, Vršac, Pančevo, Subotica, Apatin, Jagodina, Smederevo, Kovin, Sombor, at 21 venues from 21 to 28 June. 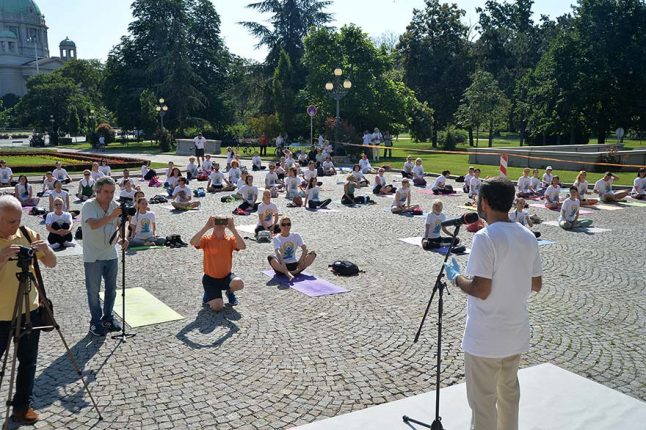 A talk on the benefits of Ayurveda and Yoga was also organized on this occasion. Serbian expert on Ayurveda Dr Gordana Marković Petrović delivered this talk to the participants. Dr Gordana highlighted that the goal of Ayurveda is to raise all our defences to a level that allows us to remain immune to the various harmful agents present in the environment. She also underlined that yoga helps us better prepare for a dynamic day and professional challenges. The powerful effect of this natural system for improving health is the strengthening of immunity, which was recognised and emphasized by the World Health Organisation, especially during the COVID-19 pandemic. 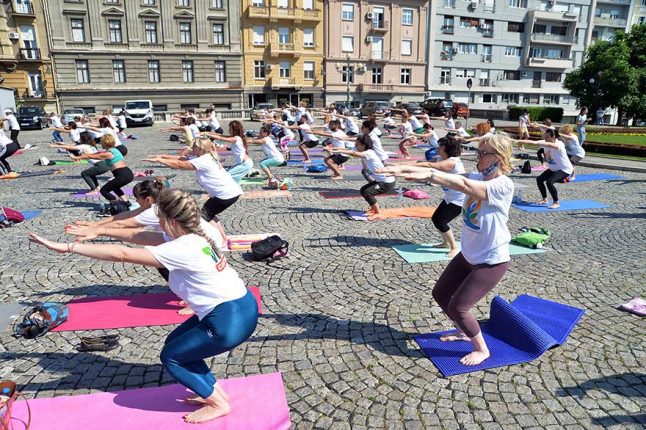 Around the globe, millions of yoga practitioners and yoga enthusiasts have been celebrating 21 June as International Day of Yoga since 2015 as the United Nations adopted the resolution co-sponsored by 177 member states, including Serbia, in December 2014. During his address to the UNGA, Prime Minister of India Narendra Modi drew attention to yoga in the context of the fight against climate change as it could serve as a model for creating new lifestyles that would affirm a considerate approach to environment and sustainable development. Thanks to its adaptability and versatility, this ancient Indian practice proved highly beneficial during the coronavirus pandemic, quickly integrating into new daily routines.

About 800 yoga practitioners participated in the celebration in these towns. These participants too had had the benefit to listen to the talk on benefits of Ayurveda and yoga. 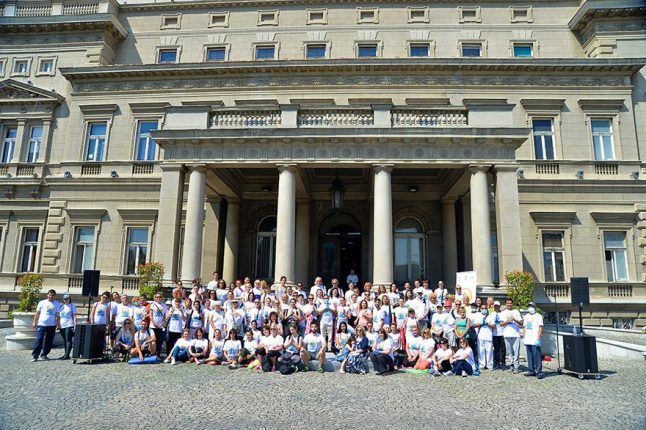 As many yoga centres and instructors have moved to online classes, yoga has become a reason to connect and unwind together, thus easing anxiety and warding off depression.
No wonder then that during lockdowns, researchers from Harvard Medical School recommended regular yoga practice. Apart from guided meditation that helps people relax and better cope with stressful situations, some controlled breathing exercises (pranayamas) can open up airways and thus prevent mucus build-up in the lungs of people with chronic respiratory problems.

This year’s event has been supported by Carnex promoting its offer of vegetarian products.