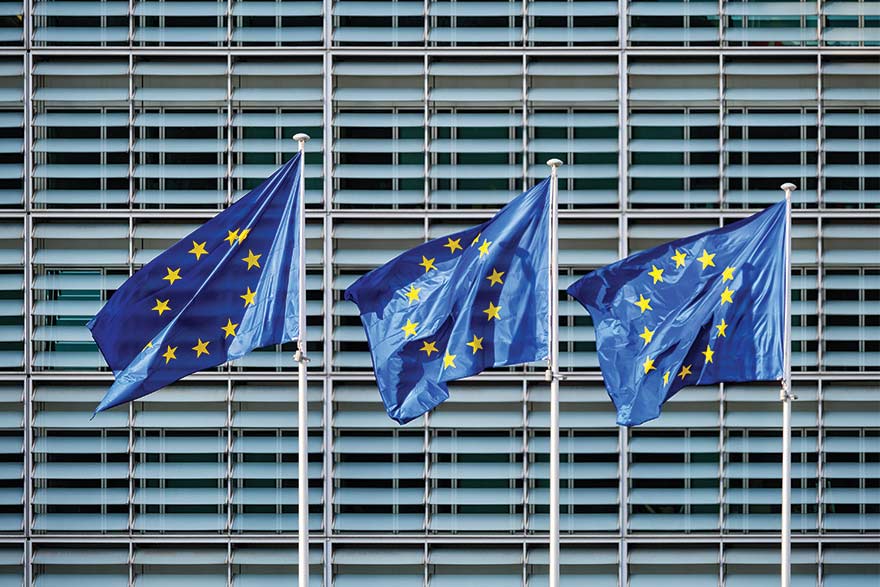 The Slovenian Presidency, the second in the country’s history, will focus on EU wide economic recovery, a green future, health and cyber security and the rule of law. For Slovenia, the presidency also represents an opportunity for the overall promotion of the country and its knowledge, economy and tourism.

In the letter, the two ministers said that they are committed to the timely implementation of the Multiannual Financial Framework (MFF) 2021-2027 and the new Next Generation EU instrument, including its Recovery and Resilience Facility (RRF), which came into force on 19th February. The RRF is the biggest building block of the Next Generation EU recovery package aimed at helping the EU to return to sustainable growth and job creation once the health crisis is under control. The RRF is focused on key policy areas, such as the green and digital transitions. Portugal and Slovenia were among the first to have concluded ratification in their national parliaments, to showcase their full commitment to the Europe’s recovery.

The plan is not just a helping hand in economic crisis, but rather aims to strengthen the EU’s social dimension. While the idea that the European Social Model must be strengthened was at the centre of the Portuguese Presidency, it is up to the Slovene Presidency to work on solutions to increase the resilience of the EU. This is related to the Health Union and making the EU autonomous in producing key strategic vaccines and medicines. The next priority is the issue of cyber security and the preparedness of the EU to respond to large scale cyber-attacks.

Secondly, the Slovene Presidency will focus on the green and digital transitions. Goals are tremendously ambitious in these areas, as the EU has set a target to reduce greenhouse emissions by 55% by 2030.

Indeed, the COVID-19 challenge pushed digitalisation to new boundaries. Artificial intelligence, data governance, as well as cyber security and preparedness for potential large scale cyber-attacks are all issues that will be in the focus of the Slovenian presidency. As part of that task, a particularly important issue will be finding ways to regulate digital markets and services, as well as striking the right balance between ensuring competitiveness and the need to set appropriate standards for the digital sector, based on common European values.

Artificial intelligence, data governance, as well as cyber security and preparedness for potential large scale cyber-attacks, are all issues that will be in the focus of the Slovene Presidency

One important document in that respect is the Digital Services Act, which brings ambitious reform to the digital space and introduces a comprehensive set of new rules for all digital services. Furthermore, “regulating the functioning of online platforms, especially the larger ones, would significantly improve the mechanisms for removing illegal online content and help protect fundamental human rights online, including the freedom of speech,” stressed Slovenian Public Administration Minister Boštjan Koritnik recently.

“It is crucial for the Slovene Presidency to establish a high level of confidence in artificial intelligence, which is why we will strive to ensure that development and coexistence with systems based on artificial intelligence are human-focused. Ensuring the highest ethical standards is of paramount importance,” stressed Minister Koritnik.

The International Research Centre for Artificial Intelligence (IRCAI), which is based at the Jožef Stefan Institute in Ljubljana and was established under the auspices of UNESCO, acts as the main coordinator, funder and accelerator of activities for achieving the UN Sustainable Development Goals through artificial intelligence. IRCAI’s aim is to empower top entrepreneurs, researchers and projects using artificial intelligence, which would not be able to achieve visibility on global markets, while at the same time creating the world’s largest platform for sustainable solutions.

It has been confirmed that Slovenia will spare no effort to put the Western Balkans high on the EU agenda during its EU Council Presidency, which will be further promoted by the EU-Western Balkans Summit.

In May, at the initiative of nine EU member states, including Slovenia, ministers discussed the Western Balkans. During discussions they highlighted the strategic importance of the EU enlargement policy, as well as other aspects of EU-Western Balkans integration. On behalf of both Slovenia and Austria, Foreign Minister Anže Logar emphasised the significance of the EU’s continued active engagement in the Western Balkans and its enlargement for the region’s long-term stability and security. However, he also expressed regret over the current stalemate in the enlargement process and over the standstill in the confirmation of the negotiating frameworks for North Macedonia and Albania.

The European Qualifications Passport for Refugees is a specially developed assessment scheme for refugees, even for those who cannot fully document their qualifications, providing...
Read more

Between the two Slovenian presidencies of the Council of the European Union, the country maintained its position that EU enlargement to encompass the Western...
Read more

Dragan Marković, President Of The Executive Board Of Triglav Osiguranje

Through its constant innovations, company Triglav Osiguranje Srbija, a member of the leading insurance group in the Adria region, strives to respond to the...
Read more

The Shoppster platform offers more than 100,000 products for all purposes. Customer have already recognised that shopping through Shoppster.com is easy, delivery is fast...
Read more