Marking a Significant Rebirth for the Country

When historians assess the Abe era, they will use the 2020 Tokyo Olympic and Paralympic Games as their benchmark. They will note that Abe’s grandfather Kishi Nobusuke championed Japan’s bid for the 1964 Games. They will highlight the decisions to use the 1964 stadium as the starting point for a new, futuristic arena and to renovate other existing facilities to illustrate the continuity between the two Games

Most important, however, if Abe’s vision for Japan is realised, those future historians will point out that just as the 1964 Games showcased the country’s economic and political reemergence from the defeat of World War II, the 2020 Games marked a similar reemergence after two decades of economic stagnation.

Throughout his second term in the prime minister’s office, no single event has weighed more heavily or glittered more brightly than the 2020 Games. The International Olympic Committee’s September 2013 decision to let Tokyo host the Games was both a validation and a “fourth arrow” in Abe’s quiver. He declared after Tokyo’s selection: “I want to make the Olympics a trigger for sweeping away 15 years of deflation and economic decline.”

Four years later, Abe, as well as many others, looked to the Games “to mark a significant rebirth of Japan.”

The Bank of Japan has estimated that real GDP growth would increase about 0.2 to 0.3 percentage points from 2015 to 2018 because of Olympic preparations, making Japan’s real GDP in 2018 about 1 per cent (¥5 trillion to ¥6 trillion) higher than it would have been without the Games

As have previous hosts, Japan is counting on an economic boost from the Games. The Bank of Japan has estimated that real GDP growth would increase about 0.2 to 0.3 percentage points from 2015 to 2018 because of Olympic preparations, making Japan’s real GDP in 2018 about 1 per cent (¥5 trillion to ¥6 trillion) (€4-4.9bln) higher than it would have been without the Games.

Much of that growth, however, is the result of construction, which will taper off. But as that building boom subsides, tourism will compensate for some of the losses. Tourism is a core component of the government’s plan to boost its GDP growth target to ¥600 trillion (€4.9 trillion) in 2020 (from the current level of ¥500 trillion – €4.9 trillion), and substantial progress has been made. 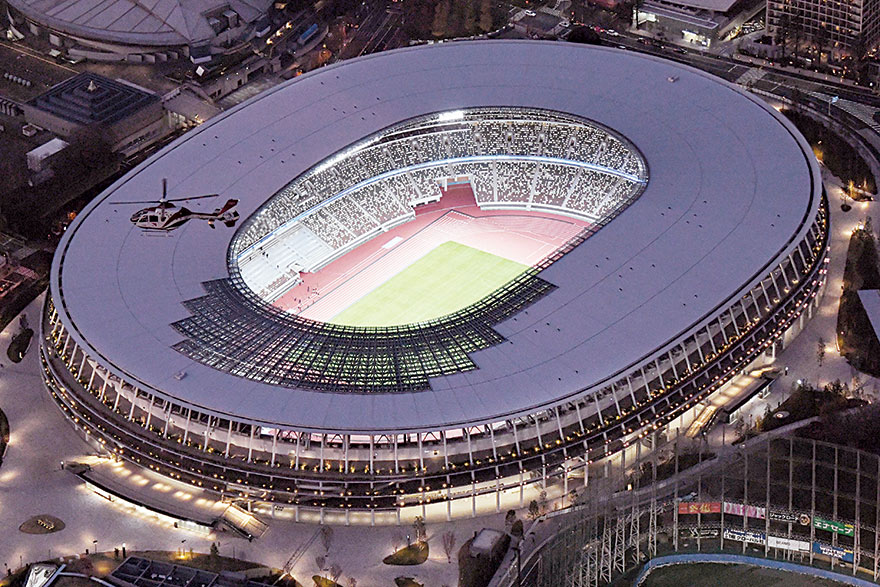 About 28.7 million foreign tourists visited Japan in 2017, representing a nearly 20 percent jump over the previous year and a tripling of the number of visitors in the past five years. This swelling tide prompted the Japan National Tourism Organisation to throw out its plan for inbound tourism.

Originally, authorities aimed to host 20 million tourists by 2020, but in 2016 they announced a doubling of that goal to 40 million visitors by 2020. While that target sounds ambitious, it is within reach, and the 8.5 million tourists that are anticipated to visit for the Summer Games will put an exclamation point on that effort.

The Games thus have assumed an outsize role in government planning. The 2014 revisions of the National Revitalisation Strategy identified the 2020 Olympics as one of two focal points for the intensification of reform efforts, noting that the preparation presents “an opportunity to accelerate reforms… for the purpose of revitalising not only Tokyo, but all of Japan.”

The 2020 Olympics will showcase Japan’s technological prowess, hospitality and culture, all of which should boost its national confidence and domestic economy while highlighting its cutting-edge companies

Ministries and agencies have articulated growth plans and strategies that use the Olympics to highlight their efforts, with projects ranging from infrastructure to robotics to health care. As one report explained, “We will have a great opportunity in 2020 to demonstrate the society that can be realised when problems are solved through the use of science and technology capabilities, and to show the future vision of Japan to the world… [The Olympics] can give a boost to the world-wide development of Japanese industries and also encourage overseas companies to make investments in Japan.”

The 1964 Olympics had similar objectives. They were the first Games held in Asia – Tokyo was selected to host the 1940 Games, but they were canceled as the world marched toward war – and the government spent what some estimate as the equivalent of one year of the national budget to show the world what a country Japan had become and what it could do. Bullet train passing Mount FujiA shinkansen (bullet train) service between Tokyo and Osaka began days before the Olympic torch was lit at the opening ceremonies. Haneda Airport was transformed and a monorail constructed to link it to the city centre. The cityscape saw the addition of new venues, such as the National Stadium, the Nippon Budokan, the Yoyogi National Gymnasium, and the Komazawa Olympic Park Stadium, along with highways, expressways and subway lines. 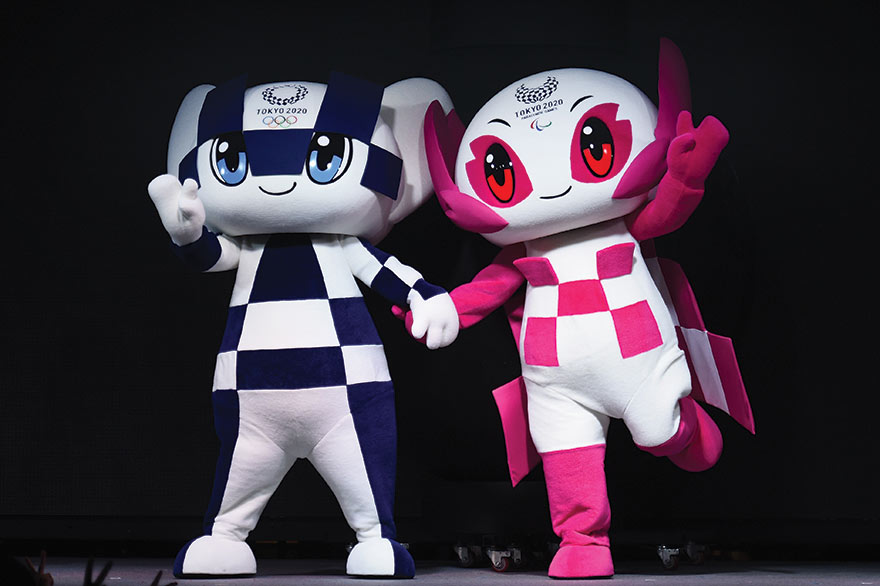 Trees that were planted to beautify the city are an enduring legacy of the event. High technology was on display as well: The 1964 Games were the first to use communications satellites to broadcast events and the first to use computers to keep statistics. Japan’s enthusiasm for the Games sparked a boom in television sales and other consumer goods for its emerging middle class. By all accounts, that coming-out party was a spectacular success.

Expectations today are equally high. The 2020 Olympics will showcase Japan’s technological prowess, hospitality, and culture, all of which should boost its national confidence and domestic economy while highlighting its cutting-edge companies.

Japan wants the world to come to Tokyo in the summer of 2020 and see the future. Glowing press reports detail the preparations. Some of the 8.5 million spectators will arrive on jets that burn algae as fuel, a source grown on land that not only produces sixty times more oil per acre than oil made from corn, but can also cut carbon dioxide emissions by 70 per cent when compared to petroleum fuels.

The Tokyo government plans to spend ¥40 billion ($330 million) to integrate hydrogen energy into the economy with the goal of making Japan a “Hydrogen Society.” The Olympic Village will be hydrogen powered

Much of the Games’ energy will be provided by hydrogen, a fuel source that Japan has been especially keen to develop. The Tokyo government plans to spend ¥40 billion (€326 million) to integrate hydrogen energy into the economy with the goal of making Japan a “Hydrogen Society.” The Olympic Village will be hydrogen powered, with at least a hundred fuel cell–powered buses, press lounges, and athlete dorms, and hydrogen cell–powered cars will prowl the streets.

Visitors will tackle language barriers with a real-time translation app that can be installed in phones or computers and will be available in tourist-dense areas. Other apps will allow visitors to scan and instantly translate Japanese signs. 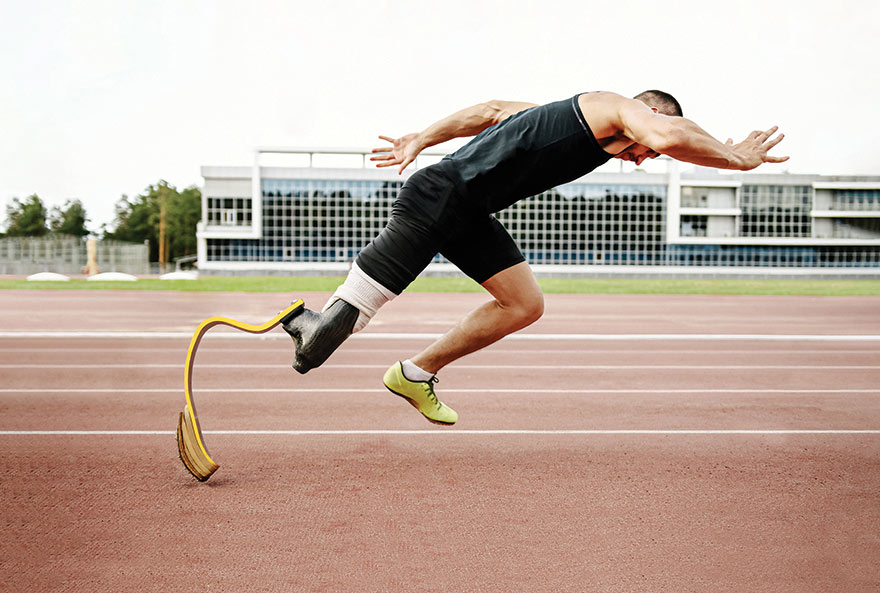 Building on Japan’s reputation as one of the most automated countries in the world, the Olympic Village will become a “robot village,” swarming with automated assistants to help athletes and visitors with tasks ranging from carrying luggage to checking into hotels to providing information and even transportation on specific routes. Companies have announced plans to deploy fleets of driverless taxis throughout the city.

People who cannot make it into the venues will watch events on 8K (or nearly eight-thousand-pixel) highdefinition screens, a transmission standard that is sixteen times the current resolution of 4K. If all goes according to plan, all of Tokyo will have become a 5G (fifth-generation) “smart city” with video streams throughout the metropolis, including 4K video in moving cars, and with “pervasive facial recognition” used for stadium access, security, and the management of traffic, both human and vehicular.

People will be entertained in the evening by a manmade meteor shower, a spectacle designed to rival the extraordinary opening ceremony of the 2008 Beijing Olympic Games. As a Foreign Ministry spokesperson explained, “It’s going to be a good opportunity to showcase Japanese culture, our technology, our products, our good level of service to give impetus to the Japanese economy… It’s exactly soft power… to create economic impact.”