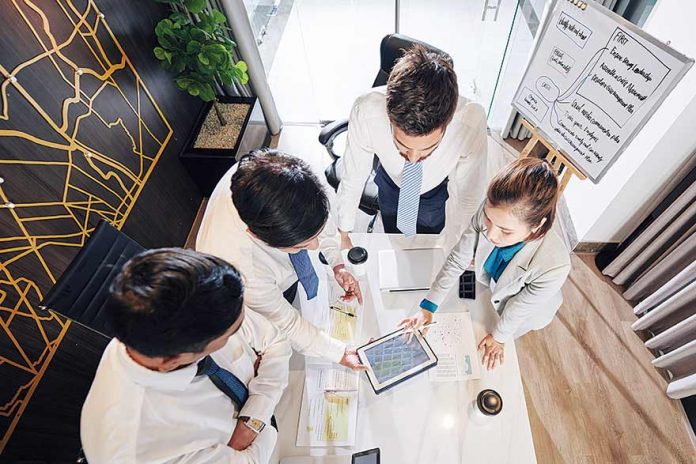 Economic Cooperation Between Italy And Serbia

Italy and Serbia have been historically linked through excellent bilateral political and economic relations. The two Countries celebrated two important anniversaries in 2019: 140 years of diplomatic relations between Rome and Belgrade; and 10 years of their strategic partnership

During the same year, Italy was again Serbia’s second largest trading partner, with a total trade exchange of 3.84 billion euros (2.07 billion in Italian exports to Serbia and 1.77 billion in Italian imports from Serbia). The main sectors of activity include the automotive, banking and insurance sectors, textiles, footwear, agriculture and, as of recently, energy. Several Italian companies are also involved in the construction sector in Serbia.

The database of the Development Agency of Serbia shows that, between 2007-2019, Italy was the leading investor in Serbia, both in terms of the number of projects implemented and absolute value. Italian companies have to date invested over three billion euros in Serbia and, according to a recent study that will be published soon by the Embassy of Italy and the Italian-Serbian Chamber of Commerce, employ a total of 39,000 workers. Considering indirect employment too, Italian companies provide work for more than 50,000 workers in Serbia, with around 1,600 registered companies having Italian shares and generating 5.4% of Serbia’s GDP.

Many Italian companies invested in Serbia long before other international partners, developing a special relationship with their local counterparts, built on mutual trust and thereby gaining excellent economic results in terms of production and employment. Serbia has a lot to offer Italian companies: firstly, the geographic proximity and the country’s connection to the entire Balkan region; secondly, the links with other international markets, both to the west and the east, finally the expertise and knowledge of local workers, which helped Italian companies develop strong local management structures. At the same time, the Italian entrepreneurial spirit is highly appreciated in Serbia, because of the capacity of Italian businesses to bring positive change in cultural and social terms all over the country.

At the institutional level, Italy is present in Serbia with a very strong network, within the framework of the so-called “Sistema Italia” (a group of institutions/associations working together to support Italy’s economic presence in the country). All together, the Embassy of Italy, the Italian Foreign Trade Agency, the Italian-Serbian Chamber of Commerce and Confindustria Serbia work tirelessly to promote Italian companies and their investments. “Sistema Italia” and Italian companies in Serbia are also focused on fostering collaboration with schools and universities, through dual education programmes. As of today, many Italian companies in different Serbian towns and cities are already training students.

Italian institutions here traditionally enjoy very good relations with the Chamber of Commerce & Industry of Serbia, thanks to fruitful cooperation in the co-organisation of business events, such as B2B gatherings, country presentations and sector-specific missions to and from Italy. Serbian and Italian companies can also count on the Office of the Chamber of Commerce & Industry of Serbia in Trieste, which is constantly working to promote bilateral projects.

Between 2007-2019, Italy was the leading investor in Serbia, both in terms of the number of projects implemented and absolute value. Italian companies have to date invested over three billion euros in Serbia and, according to a recent study that will be published soon by the Embassy of Italy and the Italian-Serbian Chamber of Commerce, employ a total of 39,000 workers

Economic ties are enhanced by scientific cooperation between the two countries. Over the last 10 years, projects in the field of higher education, science, technology and innovation have been experiencing an extraordinary moment: more than 60 cooperation agreements between Italian and Serbian universities have been conducted during this period. Furthermore, with the 2012 creation of the Association of Italian and Serbian Scientists and Scholars (AIS3), which brings together more than 400 researchers and academics from the two countries, joint projects will continue to thrive in the future.

Our mutual economic relations are also based on strong connections among local authorities, thanks to the existence of bilateral agreements between regions and provinces. An example of that is the protocol signed in 2018 between Italy’s Lombardia Region and Serbia’s Autonomous Province of Vojvodina, while in 2020 the Veneto Region concluded an agreement with the Republic of Serbia in the fields of the creative industry, education and research & innovation.

Italy has continuously shown its willingness to support Serbia’s European integration process at the political and economic levels. The visits to Belgrade of Prime Minister Giuseppe Conte, in 2019, and Foreign Affairs and International Cooperation Minister Luigi Di Maio, at the beginning of this year, confirmed the importance that Italy attaches to its relationship with Serbia. During both visits, the Italian and Serbian authorities recognised the importance of the two countries’ economic ties as being a fundamental component of our excellent bilateral relations. Italy also encourages Belgrade to adopt and implement reforms in the interest of Serbian citizens and foreign investors, in order to further improve the business environment and the stability of the economy.

Serbia has already successfully attracted Italian FDIs over past years and – with the completion of the privatisation process, the advancement of the fiscal sector and the judiciary, and the efficiency of public administration in general – Serbia will become an even more interesting market for other Italian companies.

Many Italian companies invested in the Serbian manufacturing sector in 2018 and 2019, opening new factories or expanding their production. The COVID-19 Pandemic has hit the Serbian economy in an asymmetric way during 2020, impacting some sectors more than others, but surveys show that Italian businesses have not lost their interest in the Serbian market, while many indicators prove that the propensity to increase their presence again is clear.

The Italian companies that already do business in Serbia are satisfied with the way the Government of Serbia responded to the epidemiological crisis, which represented a harsh test for all the economies of the planet and showed the stability and resilience of the Serbian economy. Forecasts for 2021 are positive, and Italy will certainly contribute in terms of investments, goods and technology.

There are great prospects for the further development of economic collaboration in many sectors – from the more traditional ones, like agriculture and infrastructures, to the emerging ones, like new technologies, renewable energies and the sustainable and smart economy. As for agribusinesses, the recent availability of IPARD funds for rural development will allow more Serbian companies to purchase Italian agricultural technologies.

Statement by the Italian Embassy in Belgrade regarding the coronavirus pandemic

At this dramatic moment in Italy, severely affected by the coronavirus pandemic, the Serbian people have shown great solidarity with our country by offering...
Read more

Football club Juventus extended its sponsorship agreement with Allianz mid last month in a deal worth more than €100 million to the Serie A...
Read more