Supermodel rachel hunter is in love with india, a country that has helped her connect with her inner being. She takes us on a guided trip of her two favourite spiritual destinations: varanasi and rishikesh

It was back in 2015 when I was filming the television series Rachel Hunter’s Tour of Beauty, that I landed in New Delhi late one night. As I walked outside the airport, my mind was filled with excitement; I couldn’t wait to explore the unknown, but yet it seemed so known. I went to stay in one of the nearby hotels and the next morning I flew to Varanasi.

Varanasi, in Uttar Pradesh, was the first city in India I experienced. While my choice surprised many, in hindsight I realised it was the best decision I could have ever made. It is an incredibly intense, magical and transformational city. One of the oldest and holiest cities in the world, it is said that Lord Shiva himself resides here. Some may find Varanasi’s vibrant culture a little overwhelming at first, but one needs to be patient to understand this old city. One has to wait for the living heritage of Varanasi to unravel itself, one intoxicating layer at a time. 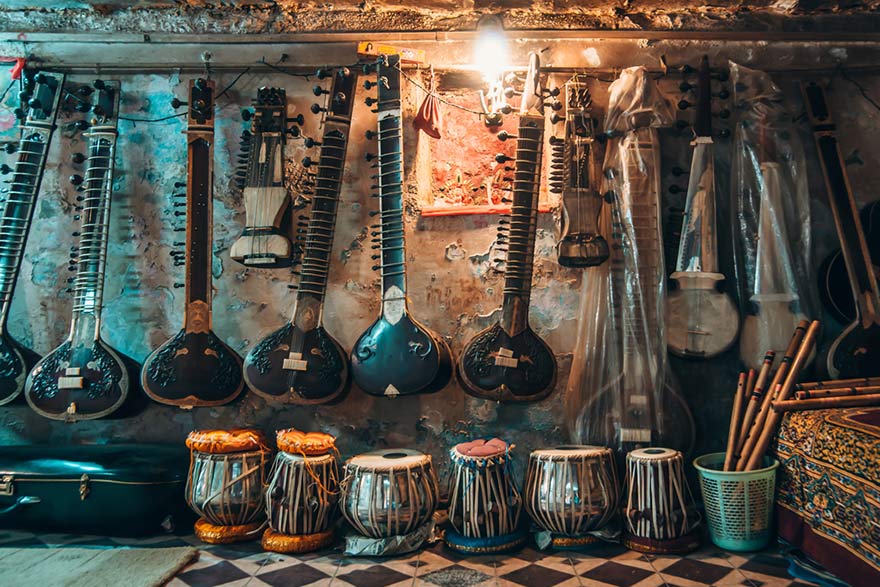 Varanasi, with a divine and devoted warmth, is of great spiritual importance, drawing the faithful from across the world. I too had come in search of faith; to replenish my soul and discover a way of life that was opposite to what the Western world follows.

My first morning in Varanasi started with the sound of chants from a nearby temple. The sky was still dark outside my hotel room, but it seemed the city was already waking up, getting ready for the daily chores of the Lord. As I walked along the bank of the River Ganges, the holiest river in India, I realised it was not just the spectacular sunrise that made the morning special. It was also the people and the pious atmosphere of the city that made the experience so special. As the sun rose over the Ganges, blazing red, silhouetting the bobbing boats, the city invoked the early rituals of bathing and honouring the gods and goddesses with prayers. The air was filled with people praying, temple chants and the ringing of bells in temples, which a priest explained was done to awaken the gods. As the city came to life, so did the river. Devotees offered prayers to the river and the Sun god, children leapt into the water making loud and gleeful splashes, yoga enthusiasts practised asanas on the steps along the bank, while boatsmen readied their boats for mesmeric early morning rides. As I sat in a boat, its hypnotic sway played on my senses, and the city of Varanasi seemed to be rising from the river, like a vision and a dream. 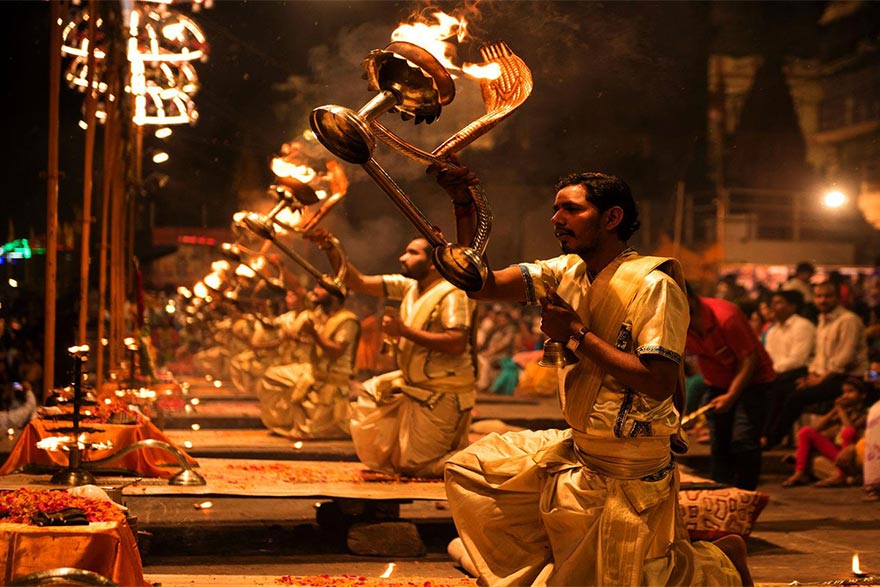 The river here is lined by several ghats, each earmarked differently. Later in the day, I chanced upon another ghat, Manikarnika, where cremations of the dead take place according to Hindu rituals. I observed loved ones honouring those who had passed away and seek salvation. It was as if life completes its cycle in this city.

Eventually, exploration of Varanasi took me to the Sankat Mochan temple, dedicated to Lord Hanumana. This quaint temple, tucked into a quiet bylane, is unique in its simplicity. With the glorious Hamumana Chalisa (prayers) being chanted and monkeys, favourites of the God, roaming freely throughout the compound, it’s fascinating to just sit on the floor and watch people passing through. There is a temple at every turn in Varanasi. There is so much to discover – so many paths and so many temples to explore, but if I told you where they were then the pilgrimage would be mine and not yours. One has to discover the city to feel its devotion. I remember one night, on my return to Varanasi last year, I sat at the foot of the steps of the Vishwanath Temple listening to the chanting. As I sat there, the rhythmic chant resonated deep within, I felt I had been reborn! Varanasi gives birth to a new way of thinking, allowing you to open your inner wonder, making you see life as if through the eyes of a curious child. Breathe in and breathe out to let the magic begin.

After Varanasi, it’s Rishikesh, the town of spirituality and yoga in Uttarakhand, nestled in the Himalayas, and that’s my favourite in India. The town has the swiftly flowing Ganges and crowds veering towards a magnificent aarti (a ritual of lamps held along the river banks) every evening. While in Varanasi, the Ganges is a magnificent sight that’s powerful yet calm, in Rishikesh it hurtles down the mountain.

As night falls, it’s transformational to watch the twinkling lamps, which people float on the river, disappear into the night. When I first came to India I had come to learn yoga at the Sattva Yoga Academy in Rishikesh. Learning this ancient way of life was to be more than a wellness practise for me; more than just asanas. It became a way of life. 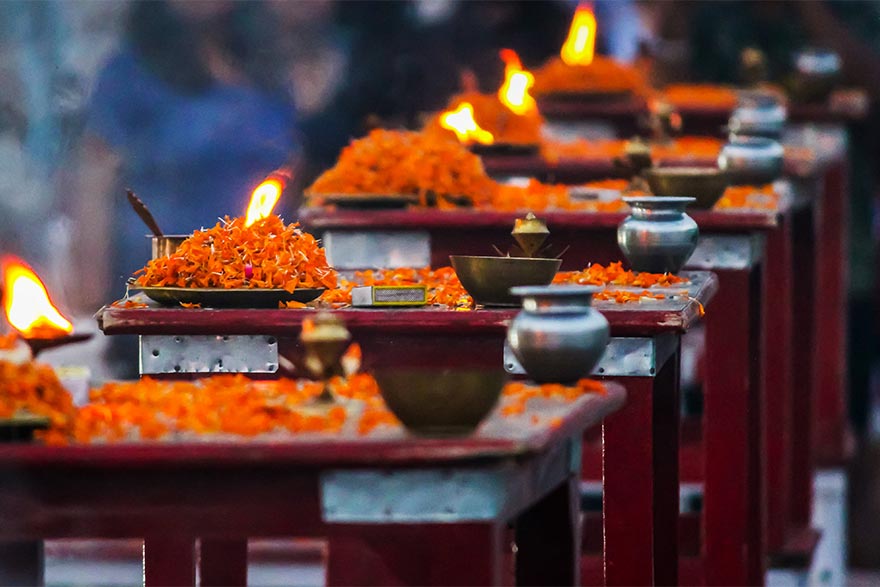 The Kunjapuri Devi Temple is also a magical sight. Hire a tour guide to experience the magic of the temple overlooking the mountains at sunrise. Chant or just sit silently as you watch the sun rise over the Himalayas. The priest blesses devotees when the temple opens its doors. The town is an amalgamation of experiences: the rose-flavoured lassi, spicy street food, the sweet smell of incense, the buzzing conversations and even the cows standing outside shops waiting for a treat. It’s not any one temple where I find solace in this town; this is all part of a spiritual journey.

And not just mine! The great pilgrimage of India has been a fundamental part of many lives, for the ways of simply looking inward, for the human ego to fall away and let one explore life fully. There is a saying: “While the rest of the world travelled externally, India went in”. This is India’s promise to the soul; a promise that is being fulfilled for centuries. Embrace the country and India will always love you.