In the hot summers, social life in Greece tends to be outdoors. In small towns and villages, the tradition of the volta continues, when at sundown much of the population strolls up and down the main street or, on the islands, along the shore

In summer and winter much leisure time is passed in the numerous cafés and coffee shops, both of which have been traditionally a male preserve. It is also not uncommon to find in a single village one coffee shop where the adherents of a particular political party congregate. Television, the Internet, and forms of video entertainment have to some extent undermined these traditional leisure patterns.

Greek cuisine, particularly such sweets as baklava and kataifi, reflects the centuries of Turkish rule. The food in Thessaloníki—in northern Greece and part of the Ottoman Empire until 1912—in particular still reflects a strong Ottoman influence and is a testimony to the massive influx of refugees from Asia Minor in the 1920s. The traditional, healthy diet of Greek peasants in general was based on vegetables, fruit, olives, olive oil, cheese, bread, and seafood, meat being a luxury eaten only on special occasions. With the country’s growing affluence, meat has come to assume a more important place in the Greek diet, “fast foods” have taken hold in the cities, and the incidence of heart disease has risen accordingly.

Greek society is noted for its strong family structure and a low crime rate. The extended family, and the obligation placed on family members to provide mutual support, is of the utmost importance. The centrality of the family has been little affected by the rise of the middle class that has been a feature of the development of Greek society since the end of World War II. During the 1980s important changes were introduced in Greek family law.

Civil marriage was instituted in parallel with religious marriage, the dowry system was abolished (though marriages are still sometimes seen to some degree as economic alliances in theory), divorce was made easier, and the hitherto dominant position of the father in the family was restricted. The great majority of the country’s businesses remain small, family-run enterprises. This is especially true of shipping, in which tightly knit clans of families dominate the industry. The family structure of industry acts as an impediment to modernization. The wheels of society continue to be lubricated by mesa (connections) and rouspheti (the reciprocal dispensation of favours).

Two Greek poets have won the Nobel Prize for Literature: George Seferis in 1963 and Odysseus Elytis in 1979

The main holiday periods revolve around Easter and the Feast of Dormition (Assumption) of the Virgin in mid- August. Easter is the most important religious and family festival, with many people returning to their native villages for the traditional festivities, which include the vigil in church on Saturday evening, the lighting of the Holy Fire at midnight on Easter morning, and the roasting of whole lambs on spits for the Easter meal. August is the traditional vacation month.

Against the background of this extraordinary cultural heritage, Greece enjoys a thriving artistic life. Greece has made its greatest contributions in the field of literature (see Greek literature). Constantine Cavafy, an ethnic Greek who lived most of his life in Alexandria, Egypt, is frequently ranked among the great poets of the early 20th century. His work is suffused with an ironic nostalgia for Greece’s past glories. Two Greek poets have won the Nobel Prize for Literature: George Seferis in 1963 and Odysseus Elytis in 1979. The novelist best known outside Greece is the Cretan Níkos Kazantzákis, whose Zorba the Greek (1946) was made into a popular film (1964). Other 20th-century Greek writers include Kostís Palamás, Angelos Sikelianós, Kostas Varnalis, Pandelís Prevelákis, Strátis Myrivílis, Yannis Ritsos, Nikephoros Vrettakos, and Nikos Gatsos. More-contemporary writers and poets include Dimitris Lyacos, Nina Rapi, Eleni Vakalo, Ersi Sotiropoulos, and Miltos Sachtouris. 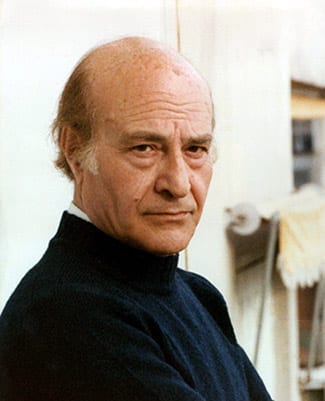 A number of Greek composers have acquired an international reputation, including Nikos Skalkottas, Manos Hadjidakis, and Mikis Theodorakis, and the country has also given the world of music such notables as Dimitri Mitropoulos Maria Callas, and Gina Bachauer. Well-known Greek painters and sculptors include Nicolas Ghika, Yannis Tsarouchis, Yannis Moralis, Spyros Vassiliou, and Photis Kontoglou.

Internationally known Greek contributors to theatre and film include Karolos Koun, Melina Mercouri, Costa-Gavras, and Theo Angelopoulos. The traditional shadow puppet theatre, Karaghiozis, is now largely extinct, having been displaced by television and other leisure pursuits. There is, however, a lively Athenian theatrical tradition in which political satire plays an important part.

Perhaps most significant of all is the enormous influence of ancient Greek art (see Western sculpture; Western architecture; Western painting, Greek pottery) and Greek mythology on later Western art and literature. Of countless examples that can be offered, a few should suffice to demonstrate the reach of what is known as Greek civilization. Such Greek statuary as the kore and the kouros—themselves reflecting an interaction with other cultures (particularly that of Egypt)—and later developments represented by such works as the Louvre’s Winged Victory of Samothrace provide a major chapter in the art history of Europe and North America. In architecture, the Greek temple remains a classic form.

Ancient Greek tragedies (such as Euripides’ Medea) and comedies (such as Aristophanes’ Lysistrata) were presented in various styles into the 21st century. One of the classic Greek tragedies— the fated marriage of Oedipus to his own mother, Jocasta, detailed in Sophocles’ Oedipus cycle—formed a keystone of Sigmund Freud’s psychoanalytic theory. Another resonant tale, Homer’s Odyssey (8th or 9th century BCE), was the basis of Irishman James Joyce’s 20th-century masterwork Ulysses. A moment’s reflection can call to mind an abundance of paradigms.

There are estimated seven million Greeks scattered around the globe who have never been so united when it took the emotional bonds of sport which pull them together. Like the Jews and the Irish, the influence of the Greeks spreads way beyond their homeland. Anywhere you go in the world you will find a Greek. They enjoy being noticed by others. One thing Greeks cannot tolerate is being ignored.