CTPark Belgrade North, the largest industrial park in Serbia, is set to welcome its first tenant in November: Tehnomanija

Dutch company CTP Invest is the leading owner and operator of business and industrial parks in the region of Central and Eastern Europe. With a portfolio that includes more than 5.8 million square metres of commercial and industrial space in seven countries across CEE, CTP cooperates with over 500 clients.

CTP has been operating in Serbia since September 2017 and has a portfolio that includes four CTParks and nine facilities, encompassing a total surface area of over 180,000m2 in the cities of Belgrade, Novi Sad and Kragujevac.

The construction of the new CTPark Belgrade North officially began at the beginning of 2020, with company CTP Invest having bought 15.3 hectares of land with the intention of constructing one of the largest industrial parks in Serbia. Three separate facilities of premium A class modern industrial space will be built within the scope of the park. The park is strategically positioned between Belgrade and Novi Sad, the country’s two largest cities, immediately beside Highway A1, next to the Novi Banovci intersection, ensuring that it is well connected with all cities in the region.

CTPark Belgrade North is extremely well suited for “first mile” logistics and production. Another particular advantage is the close proximity of Belgrade, Novi Sad, Inđija and surrounding settlements, due to the easy availability of the workforce.

Completion of the construction of the project is planned for November 2020, when the space will welcome its first tenant – Tehnomanija, a market leader in Serbia in the field of retail of electrical and electronic devices, and CTP Invest notes that this marks the beginning of a long-term partnership and a future of mutual success and growth.

Within the framework of CTPark Belgrade West in Šimanovci, CTP Invest constructed 14,000m2 of space in 2019 that has been fully leased to companies SIKA and Emmezeta. CTP owns another facility within the scope of this park, occupied by Phoenix Pharma, and is set to launch works on a third facility, covering 7,000m2, during 2020.

CTP is also active in other cities in Serbia. During 2019, within the scope of CTPark Kragujevac, it built a 25,000m2 facility in record time for the needs of the client Yanfeng Automotive Interiors. Their factory in Kragujevac is the company’s first in Serbia, while it also contains a laboratory and R&D centre, as well as office space. 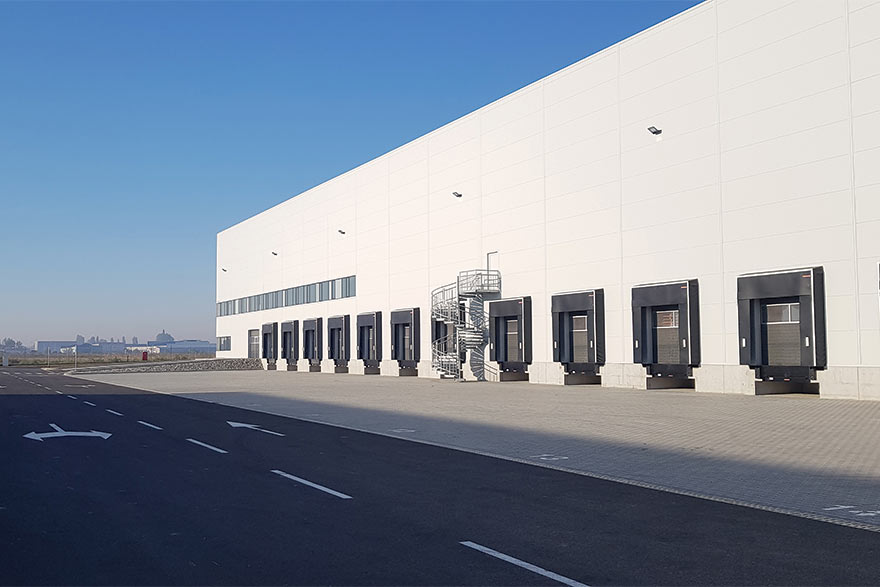 The construction of a new facility within CTPark Kragujevac began in July 2020. Encompassing an area of 30,000m2, this facility is intended for company Yanfeng Seating and will create over 300 jobs once production is launched.

CTP is also completing the construction of the first facility at CTPark Novi Sad, which represents one of the most modern factories in Serbia. The first tenant – BMTS Technology, one of the world’s leading manufacturers of turbochargers – took up occupancy of the space during April 2020. This facility also contains an R&D centre for 50 engineers and another 70 highly educated employees.

BREEAM is one of the most important ratings systems for green buildings, which uses ranking systems and criteria to evaluate technical characteristics, design, construction and the way a building is used.

Over the course of 2020, CTP’s entire portfolio – both in the group and in Serbia – has been BREEAM certified, while CTP is the only company in Serbia that will certify its industrial facilities with BREEAM certification. CTP considers this move as confirmation of its orientation towards the construction of environmentally sustainable facilities and green buildings.

According to CTP Director for Serbia Vlatko Đuriček, CTP is market-orientated and open to cooperation with everyone on the market, both small and large domestic companies, as well as foreign partners, while he says that the company also has long-term plans in Serbia and great interest in further investments.

“The satisfaction of our clients, or tenants, is best seen in the fact that 70% of new leases come from existing clients,” said Đuriček, inviting all companies to cooperate and establish long-term partnerships for mutual growth and success.