The European Union needs its own armed...
Read more

Why we can (not) use e-signature in labour agreements, which labour law documents are fully using e-form, is our...
Read more
17 April 2019
Facebook
Twitter
Email

Prime Minister Ana Brnabić said during a visit to the Palace of the Serbian Academy of Sciences and Arts (SANU) that the government has allocated €6 million for a complete reconstruction of this building, together with the design project.

After visiting the Audiovisual Archives, the Centre for Digitisation and the SANU Library, and after the talks with SANU President Vladimir Kostić and members of the Executive Board, Brnabić pointed out that the reconstruction of this building, which spans around 10,000 square metres, is a very complex project. 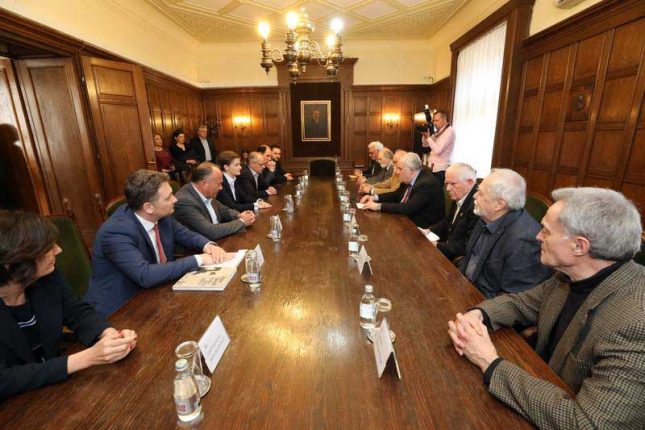 We will make a complete reconstruction of a building that is very important for our past, and if we are smart, it will be even more important for our future, she said, and stressed that it is important that the SANU Archive and Library be made to the highest world standards, so that the condition of the manuscripts that SANU keeps would not further deteriorate.

The Prime Minister pointed out that the Serbian Academy of Sciences and Arts has a cultural and historical heritage of immense importance and value for the Serbian people, culture and the state.

She explained that at this moment the project task is being elaborated in order to call a tender for the reconstruction of the SANU Palace and expressed the expectation that this will happen soon.

The Prime Minister noted that the Audiovisual Archives and the Centre for Digitisation possess state-of-the-art equipment, and recalled that the government invested approximately €2 million in the renovation of the rooms and the purchase of the equipment.

All this would mean nothing without the huge work, knowledge and dedication of the people from SANU who are behind this project; the Prime Minister said and added that it is important to preserve our cultural heritage from decay.