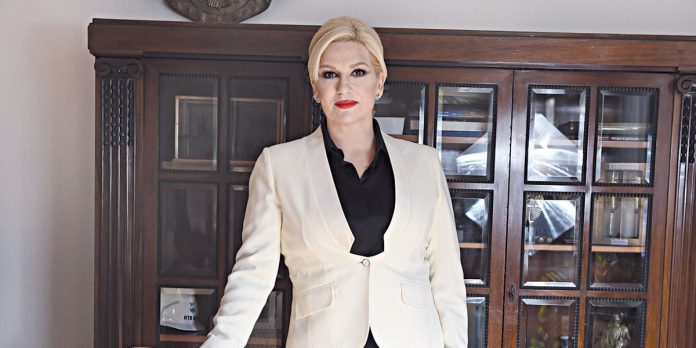 Over the few years that I have been in charge of the Ministry, we have achieved successful results and increased the construction industry’s share in the gross domestic product (GDP) from 4.4 to 5.1 per cent, while our goal is to reach at least 7 per cent. Our success would not have been possible if we hadn’t been able to launch the process of electronic issuing of construction permits: they were once issued within an average of eight months of the date of application, while today they are issued in a week.

Thanks to electronic building permits, Serbia was among the top 10 countries for the best reforms in the world on the World Bank’s Doing Business list.

The growth potential of the construction industry may have existed before, but it lacked a decisive government ready to make this vision a reality. The government that I am part of has done a lot in the field of construction, having improved the business environment for investors and also developed the real estate market.

In the past three years, we have enacted key reform laws. The Law on the Conversion of Usage Rights to Ownership Rights over construction land upon the payment of a fee was adopted, so today for the first time we have a database with all illegally constructed buildings in Serbia, and we have initiated a legislative procedure that has been awaited for over 30 years. We have allowed citizens to quickly and conveniently legalise illegal buildings and become legal owners of their homes. The ground-breaking Law on Planning and Construction was enacted, but more importantly, this law, which provides for the introduction of electronic building permits, has been successfully implemented in practice.

The government that I am part of has done a lot in the field of construction, having improved the business environment for investors and also developed the real estate market

A BUILDING PERMIT FOR EVERYONE IN A MATTER OF DAYS

The Law on Planning and Construction, which seemed mission impossible to many, has begun working in practice, which is also proven by data from the Serbian Statistical Office. According to this, in 2016, when the building permit was first made available electronically, the number of permits issued rose by 21.4 per cent compared to 2015, while the whole of last year was marked by a record-breaking number of permits issued month by month.

We take encouragement from the fact that the construction industry has gained momentum all over the country, not only in Belgrade. The most dynamic construction activity was recorded in the Mačva Region, which saw an increase of 13.8 per cent in the envisaged value of new construction. Close behind is the Braničevo District, with 12.8 per cent, and Belgrade with almost 10 per cent.

This positive trend has also boosted the value of building construction works. Thus the estimated value of works in 2016 rose by 26.6 per cent compared to 2015, which further suggests that our efforts have yielded good results.

The success achieved through these reforms did not go unnoticed internationally, with the electronic building permit being cited as the main reason for Serbia’s sharp improvement on the World Bank’s Doing Business list by 44 places in the last two years alone. On the criteria for the issue of building permits, Serbia stood almost at the bottom of the List in 2014, ranked 186th of 190 countries, while it leapt to 36th place in the most recent edition of the List, thanks to the introduction of electronic building permits.

Previously, investors used to wait on average 259 days for a permit, while now the permit may be obtained in just a few days. In some cases, investors were unable to start building as they were waiting for permits for years – something that’s almost unthinkable now. So we can rightly say this is a decade’s worth of reform for which I was awarded for the second time as the Reformer of the Year by the National Alliance for Local Economic Development – “Reformer of the Year 2016”.

The success achieved with building permits has motivated us to launch cadastre reform vigorously. I expect the adoption of the Law on Cadastre, which will abolish the administrative procedure in the cadastre so that the property registration procedure will only last a few days. We plan to establish an e-cadastre with real-time updates. 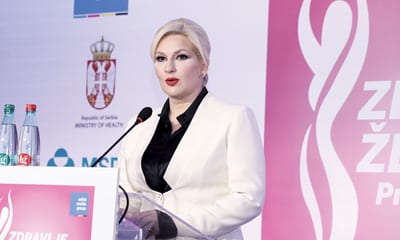 The Law on Planning and Construction, which seemed a mission impossible to many, has begun working in practice, which is also proven by data from the Republic Statistical Office

With the aim of further improving Serbia’s position on the prestigious Doing Business list, we have adopted an Action Plan that would help us jump in two years from our current 47th position into the world’s top 20 countries for conditions for doing business. These are concrete goals that we aim to achieve, not just empty promises. Achieving this and other objectives related to infrastructure projects will help us make Serbia a desirable investment destination. All major investors will be invited to Serbia, as we intend to develop the economy further and increase the standard of living.

There is plenty of work on infrastructure projects across Serbia. In the framework of the ZB6 Group from the Vienna Initiative, priority projects have been defined through SEETO that may see the involvement of prospective investors and construction companies, with a total of 24 projects in Serbia.

The total value of infrastructure projects implemented by Serbia currently amounts to around €4 billion, while new projects are worth €4.87 billion, making a total of about €9 billion. Upon completion, all the projects mentioned above will strengthen Serbia’s position as a transit hub for the region and as a country of the first choice for investors who want to invest in this part of Europe.

Although we are about to complete works on Corridor 10, we also want to finish Corridor 11 as soon as possible. Besides this, works will be intensified on the so-called “Morava Corridor”, connecting Čačak, Trstenik, Kruševac and Ćićevac. This is a motorway that will connect the two strategic corridors from Pojate to Preljina. In Vojvodina, we are about to begin work on the construction of the Fruška Gora Corridor, from Novi Sad to Ruma, wherein parallel with the project design talks will commence on the model and the means of financing works. As Corridor 11 is the fastest road link for Serbia to Montenegro and the Adriatic Sea, we will seek to implement partners for the sections from Požega via Pešter to Boljare.

For the most important regional project, the Niš-Merdare-Priština highway, which is to be built jointly with the EU, project documentation will be completed by mid-year and we expect to start discussing financing modalities, through which we will strive to provide for the highest possible participation of local companies.

Together with Bosnia-Herzegovina, towards the end of this year, we expect to complete the Ljubovija-Bratunac Bridge, with a joint border crossing. A decision has also been made on the construction of the Belgrade-Sarajevo highway, which will continue from Požega via Užice towards Bosnia-Herzegovina, with the route to be agreed upon by both entities.

Following the implementation of these projects, Serbia is expected to achieve high economic growth rates in the next few years. At the same time, our construction companies and their staff can count on secure jobs in the long term and gain references that will allow them to compete for projects abroad.

This government has demonstrated its commitment to local businesses and their staff, who are only required to perform well and meet deadlines. In the next two years, local companies will be able to apply for projects worth €977.7 million, including new road and rail projects, and a rehabilitation project that entails mainly engaging domestic firms.

The Ministry is committed to preserving construction companies and providing work for them, but we also take due care of the people they employ. With this in mind, we have set a requirement whereby companies applying for projects must be listed on the “white” list of construction companies, meaning they regularly pay all taxes, register their workers and pay their wages.

We launched the initiative to create “white” and “black” lists in 2014, precisely in order to see which companies pay their charges and their employees, where severe injuries at work often occur, and which registered companies have no staff at all. The Ministry of Construction, Transport and Infrastructure will support all responsible companies. On several occasions, I have suggested to local companies to join forces and be well organised, as it would help them win million-dollar deals and become main contractors. 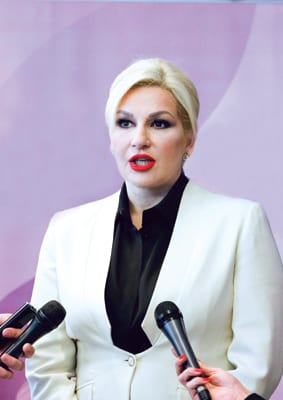 Although we are about to complete works on Corridor 10, we also want to finish Corridor 11 as soon as possible

CITIZENS WILL OWN OF THEIR HOUSES AND ENTREPRENEURS THEIR PREMISES

The Ministry of Construction, Transport and Infrastructure has decided to tackle problems that have not been addressed by some of our predecessors, and one of these is precisely illegal construction, an issue that has been neglected for a number of years. The list of illegal buildings is about to be completed, and their legalisation will follow soon afterwards. Thus citizens will be able to become owners of their homes in a rapid and affordable way, while entrepreneurs will have an opportunity to legalise their business premises.

According to recent estimates, Serbia now has a total of 2.2 million illegal buildings. The scale of our engagement on this matter is best illustrated by the fact that in November last year all municipalities in Serbia registered a total of 346,000 buildings, while in the last three months alone around a million buildings were listed in the register. Thanks to the census, Serbia will obtain its first database of all illegal buildings.

Following the decision to employ – for activities related to legalisation – as many as 1,056 people from the Employment Office aged between 30 and 35, most of whom were being employed for the first time in their lives, a total of 1,353,463 buildings were registered by 14th March 2017. This clearly demonstrates that we can succeed in achieving our goals, and that recruiting young people, along with performing regular inspections by the expert teams of the Ministry that visited all locations across Serbia, has shown good results.

Completing the legalisation procedure is important for all citizens who will be able to leave legally registered flats and houses to their children, but it is also important for local governments that will collect a minimum of €100 million from the legalisation fees. The local governments will not spend that money on salaries, but rather the funds will be returned to citizens through the construction and renovation of local roads, sewage systems, water supplies, schools and nursery schools.

Following the census, our next goal is to make local government embark effectively on issuing formal decisions on legalisation. To date, 44,006 decisions have been issued, with a total of 1.2 billion dinars collected in taxes.