The Government of Montenegro has set itself ambitious goals for achieving economic growth, attracting investments and implementing major infrastructure projects in order to advance the standard of living of its citizens. The main challenges on that road include the adapting of public administration, the business environment, the labour market and tax policy. In terms of the level of investment per capita, Montenegro is among the most successful countries in Europe, but the government still has a lot of work ahead of it when it comes to rounding off the business environment and creating institutional conditions for the efficient functioning of the economy, says Montenegrin Economy Minister Vladimir Kavarić.

The government is committed to meeting the targets set both on the domestic front and through integration in the region, which is driven by the Berlin Process, while the ministry itself has had significant success in that in the previous period.

What are the most important goals of the Montenegrin Government’s economic policy this year?

The basic aim of the economic policy of the Government of Montenegro is to achieve dynamic economic growth of at least four per cent, with the goal of contributing to improving quality of life in the long run. We are striving to achieve the acceleration of economic growth through constant work on strengthening macroeconomic stability and improving the competitiveness of the economy.

What do you see as the biggest challenges in the implementation of long-term structural reforms?

Structural reforms are an important instrument that should contribute to speeding up economic growth as the main aim of macroeconomic policy. They are also essential for strengthening fiscal stability and improving competitiveness. The main challenge is to adjust state administration, the business environment, the labour markets and tax policy, due to the need to accelerate economic activity. 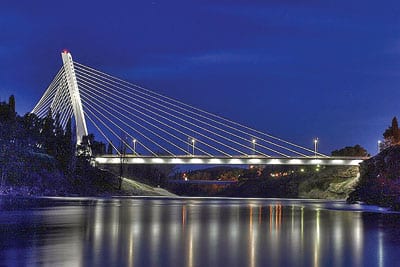 In the coming period, as has been the case to date, I expect the biggest influx of investments to be in the tourism sector, the energy and manufacturing industries, and in agriculture, as important development areas that are becoming ever more interesting for foreign investors

In which areas of the economy expect the biggest influx of investment?

Net foreign direct investments in Montenegro, especially per capita, are among the highest in Europe. They record a high share of GDP in the last 10 years. And in the coming period, as has been the case to date, I expect the biggest influx of investments to be in the tourism sector, the energy and manufacturing industries, and in agriculture, as important development areas that are becoming ever more interesting for foreign investors. Through various projects, such as business zones and direct investment incentives, we also expect investment in industry, and also the rounding off of a competitive business environment. In this way, we can achieve investment activity in industries in which we had fewer expectations, emerging industries such as the IT sector …

How much can the national branding project help to create opportunities for a better performance of the economy?

The point of this process is to gather under one brand the best from Montenegro in all areas. This will ease the promotion of a large number of national products. On the other hand, our best brands will in turn impact on the overall image of Montenegro and its branding. It will also encourage internal competition at the state level and the need to adopt the best standards.

How do you want to position Montenegro in the context of the region and where do you see the greatest interest for the country’s entry into regional cooperation? How much does this interconnectedness impact on the arrival of greater EU funding in the region?

In global terms, as they are today, no country is self-sufficient. I repeated several times that the countries of the region should not compete with each other, but rather work together to approach other markets. Because of that, we have an active role in all regional initiatives. We consider our participation in the Berlin Process as being extremely important, which was confirmed at the Vienna Summit in August last year. In the final document of the Summit it was decided that funding would be secured for the region, and within that for Montenegro, for project documentation and part of works on some of the most important infrastructure projects. Within my remit, I would single out grants for energy interconnections with Serbia and Bosnia-Herzegovina; for the project to improve the security of energy supply and to study the assessment of environmental impact for the Master Plan of the gasification of Montenegro.

This brings us to the question of progress in the installing of the undersea cable between Montenegro and Italy. Are you satisfied with the pace of works?

Whenever such large projects are in question unforeseen situations can arise, but what’s important, and what we are satisfied with, is the fact that on both sides of the Adriatic serious work is being carried out on the realisation of this project that is important not only for Montenegro, but for the entire Balkan region and beyond . Let me remind you that in this way we are creating a network of connections in the region and with the EU market. Moreover, in this way gains are also made in terms of the importance of all investments in energy sector projects in this part of the world, along with strengthening the region’s distribution capacity. 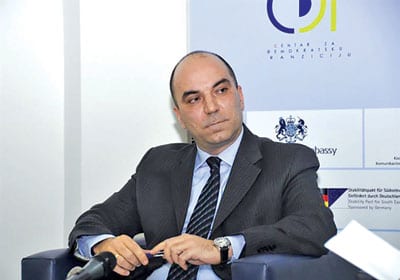 We want to gather under one brand the best from Montenegro in all areas. This will ease the promotion of a large number of national products, while on the other hand our best brands will in turn impact on the overall image of Montenegro and its branding

How much do outstanding issues in negotiations with A2A regarding future arrangements in the Electric Industry of Montenegro (EPCG) impact on plans to build a second thermal power plant (TE)?

This issue with A2A was closed even during the conclusion of the Interim Agreement last year, because the Government’s condition for the resumption of talks on future cooperation was that our common goal, as the two largest shareholders, would be the construction of Unit 2 in Pljevlja. And that is clearly recognised in all documents between the Government and A2A.

How certain is it that your joint application with Albania for the construction of the Adriatic-Ionian Gas Pipeline (IAP) will gain the support of the Western Balkan Investment Framework for the allocation of technical assistance funds?

The Ministry of Economy intensified communication with the Ministry of Industry and Economy of the Republic of Albania for a joint approach to the implementation of the Adriatic-Ionian gas pipeline. In this sense, a joint application has been prepared for the Main Design of the IAP project, for Montenegro and Albania, and the same applied for a technical assistance grant under the Western Balkan Investment Framework.

I will remind you that, in the context of the 10th call for the Western Balkan Investment Framework the Montenegrin Ministry of the Economy received a grant in the amount of €550,000 for the Master Plan for the Gasification of Montenegro. The master plan will represent a balanced state when it comes to the gas market in Montenegro, as well as institutional measures that need to be undertaken at the level of ministries and regulators responsible for this area.

Montenegro will soon launch the exploration and exploitation of oil and gas in its seabed. In the process it has implemented the best solutions of international practices in order to simultaneously develop tourism, manufacturing pipelines and other activities

The Montenegrin Government recently selected the consortium of ENI and Novatek as concessionaires for the exploration and exploitation of oil and gas in its seabed area. When do you expect this research could start?

The signing of the contract is expected immediately after adoption by the Parliament of Montenegro. Montenegro implemented best international practices in this process, in order to simultaneously develop tourism, pipeline manufacturing and other activities. In addition, we protected the interests of the country through multiple levels of warranty, starting from the unconditional guarantee for the execution of a mandatory work programme and two separate investigative periods, which are given for 100 per cent of the defined main works. The value of the guarantee for the first investigation period for both companies is €85 million.

As secured funds, apart from this, we also envisage a required comprehensive insurance policy for the oil and gas industry, as well as the Fund for the decommissioning of plants as security if the concessionaires do not fulfil their obligations with regard to the removal of the plant. Payments into this fund are carried out annually, from the beginning of the production phase. It is particularly important that we have specified with legislation that 62 to 68 per cent of companies’ income goes to the state, i.e., a special fund that will be of a development character and based on the Norwegian model.

In your opinion, how much investment can Montenegro attract in the field of renewable energy sources?

Montenegro has actively embarked on the use of renewable energy sources. The implementation of 21 contracts for the construction of 41 small hydropower plants is currently underway. The expected inflow of both domestic and foreign investment on the basis of signed contracts is approximately €110 million. So far seven small hydropower plants have been made operational, six of which came online during 2015. The indicative value of investments on the basis of the construction of the six small hydro plants is about €15.3 million. It is planned for another four to start operating during 2016.

Construction of wind farms and the installing of a capacity of 72 MW at the location of Krnovo, in Nikšić Municipality is a contracted investment of over €140 million, while the project to construct a wind farm on the Možura site is worth around 65 million euros.

Are plans linked to the construction of wind farms in Možura developing in accordance with your plans?

Construction has officially begun and we expect investors to finish within the contractual dates, i.e. by the end of 2017.

We Are Committed To Our Future

The strong progress made by Montenegro since the restoration of independence in building democratic institutions and the modern economic environment – within the framework of EU and Euro-Atlantic integration – now obliges that the government takes on more ambitious goals: the creation of the preconditions for sustainable and dynamic economic growth and increasing employment
Read more

The Government of Montenegro has set itself ambitious goals for achieving economic growth, attracting investments and implementing major infrastructure projects in order to advance...
Read more

We Can do it Even Better

The Montenegrin Government is well aware of the importance of foreign direct investment for the sustainable growth of the economy and has done a lot to improve competitiveness, transparency and business-friendliness. Nevertheless, there is still work to be done and challenges to be overcome.
Read more