We spoke with Danijela Čabarkapa, executive director of the Japanese Business Alliance in Serbia (JBAS), about the plans of this newly founded business association.

When was the Japanese Business Alliance in Serbia founded and what are this association’s goals?

In which areas of the industry are representatives of Japanese business active in Serbia today?

– Five Japanese investors currently operate in Serbia, with the recent investment of company Yazaki – following the investments of JTI and Panasonic – representing Japan’s first greenfield investment in Serbia, while investments at the global level, by the until recently Slovenian Helios and Italian Lames group, became part of Japan’s Kansai, i.e. Hi-Lex, and with them the aforementioned factories of these companies in Serbia. In addition to the noted companies, another eighteen Japanese companies operate in Serbia, as well as over forty Serbian companies that work closely with Japanese firms.

How do the business people gather within the Japanese Business Alliance assess Serbia’s investment and business climate?

– The current implementation of the first greenfield investment sends a positive message about conditions for doing business in Serbia, as well as sending a positive signal to other Japanese companies that are considering Serbia as a business destination. However, there is room for further improvement, and here we are primarily referring to increasing the efficiency of the public administration and reducing bureaucracy and ensuring the predictability of operational costs, as well as the clear and transparent implementation of laws.

Representatives of the Japanese business community in Serbia operate in the fields of the automotive industry, pharmaceuticals, tobacco, chemicals, the mechanical, electronic, creative and IT industries, medicine and trade

Which factors have contributed to the growing interest among new investors from Japan compared to the previous period?

– What Japanese investors value in particular is the availability of a high-quality workforce, free trade agreements and the preferential trade system that Serbia has with other countries, competitive business costs and state support through an incentive system and operational support when operating in Serbia.

The business climate in Serbia can be assessed as positive, thanks to the stability and the increased predictability of operations, which are a result of intensive and open dialogue between investors and representatives of official institutions of the Republic of Serbia.

How many members does the association have today and what are your next steps and planned activities?

– The association currently comprises fifteen companies, including Japan Tobacco International, TAKEDA, Nipro, Panasonic, Astellas, the Mitsubishi Corporation, Mazda, Mitsubishi Electric, TERUMO, Yokogawa, Law Office Stanković & Partners, Mikro Control AIM Grand Motors and E-Smart Systems, and we expect to be officially joined by additional members by the end of this year. Considering that, after the fulfilment of technical preconditions for functioning, conditions have also been met for the association to implement specific activities, we are planning to stage an event in the coming period to mark the official launch of the JBAS’s work, in cooperation with the Embassy of Japan in Serbia.

The association’s activities will focus on strengthening communication with the relevant public institutions that are important for the operations of the association’s members, through the intensification of dialogue, in order to improve the business climate in Serbia, which will also be contributed to through the Alliance’s activities directed towards providing support in intensifying the presence of the Japanese business community in Serbia. 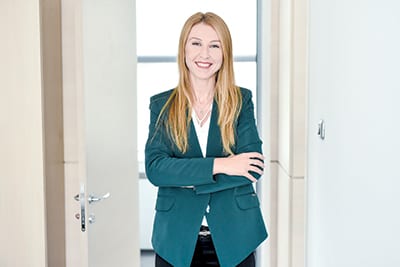 Alongside the commercial aspect of the operations of Japanese companies, they also attach great importance to social responsibility and are very active when it comes to supporting the local community

In which way will the association provide support when it comes to informing Japanese investors about Serbia?

What are the key business values that Japanese investors have brought to Serbia?

– It is known that in Japan individual interests are subordinated to the interest of the nation as a whole and that they particularly value patience, trust and loyalty, which is why the stability and predictability of conditions for doing business highly value, and contribute to the improvement of the business culture and value system in the country in which operations are conducted.

Likewise, it is important to note the transfer of technologies and know-how in the fields of managing and organising operations. Alongside the commercial aspect of the operations of Japanese companies, they also attach great importance to social responsibility and are very active when it comes to supporting the local community, which also contributes to improving the living conditions of citizens.

To the best of your knowledge, how familiar are Serbian businesspeople with the Kaizen philosophy?

– The Embassy of Japan and the Japan International Cooperation Agency (JICA) worked intensively in the previous period on familiarising Serbian companies with the Kaizen philosophy, with the support of domestic institutions, and the plan is to continue with this in the future. Support in the introduction to the kaizen method was also provided by company JTI, which successfully implements Kaizen principles at its factory in Senta on a daily basis.

In the previous period, Serbian companies had the opportunity to work on improving their operations through direct work with Japanese consultants, and this project will also continue in the future, through JICA‘s cooperation with the Development Agency of Serbia, which will also be supported by the Japanese Business Alliance in Serbia.

Where do you see the greatest contribution of the Japanese Business Alliance in Serbia to promoting future Japanese-Serbian economic relations?

– The Japanese Business Alliance in Serbia will be a bridge between the public and private sectors, and on the one hand, through dialogue with the state, it will send clear recommendations for areas that need to be improved in order to increase the attractiveness of Serbia as a business destination for Japanese companies, while on the other hand, it will promote the potential for doing business in Serbia among Japanese business circles.

Changing The Image Of Serbia

Many Japanese people still think Serbia isn’t perfectly safe, due to the wars that the entire Western Balkan region went through in the 1990s. In that sense, the challenge for the Serbian side is to disseminate the correct information on Serbia to Japanese people for the purposes of erasing such a stereotyped image of Serbia. Please be assured that the Embassy of Japan in Serbia is always on your side – Junichi Maruyama
Read more

As of recently, Serbia has been able to boast that, thanks to its active foreign investment policy, it has also become an attractive destination for Japanese companies. Also testifying to this is the visit of a JETRO delegation to Serbia after a gap of almost a decade. The occasion of this visit saw the trade sectors and the industries of ICT, construction, energy, chemicals, automotive and food production highlighted as potentially interesting areas for investment
Read more

Goran Pekez, President Of The Japanese Business Alliance In Serbia

Our Cooperation Should Be Even Stronger

Open discourse between the state and industry is something that has contributed, and will continue to contribute, to improving the business environment in Serbia. Members of the JBAS are renowned companies that are very willing to cooperate with the Serbian Government and contribute to even stronger relations between Japan and Serbia
Read more

SMEs – Essential For The Serbian Economy

The Development Agency of Serbia (RAS) and the Japan International Cooperation Agency (JICA) recently announced the continuation of their joint project to advise and support the operations of micro, small and medium-sized enterprises (SMEs) in Serbia
Read more

Bridge Between The Public And Private Sectors

Fusion Of Business And Philosophy

“We owe our success, among other things, to the applying of the Kaizen business philosophy in our work, which is a specific way of thinking that encourages the creativity of employees, contributing to continuous progress,” explains Azhaiyp Kozhakhmetov, Operations Director at JT International a.d. Senta
Read more

Tjhe cultures and traditions of Japan are passed down through stories based on unique regional histories and traditions. The Agency for Cultural Affairs recognises these stories as Japanese Heritage.The Agency aims to revitalise local communities through comprehensive maintenance and utilisation of these attractive tangible and intangible cultural properties and their strategic promotion in Japan and overseas
Read more

The 2020 Summer Olympics, officially known as the Games of the XXXII Olympiad, are planned to be held from 24th July to 9th August 2020 in Tokyo. It will be the second time that Tokyo has hosted the Olympics.
Read more

Sushi is the most famous Japanese dish outside of Japan, and one of the most popular dishes among the Japanese themselves who usually enjoy sushi on special occasions
Read more