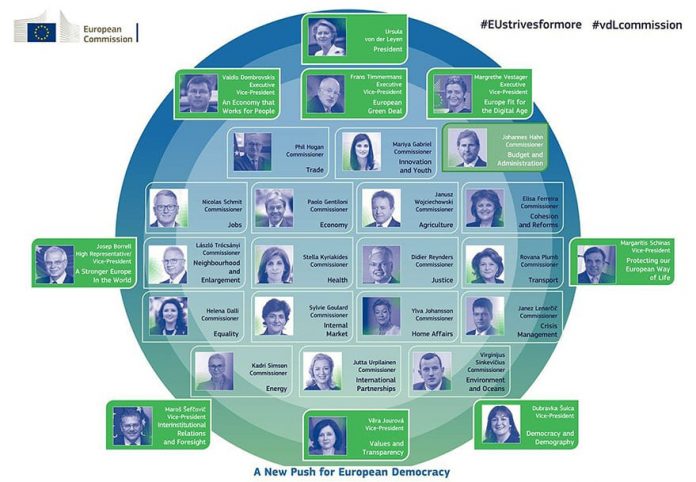 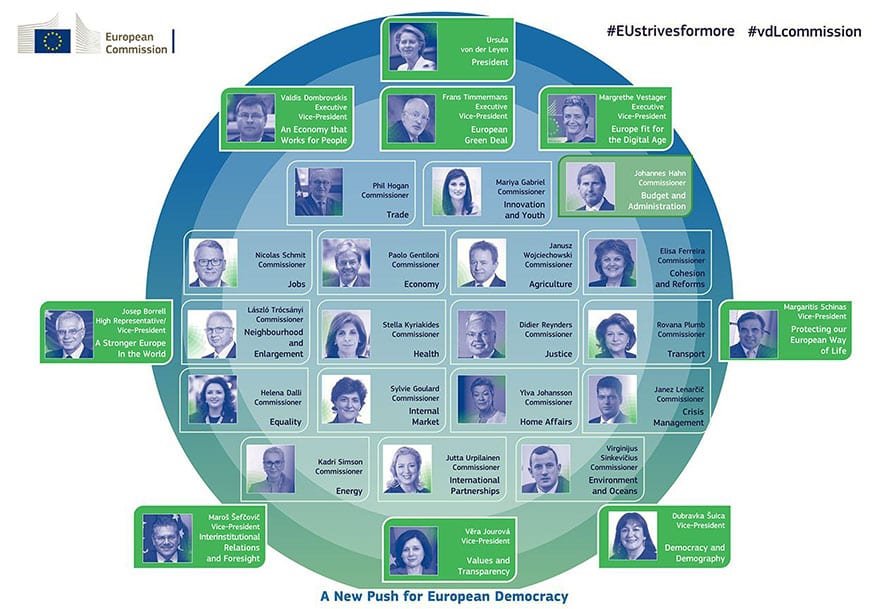 EU member states have accepted the list of commissioners put forward by the European Commission’s president-elect. For the first time, the commission could have almost as many women as men as members.

EU member states accepted the list of commissioner candidates on Tuesday after it was finalized by European Commission President-elect Ursula von der Leyen. Thirteen women and 14 men are among the appointments that followed up on her pledge to create a gender-balanced team.

The appointments were made based on recommendations from EU member states — but the decision must be greenlighted by the European Parliament before they can take office on November 1.

Von der Leyen on Tuesday said she intends to allocate portfolios among her proposed team. If accepted by parliament, it will be the most gender-balanced commission team ever.

A series of hustings will take place in the weeks to come, in which EU lawmakers can choose to reject some of von der Leyen’s nominees.

The commission is the European Union’s executive arm and comprises of around 32,000 staff members. It is responsible for proposing new EU legislation, which is put into practice throughout the bloc if approved by EU member states and EU Parliament.

Von der Leyen, Germany’s former defence minister and a close ally of Chancellor Angela Merkel, is due to take over the helm on November 1, succeeding President Jean-Claude Juncker. She will be the first woman to hold the position and was a surprise pick after weeks of wrangling among EU leaders.

The new Ursula von der Leyen Commission will reflect the priorities and ambitions set out in the Political Guidelines. Her team will shape the European way and will have to stand up for our values and world-class standards. Because we know that we are stronger by doing together what we cannot do alone.