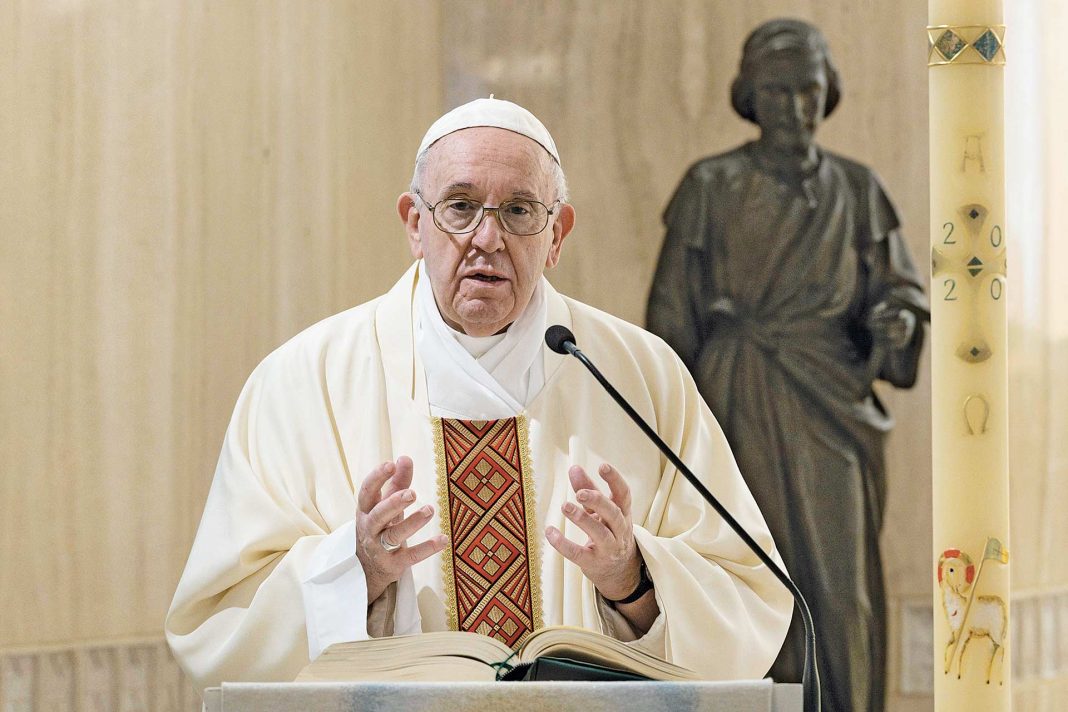 A Vatican judge has ordered 10 people, including an Italian cardinal, to stand trial for alleged financial crimes including embezzlement, money laundering, fraud, extortion and abuse of office. Those indicted include Cardinal Angelo Becciu (73), who was fired by the pope last year, the former heads of the Vatican’s financial intelligence unit, and two Italian brokers involved in the Vatican’s purchase of a building in a luxury area of London.

A Vatican judge indicted 10 people, including a once-powerful Italian cardinal, on charges including money laundering, fraud and abuse of office in relation to a London real estate deal and other investments in which it lost millions.

The 487-page indictment comes on the heels of a two-year investigation by Vatican prosecutors who sifted through what Vatican News described as an “enormous number of documents.”

The pope personally gave the required approval last week for Becciu to be indicted, according to a 487-page indictment request seen by Reuters. The Vatican announced the indictments in a two-page statement.

Those indicted include Cardinal Giovanni Angelo Becciu, the former chief of staff in the Vatican’s Secretariat of State, whom Pope Francis dismissed in September as the investigation gathered steam. Cardinal Becciu has maintained his innocence.

Also indicted were two former top officials at the Vatican’s financial oversight unit; officials at the Secretariat of State, including the cardinal’s former secretary; and Italian brokers and bankers involved in the London deal and other transactions. The Vatican also issued indictments against four companies, two in Switzerland, one in Slovenia and one in the United States.

The investigation, which began in 2019, brought to light “a vast network of relationships with financial market operators that have generated significant losses,” the Vatican said in a statement announcing the indictments. The investigation, it added, was “directly connected” to the pope’s efforts to “clean up Vatican finances.”

The accusations stem largely from the Secretariat of State’s investment in a building in London’s affluent Chelsea neighborhood, originally a showroom for the Harrods department store that had permits allowing it to be converted into luxury apartments.

Archbishop Nunzio Galantino, the president of the Vatican office that administers the financial assets of the Holy See, told the Catholic newspaper Avvenire last year that the Vatican lost millions on the deal. In December, the pope stripped the Secretariat of its most significant financial assets, turning them over to Archbishop Galantino’s office.

Initially, the Secretariat bought a minority stake in the London building. An initial €200 million deal was put together by Raffaele Mincione, a banker whose investments of Vatican funds had led to substantial losses, according to Vatican News. He has been charged with embezzlement, abuse of office and fraud.

The 487-page indictment comes on the heels of a twoyear investigation by Vatican prosecutors who sifted through what Vatican News described as an “enormous number of documents.”

In 2018, the Vatican decided to buy the building outright, and turned to another broker, Pierluigi Torzi, to help with the deal. But Vatican prosecutors — who have charged Mr. Torzi with extortion, embezzlement, fraud and money-laundering — say he refused to turn over ownership of the building. Mr. Torzi has denied any wrongdoing.

In all, the Vatican invested around €350 million in the venture, according to Vatican media.

Prosecutors accused the Vatican’s financial watchdog of failing to raise the alarm on the deal. René Brülhart, a Swiss anti-money-laundering expert hired by the Vatican in 2011 to head the unit, was charged with abuse of office. He said in a statement that the indictment was “a procedural blunder” and that he would be cleared at trial.

The deal was initiated when the Secretariat of State was under the watch of Cardinal Becciu, who was indicted on embezzlement charges and abuse of office. His boss at the time, Cardinal Pietro Parolin, the Pope’s No. 2 at the Vatican, authorized the deal but was not indicted. Francis was also aware of the transaction.

Last year, Francis ousted Cardinal Becciu from his job as the head of the Vatican’s saint-making department.

Prosecutors also set their sights on operations in which they claim that Vatican funds were inappropriately used by Cardinal Becciu to finance his brothers’ businesses and charities in Sardinia, as well as an external consultant who had been hired to help free Catholic hostages held in Africa. Instead, the consultant, who will also stand trial, made personal luxury purchases, prosecutors say.

The accusations stem largely from the Secretariat of State’s investment in a building in London’s affluent Chelsea neighborhood, originally a showroom for the Harrods department store that had permits allowing it to be converted into luxury apartments

Some defense lawyers expressed concern about the Vatican City-State’s legal code, which dates to a 1889 Italian code no longer in use. Critics say the code severely limits the rights of defendants, particularly in the pretrial phase when the defense has no access to the evidence that will be presented against their clients.

A legal code that is over 100 years old “runs counter to modern judicial systems,” said Filippo Dinacci, who is representing Mr. Brülhart.

In the Vatican legal system, prosecutors can directly indict someone without going through a judge or grand jury that would determine whether there is enough evidence to proceed.

Mr. Torzi was arrested in the Vatican last year when he testified before prosecutors, but was released and returned to London.

“The only documentation I have relates to the arrest warrant from a year ago,” his lawyer, Ambra Giovene, said in a telephone interview. But a year of fresh investigations followed, “and we know nothing about them,” she said. “We have to better understand what happened.”

Cardinal Becciu said through his lawyer, Fabio Viglione, that he would prove his “absolute innocence.”

“I had been waiting for some time to know the accusations against me to allow me to promptly refute them,” he said in a statement.

The first hearing in the case was on July 27.

Cardinal Becciu and his former secretary, Monsignor Mauro Carlino, were the only two defendants to attend the hearing. Both men have denied all wrongdoing. The others on trial exercised their right to be defended in absentia.

The trial mostly revolves around the purchase by the Vatican’s Secretariat of State of a building in one of London’s smartest districts.

“The pope wanted me to go on trial. I am obedient. I am here,” Becciu, wearing a black “clergyman” suit with a priest collar, told reporters before leaving the room.