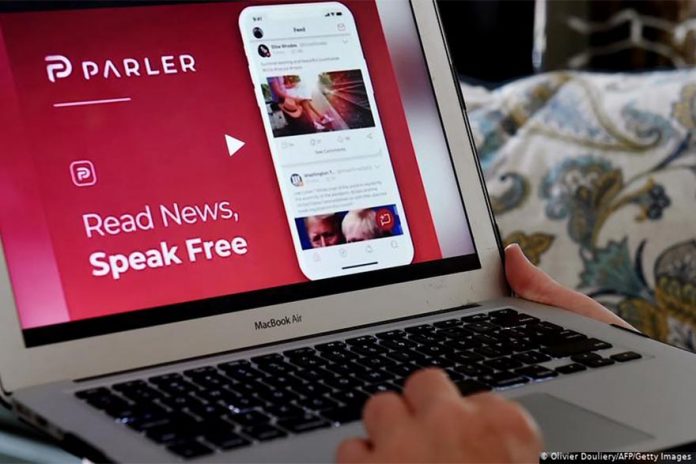 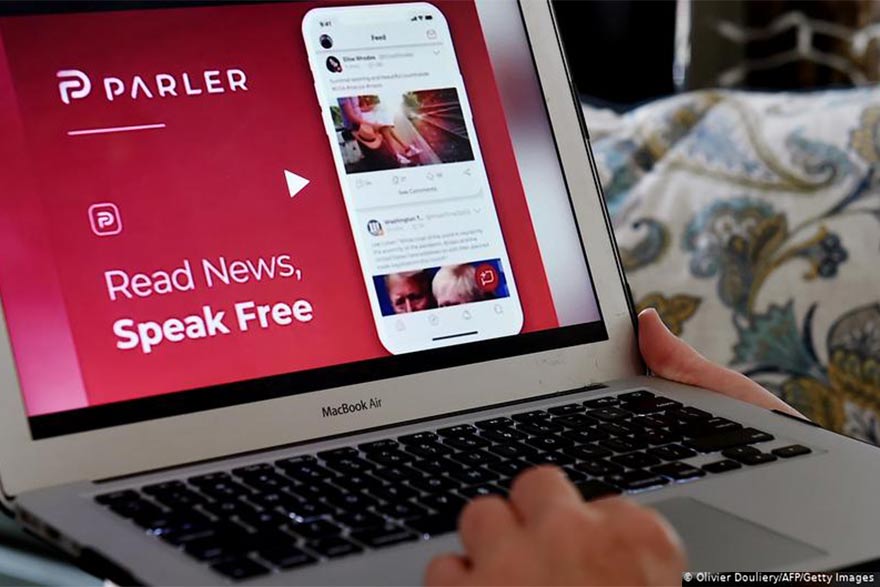 Since the social platforms Twitter and Facebook started warning users that information might be untrue, millions of President Trump’s fans have flocked to Parler. The app claims to allow free speech

“Welcome patriots to the last beacon of freedom on the web! Glad to have you,” is how Republican congressman Devin Nunes greets his new followers on Parler.

There are no warning labels, such as those recently used by Twitter to caution that US President Donald Trump’s tweets regarding the election results might be misleading. Parler founder and CEO John Matze told US TV channel Fox News in the summer that his app would not fact-check and this week he said that Twitter’s use of warning labels on Trump’s tweets were “pretty ludicrous.”

Parler’s guidelines state: “We prefer to leave decisions about what is seen and who is heard to each individual. In no case will Parler decide what content will be removed or filtered, or whose account will be removed, on the basis of the opinion expressed within the content at issue.”

Top of the app charts

This approach has attracted a significant number of radical right supporters. And the number of users has rocketed since TV networks announced that Joe Biden had won the US election. Matze told the Parler community that the app had acquired 4.5 million new users in just five days. On Wednesday in the US, Parler was the most downloaded free app on Google Play and the Mac App Store.

Nunes, one of Trump’s most loyal supporters in Congress, now has 1.7 million followers, whereas on Twitter, he only has 1.2 million. He used both platforms to suggest that US postal service managers in Erie, Pennsylvania had instructed their staff to backdate ballots. Twitter warned that this information was controversial, but Parler let it be.

Like Twitter and Facebook, Parler also suggests friends for its users. At the moment, this reads a little like a “Who’s Who” of the radical right in the US. “They don’t see a future for themselves on the major platforms where they believe that they are censored,” explained Miro Dittrich, an expert on far-right extremism at the Amadeu Antonio Foundation in Berlin.

However, he explained that Facebook remained the platform with the most radical right content. “Of course, since 2016 we have seen that platforms have become more aware of their responsibility and are now enforcing stricter community standards,” he told DW. “That means that incitement to violence and racism are deleted because they clearly violate community standards. They don’t like that of course.”

Parler has attracted racists, Holocaust-deniers and QAnon believers, who think that Satanist pedophiles have infiltrated the media and politics. “Misinformation has given rise to another view of the world,” explained Dittrich. “So, people are living in alternative realities, in which political foes are demonized as much as possible,” and where people speak of the coming apocalypse. “This creates a pressure to act. And unfortunately, we’re seeing that this pressure sometimes transforms into violence in the offline world,” Dittrich says.

In technical terms, Parler seems to still have a few glitches but CEO Matze warned new users that the problems were temporary.

Parler aims to program as much of its own code as possible in order to be independent of Silicon Valley. But the code is flawed: Whatever users search for, whether QAnon or Trump2020, they are currently flooded with links to nude pictures.

The algorithms apparently cannot filter commercials for pornography, which is banned on Parler, freedom of speech or not. Advertising for the consumption of marijuana, slander and death threats are also banned, according to the community standards. Matze has also told users that pictures of “fecal matter” will not be tolerated. The platform has already deleted a number of satirical accounts.

Miro Dittrich doubted that Parler would enjoy long-term success and predicted that it would likely go the same route as Gab, another social network that attracts far-right users but whose influence has waned.

He said that platforms that speak to a specific, homogeneous audience were rarely successful. “The idea is to harass people and get at your opponents. That’s a large part of what motivates this faction to be active on social media.” He thinks that eventually most Parler users will return to Twitter.