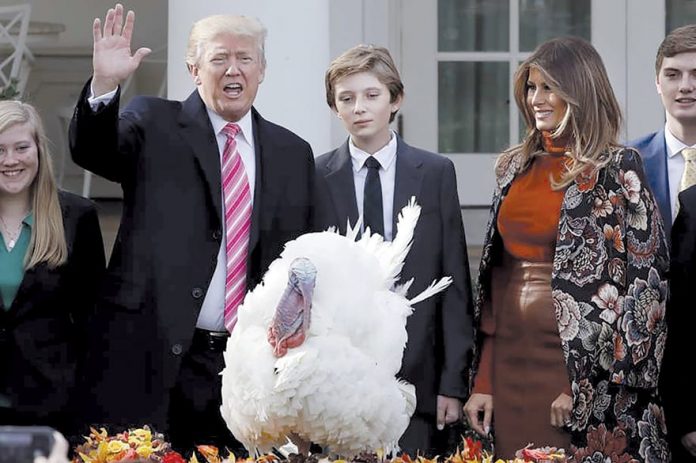 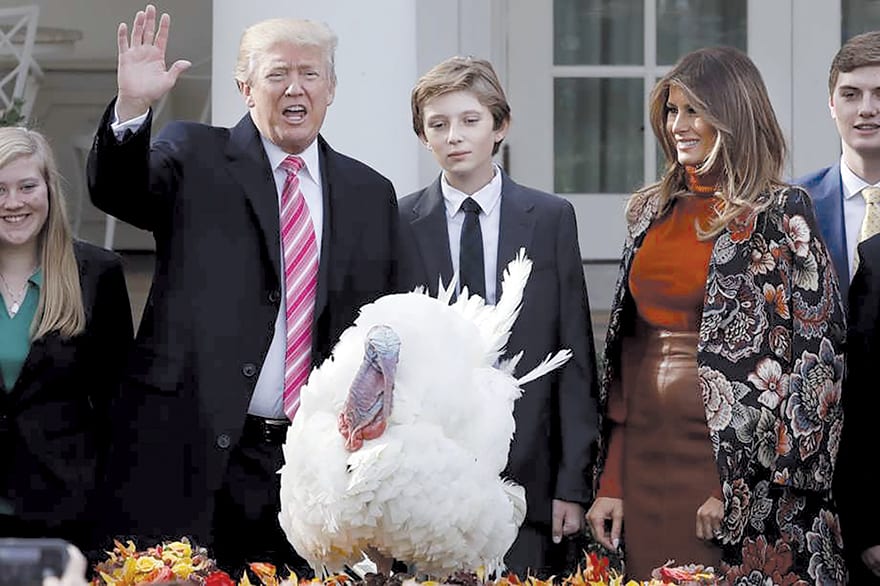 President Donald Trump couldn’t resist a dig at his predecessor Barack Obama as he ‘pardoned’ a turkey in a Thanksgiving tradition.

Joined by his wife, Melania, and their son, Barron, Trump entered the Rose Garden for the annual presidential tradition and granted freedom to a large white bird named Drumstick.

Americans traditionally feast on turkey, stuffing and other delights on the Thanksgiving holiday, but Drumstick and his pal Wishbone were granted a reprieve. “I‘m pleased to report that, unlike millions of other turkeys at this time of the year, Drumstick has a very, very bright future ahead of him,” Trump said.

The turkeys will live at an enclosure at the nearby Virginia Tech university.

Joseph R Biden Jr has been sworn in as president of the United States and Kamala Harris has become the first female Vice President...
Read more