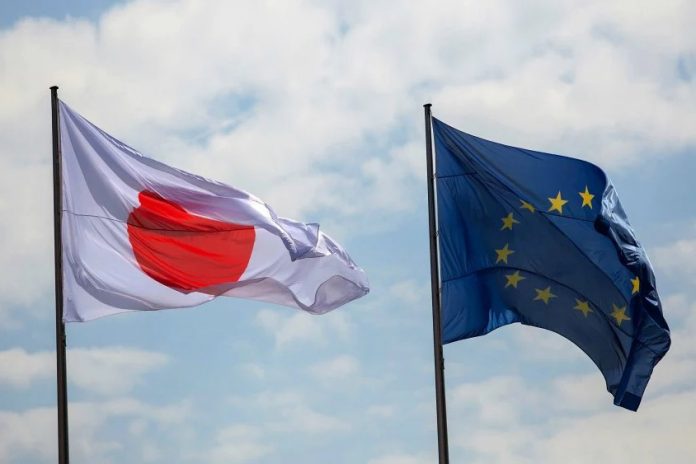 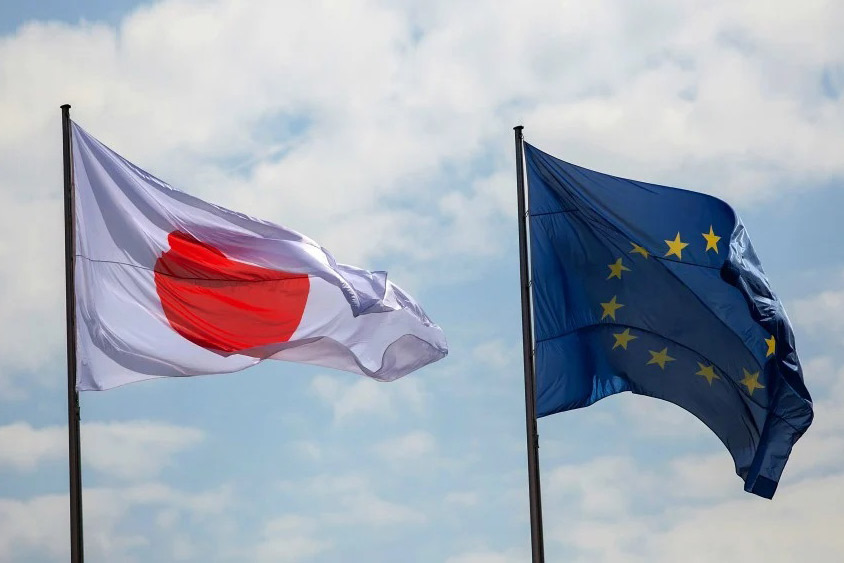 The 1st of February marks the second anniversary of the EU-Japan Economic Partnership Agreement (EPA). The Joint Committee established under the Agreement, co-chaired by Executive Vice-President Valdis Dombrovskis and Japanese Minister of Foreign Affairs Toshimitsu Motegi, celebrates this anniversary by agreeing important improvements to the Agreement. Each side will see 28 additional Geographical Indications (GIs) protected and wine and vehicle trade between the two sides will become even easier than before.

Executive Vice-President and Commissioner for Trade Valdis Dombrovskis said: “The EU-Japan Economic Partnership Agreement is one of our most important deals. Together, the EU and Japan make up for a quarter of the world’s GDP and our bilateral trade reaches some €170 billion a year. This deal has made trading easier and cheaper for both EU and Japanese producers; it has helped farmers and manufacturers alike. Our strong cooperation is now bearing even more fruit, with 28 more traditional quality agri-food products now protected from imitation. We are also facilitating trade for wine and cars, two key sectors. This is very welcome as we work to rebuild economic growth following the Covid-19 pandemic. But the EU-Japan relationship goes beyond bilateral trade. We both stand for rules based, open global trade and a strong World Trade Organization.”

Commissioner for Agriculture Janusz Wojciechowski said: “This agreement is a great example of trade benefitting both sides as a result of mutual trust and close cooperation, in particular for the agri-food sector. I thank Japan for a continuously constructive and fruitful dialogue. This deal is very positive for Japanese and European farmers and will continue to be. After only two years since the entry into force of the agreement, an extra 28 geographical indications on both sides are now protected in our respective markets. These products have real added value, reflecting authenticity and quality, while further rewarding our farmers. In addition, thanks to the recent Japanese authorisation for wine practices, our European wine producers will now be able to benefit from increased export opportunities. Remember – good food is good business!”

The list of protected Geographical Indications (GIs) from EU countries and Japan now includes an additional 28 GIs for each side. This is a major development as it is the quickest expansion of a list of GIs under a Free Trade Agreement (FTA). This list will further expand by 55 GIs for both parties. Some GIs from EU countries include Cassis de Dijon, Kalamata olive oil and Cariñena wine.

Exporting vehicles to the other side will become easier. The two sides agreed to extend the list of safety requirements that will not require double approvals. For example, if the EU issues a certification that an EU-made car exported to Japan complies with certain safety requirements, Japan will no longer check compliance with those requirements, and the other way around. This includes important new and green technologies, such as hybrid and hydrogen-fuelled vehicles.

Japan has recently brought its wine standards closer to the EU ones in line with the Agreement and has authorised in its territory several EU oenological practices. As a result, more EU wine will be able to reach the Japanese market.

The procedures for claiming and obtaining tariff preferences has been greatly simplified. This has made it easier for EU companies to export to Japan. Simplifying procedures is particularly important for small businesses who often do not have resources to explore and make use of complicated rules.

Working Together Can Yield Fantastic Results

The success of the Green Lanes initiative and tangible support provided by the European Commission’s Economic and Investment Plan for the Western Balkans represent...
Read more

Today the European Commission is proposing to create a Digital Green Certificate to facilitate safe free movement inside the EU during the COVID-19 pandemic. The Digital Green...
Read more

The European Commission has allocated almost 12 million euros to Serbia, in order to contribute to the fight against Covid-19 as part of the...
Read more
Cord MagazineLeaders Meeting Point