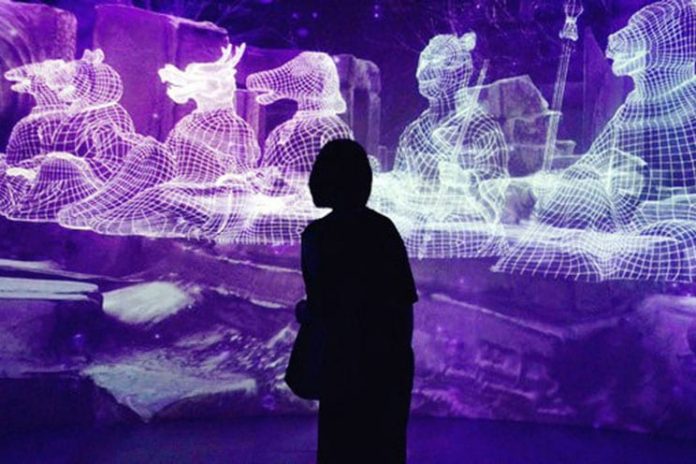 Old art in a digital era 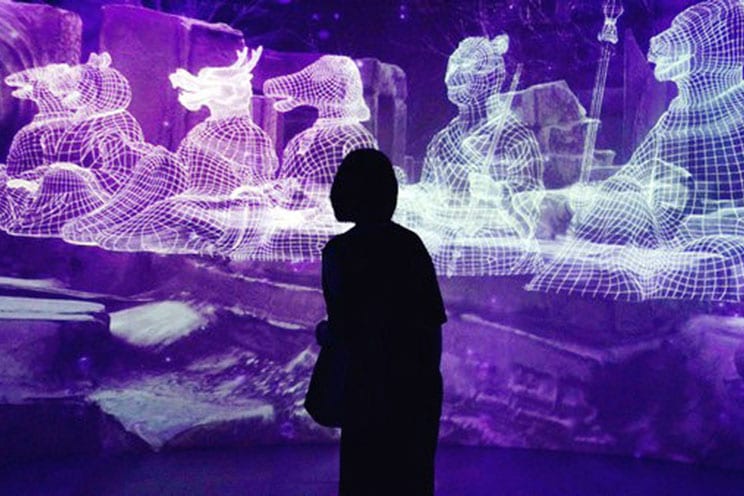 At a recent exhibition held by the Academy of Arts and Design of Tsinghua University, Haiyantang, China, the largest European-style garden in Yuanmingyuan－or the Old Summer Palace－came alive with water pouring out from the mouths of the 12 zodiac sculptures in front of it－virtually, of course.

The process of how 2,106 stone blocks in the remains of the building were returned to their previous locations before the garden’s destruction in the mid-19th century was projected onto a curved wall, allowing viewers to experience the magnificence of the historic architectural masterpiece.

“How do we present the fruits of the research we’ve conducted on Yuanmingyuan for many years? We used the digital approach to make Yuanmingyuan known to the masses,” says Guo Daiheng, a professor from Tsinghua’s School of Architecture.

Lu Xiaobo, the dean of Tsinghua’s Academy of Arts and Design, adds that doing a digital re-creation of cultural relics for audiences is safer than to repair the treasures.