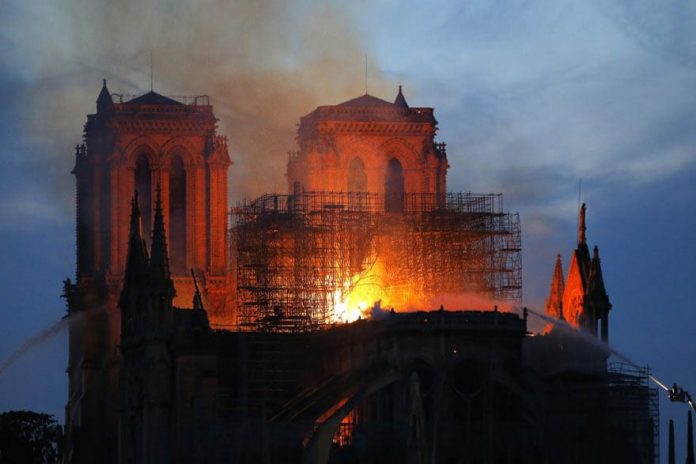 A Massive Fire at the Notre Dame Cathedral 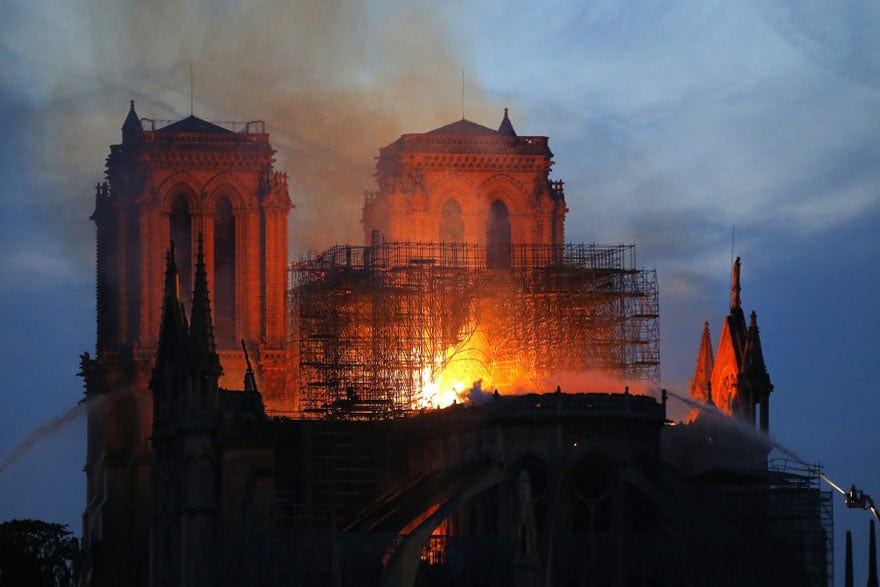 The Notre Dame Cathedral, one of the most iconic landmarks in the French capital, was engulfed in flames Monday evening as a catastrophic fire tore through the historic structure, collapsing its spire as fire officials raced to save the monument from total destruction

The fire spread to one of the cathedral’s iconic towers, but French officials said late that firefighters were optimistic they could save both towers.

French President Emmanuel Macron vowed to rebuild the cathedral and said he would seek international help to do so.

He said a national fundraising campaign would be launched and called on the world’s “greatest talents” to assist in the effort.

Officials said there were no deaths in the fire. Jean-Claude Gallet, chief of the Parisian fire brigade, said one firefighter was injured while responding to the blaze, the Associated Press reported.

Two-thirds of the cathedral’s roofing was destroyed, Gallet said.

The fire broke out just before 7 p.m., minutes after the cathedral, which has been undergoing extensive renovation work, closed to the public. Around 30,000 people visit the church daily.

The fire was “completely under control,” by early Tuesday morning, according to firefighters spokesperson Lieutenant-Colonel Gabriel Plus.

Emergency services said they were trying to salvage as much artwork as possible, with France 24 reporting that nearly all of it was able to be removed and saved. The Crown of Thorns said to have been worn by Jesus Christ before the crucifixion, and the tunic of St. Louis were both saved, according to the cathedral’s rector.