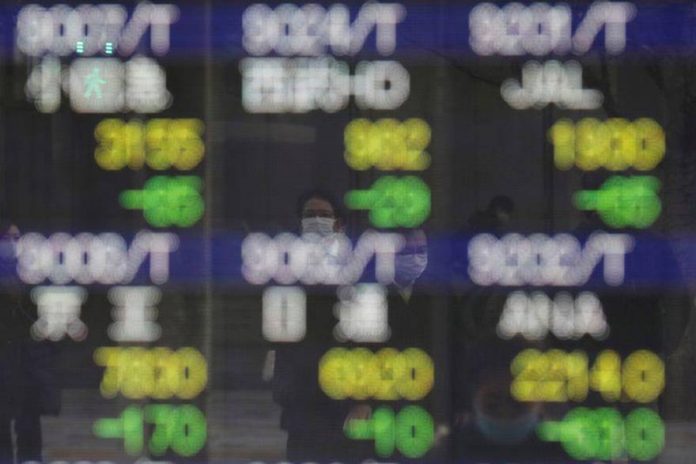 Cases of COVID-19 are rising in many...
Read more 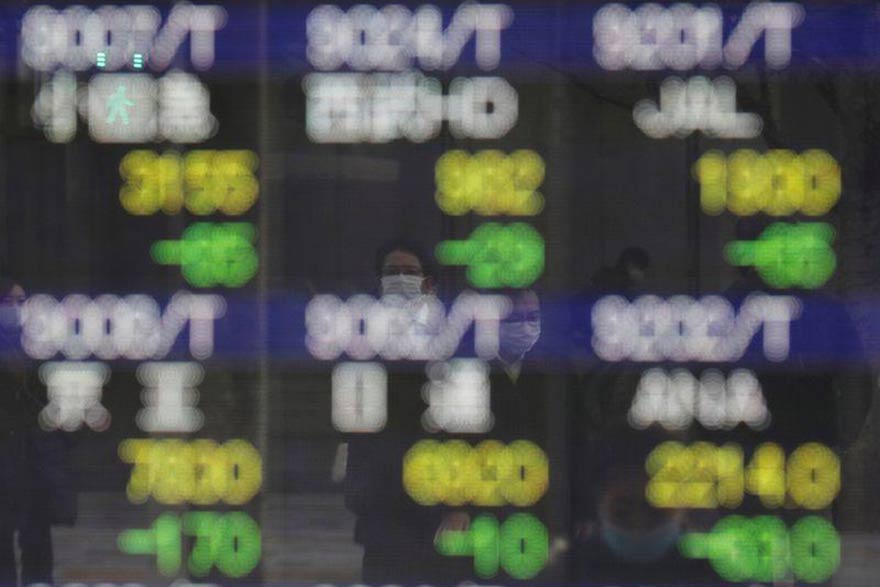 World stocks took a well-earned rest near record highs on Wednesday, as an International Monetary Fund forecast of the strongest global growth since the 1970’s this year and steady bond and FX markets kept risk appetite buoyant.

While rising global COVID case numbers and geopolitical tensions between China and Taiwan and between Russia and Ukraine ensured it was by no means a fairytale, markets certainly had a Goldilocks feel again.

Europe’s STOXX 600 perched just below the first record high it had hit in over a year on Tuesday [.EU]. MSCI’s 50-country world index was grinding out a sixth day of gains and Wall Street futures were pointing higher too. [.N]

In the bond markets, there was little sign that the benchmark government yields that drive global borrowing costs were gearing up to shoot higher again. The dollar was sitting quietly at a two-week low. [/FRX][GVD/EUR]

The IMF raised its global growth forecast to 6% this year from 5.5% on Tuesday, reflecting a rapidly brightening outlook for the U.S. economy.

“Even with high uncertainty about the path of this pandemic, a way out of this health economic crisis is increasingly visible,” IMF Chief Economist Gita Gopinath said.

Overnight, MSCI’s broadest index of Asia-Pacific shares had started on a firm footing, going as high as 208.46 points, a level last seen on March 18.

However, it succumbed to selling pressure and ended flat as China’s blue-chip CSI300 index dipped 1% and Hong Kong eased 0.9%.

Geopolitical tensions in the region added to the jitters. Taiwan’s foreign minister said on Wednesday it will fight to the end if China attacks, adding that the United States saw a danger that this could happen amid mounting Chinese military pressure, including aircraft carrier drills, near the island.

Wall Street futures pointed to a 0.1% rises for the S&P 500, Dow Jones Industrial and Nasdaq. The S&P 500 and the Dow had hit record levels on Monday, driven by a stronger-than-expected jobs report last Friday and data showing a dramatic rebound in U.S. services industry figures. [.N]

The upcoming earnings season is expected to show S&P profit growth of 24.2% from a year earlier, according to Refinitiv data, and investors will be watching to see whether corporate results further confirm recent positive economic data.

All eyes will also be on minutes of the U.S. Federal Reserve’s March policy meeting when they are published later.

The five-year Treasury yield especially is seen as a major barometer of the faith investors have in the Fed’s message that it doesn’t expect to raise U.S. interest rates until 2024.

Europe’s bond yields also eased, with southern European debt markets stabilising after a selloff the previous session as traded braced for a 50-year bond from Italy.

The European Central Bank meanwhile will release monthly data on its conventional asset purchases and a bi-monthly breakdown of its PEPP pandemic emergency bond purchases which it has vowed to increase to keep borrowing costs low.

The dollar circled a two-week low of 92.246 against a basket of world currencies. [FRX/]

“A large share of the hopes of a U.S. growth boom supported by state aid and rapid vaccination progress has already been priced in,” Commerzbank FX and EM analyst Esther Reichelt wrote in a note to clients.

“Further and more pronounced USD gains would only be justified if this boom also caused rising inflation rates to which the Fed would have to react with higher interest rates.”

Prime Minister Ana Brnabić met today with Head of the Mission of the International Monetary Fund (IMF) James Roaf, with whom she discussed the...
Read more

With a stable macroeconomic situation, rising employment and growing output on its side, the Serbian Government has a great opportunity to decisively address the...
Read more
Cord MagazineLeaders Meeting Point