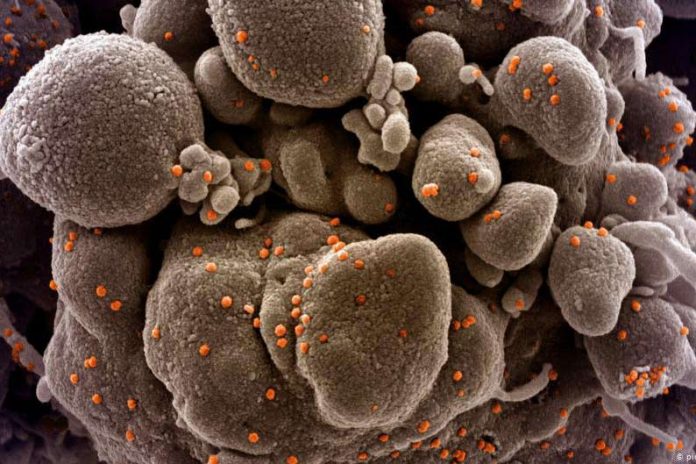 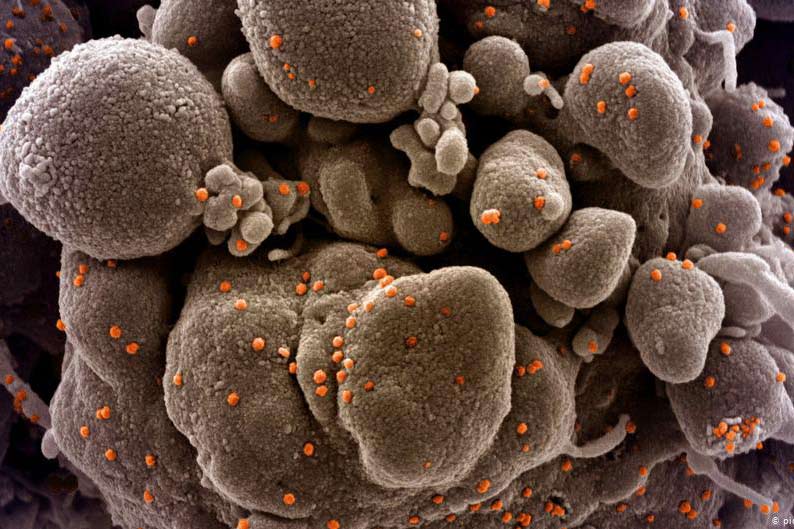 The new variant of COVID-19 found in the UK may spread quickly, but that doesn’t mean it’s more dangerous. The newly developed vaccines will still work, though they may need further adjustments down the line.

Following alarming reports of a highly contagious coronavirus mutation in the United Kingdom, mainland Europe has sealed itself off. According to British authorities, the new virus variant is up to 70% more contagious than the previously known form. It’s also spreading rapidly, especially in London and southeast England. As a result, exit and travel restrictions in the country have been significantly tightened.

However, so far there is very little reliable information available about the mutation. So far, it can only be assumed that the current spike in new infections in UK has something to do with the new variant.

And even if the virus is spreading faster, that doesn’t mean this variant is actually more dangerous.

It’s not unusual to discover such a mutation. In China, for example, where the pandemic originated in late 2019, a new variant of the pathogen was already circulating six months ago. In the summer, another variant spread rapidly from Spain to half of Europe. Viruses mutate all the time, and in most cases these mutations have no or only minimal effects.

Despite all attempts at isolation, the mutation now confirmed in southern England has also long since spread to mainland Europe and other parts of the world, according to Christian Drosten, virologist at the Charite Hospital in Berlin. The virus has been present in England since at least late September, he said. “We know now: it’s already in Italy, in the Netherlands, in Belgium, in Denmark — even in Australia. Why shouldn’t it be in Germany?”

How does the body react to mutations?

Normally, the human body is able to protect itself against viruses. It produces antibodies that defend against viral attacks and trigger immunity to the pathogen.

That’s why humans regularly get the common cold. Our body has already formed antibodies for previous colds, but we haven’t yet formed new antibodies for the newly mutated pathogen.

But there’s no reason to panic — a virus doesn’t necessarily become more dangerous through mutation. In fact, some mutations can also significantly weaken a virus.

How do mutations occur?

To replicate, viruses use a host cell in an infected individual. When viruses infect such a host cell, they introduce genetic information from their nucleus into the infected cell. In this way, the body’s cells reproduce millions of copies of the virus. However, small copying errors occur in each of these reproductions, and each of these errors also changes — or mutates — the genetic code of the virus.

Why does the new variant spread faster?

The SARS-CoV-2 virus responsible for COVID-19, like all coronaviruses, is an RNA virus with a mutation rate of nearly one mutation per month.

These different variants also explain why a pathogen causes waves of infections of varying severity in certain regions of the world, and why infections can also progress very differently in different people.

The new variant registered in the UK has several mutations in the spike protein of the coronavirus. Due to a so-called gene deletion, it’s missing two amino acids, which may make it easier for the virus to spread.

British researchers from the COVID-19 Genomics Consortium have just published a detailed profile of the new B.1.1.7 cluster, including a description of the gene deletion.

A similar deletion had already been observed in East Asia over the summer. There, however, the mutated SARS-CoV-2 variant caused milder infections because it apparently weakened the coronavirus.

Are the new vaccines now ineffective?

The United Kingdom was the first country in Western Europe to begin a large-scale vaccination campaign. But the newly registered mutation won’t make the new vaccines ineffective. These vaccines are all designed to encode the information for the coronavirus spike protein in such a way that it will still stimulate the immune system despite the mutation, said virologist Christian Drosten.

Fortunately, it takes more than a few mutations for a virus to have its proteins altered so that they can bypass immune protection.

Nevertheless, we know from influenza, for example, that flu viruses are able to mutate very quickly and that vaccines must be readjusted each flu season to remain effective.

As a result, the COVID-19 vaccines will likely need further adjustment as well. But information gathered during the ongoing pandemic, and the newly built production capacity, will continue to ensure a rapid supply of affordable vaccines in the coming months.

European Commission adopted a package of €70 million under the Instrument for Pre-Accession (IPA II) to help fund the access of Western Balkans partners...
Read more

Exactly 293 days after the first case of COVID-19 was recorded in Serbia, vaccination against the coronavirus, which has so far claimed more than...
Read more
Cord MagazineLeaders Meeting Point