Boris Johnson is setting out his proposals for a Brexit deal in Parliament, while EU leaders also consider their response.

He outlined plans on Wednesday that would see Northern Ireland stay in the European single market for goods but leave the customs union – resulting in new customs checks.

The PM says the UK will leave the EU on 31 October, with or without a deal.

He insists he will not ask for a further extension if no deal is reached despite legislation designed to force him to do so unless MPs pass a deal or approve a no-deal Brexit before 19 October.

Irish Prime Minister Leo Varadkar, whose stance is expected to guide how the EU responds, said the UK’s approach “did not fully meet the agreed objectives of the backstop”. The backstop is a mechanism designed to avoid a hard border on the island of Ireland after Brexit.

However, he did add he would study the proposals “in further detail”. 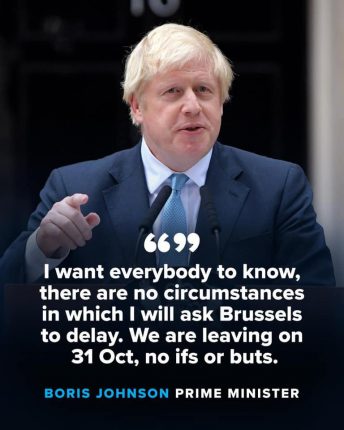 The UK government hopes to begin a period of intense negotiations with the aim of reaching a final agreement at an EU summit on 17 October.

Brexit Secretary Stephen Barclay told BBC Breakfast that the government’s plan set out to the EU was “serious proposals” and were recognised by EU chief negotiator Michel Barnier as such.

He said both sides “recognise that it is better to have a deal” and negotiations “will have to be intensively done in the next few days”.

There will be further talks on Friday “subject to how today unfolds”, Mr Barclay said.

The European Union has agreed on ground-breaking rules for regulating crypto assets, EU lawmakers said on Thursday, as the rout in bitcoin piles pressure...
Read more