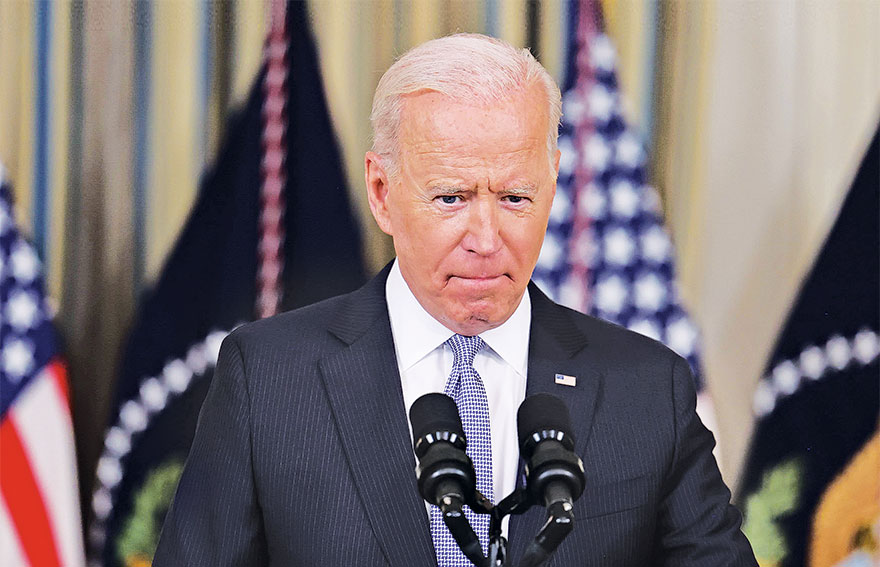 While some in China have interpreted US President Joe Biden’s recent overture to Chinese President Xi Jinping as a sign of American weakness, nothing could be further from the truth. In the intervening weeks, the administration has shown that it is serious about reimagining and rebuilding US foreign policy in the Indo-Pacific region

Following the news that U.S. President Joe Biden and Chinese President Xi Jinping talked by phone on 9th September, there has been much speculation about what the two discussed. Biden has denied a report that Xi turned down a proposed summit, and China’s government spokesman has said only that both sides “agreed to maintain regular contact through various means.”

Still, it is clear that the Biden administration is seeking a relationship that manages, if not resolves, areas of divergence, while enabling coordination or even cooperation in areas of common interest. But the Chinese appear determined to link any such cooperation to U.S. concessions. According to Chinese sources, Xi used the call to repeat the blunt conditionality that U.S. Climate Envoy John Kerry encountered during his recent visit to China: America cannot expect cooperation from China unless it “respects China’s core interests.”

“Core interests” is code for an expanding array of absolutist Chinese claims over Taiwan and the South China Sea, and includes its repression of Uyghurs in Xinjiang, Buddhists in Tibet, and dissidents in Hong Kong. China is also insisting that the United States unilaterally withdraw trade sanctions, roll back export restrictions, and stand down on enforcement actions against alleged Chinese state-sponsored cybertheft and other illicit strategies to obtain US intellectual property and personal information.

The Chinese are making no secret of their disappointment with the Biden administration. Following the 2020 presidential election, Chinese leaders had high hopes that Biden would reverse Donald Trump’s policies and provide China with more space and time to advance its economic and foreign-policy agenda. Those hopes were dashed by a combination of tough US rhetoric, testy meetings, firm pushback on key issues, and Biden’s decision to leave tariffs in place while a review of U.S. China policy grinds on. The souring of Chinese sentiment is as prominent as the country’s smug conviction that its star is rising as the West’s declines.

Nonetheless, Biden was right to initiate a call and to try to nudge Xi toward an in-person meeting. Relations have deteriorated to the point that the world’s two leading powers have essentially no dependable direct channels of official communication. Moreover, because Xi’s consolidation of political power seems to have reduced even senior Chinese officials to the status of cheerleaders, talking to anyone other than Xi is unlikely to produce results.

While Xi may or may not have rejected a summit, several factors make such an event unlikely any time before next fall. That is when the Communist Party of China will hold its 20th Congress, and when the US will hold its midterm elections. The CPC Congress will be a make-or-break moment for Xi, who is determined to leave the meeting with another term and Mao-like status. And Xi has a deep interest in the outcome of the US congressional election, which will either boost or undermine Biden’s position. But the two most powerful deterrents are a pair of Chinese phobias: the risk to the leader’s health from COVID-19; and the risk of embarrassment from a high-stakes summit that could go badly.

Some in China are claiming that Biden’s overture to Xi has exposed America’s weakness, on the theory that the U.S. needs China more than vice versa.

This jingoistic line fits with a broader pattern of China using everything from market access to COVID-19 vaccines to gain leverage over other countries.

But it is a mistake to see the U.S. as the anemic supplicant. The Biden administration was merely opening an important channel of communication, not offering any of the substantial unilateral concessions that China’s “wolf warriors” (foreign-policy hawks) seem to expect. Since Biden’s call with Xi, his administration has resumed its assertive diplomacy with partners in both Europe and the Indo-Pacific.

For example, a week after the call, Biden announced AUKUS, a new trilateral security partnership between Australia, the United Kingdom and the U.S. French pique aside, Biden went well beyond mere talk of deeper strategic alignment by announcing the decision to share US nuclear-submarine technology with Australia.

Moreover, Biden hosted the first in-person meeting of the leaders of the so-called Quad (the U.S., India, Japan, and Australia) on 29th September, the U.S. will host the first meeting of the cabinet-level Trade and Technology Council, launched at the U.S.-EU Summit in June. These meetings not only make good on Biden’s pledge to work with allies and partners in creative new ways; they also advance the twin goals of enhancing collective security and delivering concrete benefits to others.

The Quad summit will probably be even more fruitful than the virtual one in March, when the group launched a major COVID-19 vaccine distribution effort in Southeast Asia (though this was later hampered by the severe outbreak in India). The four countries have been developing concrete strategies for collaboration in multiple domains, building on their combined prowess in science, technology, education, transportation, and a host of other sectors important to the region.

The Chinese, no surprise, have denounced the Quad meeting and declared it “doomed to fail.” But the Quad has already come a long way from the clumsy, crude anti-China rhetoric of the Trump years. Its potency now stems from a new organizing principle focused on the collaborative provision of regional and global goods. The Biden team seems to be reimagining the arrangement as a vehicle for winning over other countries by helping them in ways China will not or cannot.

This is a smart strategy for dealing with Asian countries that are seeking to navigate between China and the West without getting caught in the crossfire. The new approach to the Quad, combined with Biden’s outreach to Xi, represents a powerful rebuttal to China’s bid to cast itself as the aggrieved victim of an unjustly hostile America.

Chasing China would not have yielded a summit – certainly not one that made meaningful progress. But forging an international network of constructive collaboration on issues of real interest to countries in the Indo- Pacific region is valuable in its own right. Biden is both reminding the region that China is not the only game in town and setting the stage for more balanced and overdue bilateral engagement.

Japan's Emperor Naruhito recited his poem at the Imperial New Year's poetry reading, through which he expressed the hope that people's lives, disrupted by...
Read more

The bust of Queen Nefertiti housed in Berlin’s Neues Museum is one of Ancient Egypt’s most famous works of art. A prime example of...
Read more