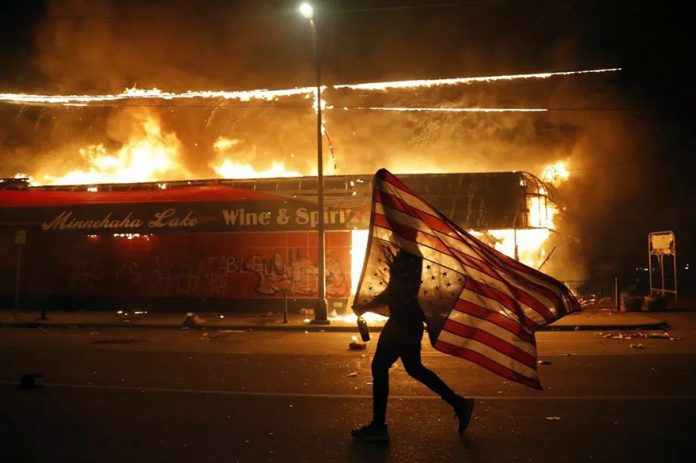 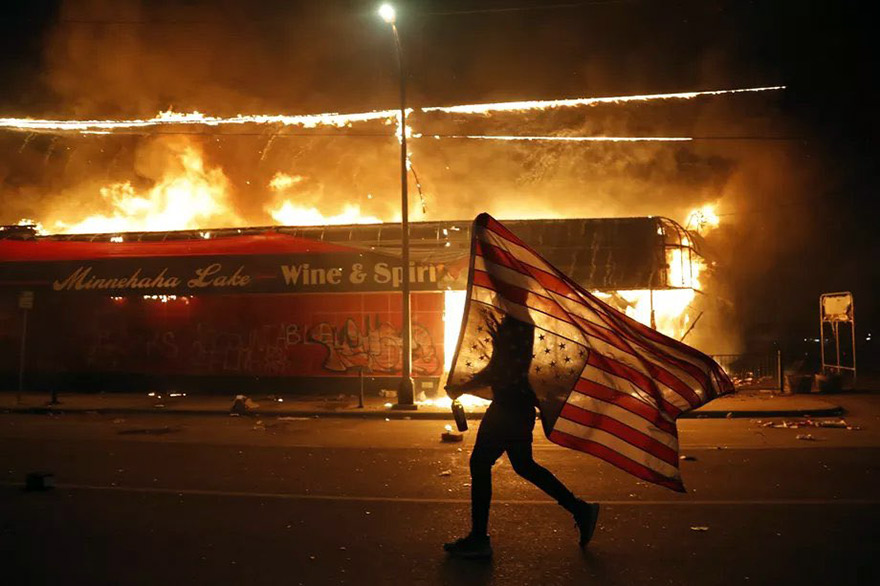 At least 30 US cities were hit with massive demonstrations over the weekend over the police-custody death of George Floyd, with more than two dozen ordering curfews and at least 16 calling in the National Guard

Looting, fires and scuffles continued into Sunday nationwide, after violent clashes between demonstrators and police saw hundreds in custody and dozens injured the night before.

The chaos prompted Texas Governor Greg Abbott to issue a statewide disaster declaration Sunday, while Chicago Mayor Lori Lightfoot was among the latest to summon the National Guard — with more than 5,000 now deployed nationwide.

“You should be ashamed of yourselves,” Lightfoot told Chicagoans in a Twitter post. “What you have done is a dishonour to our city … and its long and proud legacy as a leader of bold and vibrant peaceful protests.”

In Los Angeles, authorities announced about 400 arrests on Saturday and said one police officer suffered a broken jaw after being hit with a brick, CNN reported.

In Arizona, Gov. Doug Ducey issued an emergency declaration and a curfew on Sunday.

“This gives law enforcement an additional tool to prevent the lawlessness we’ve seen here in the cities nationwide,” he said on Twitter.

“Police will be equipped to make arrests of individuals who are planning to riot, loot or cause damage and unrest.”

Minneapolis — where Floyd, 46, who is black, died on Memorial Day while being pinned down by a white police officer — was wracked with violence for the sixth day.

Minnesota Corrections Commissioner Paul Schnell said at a press conference Sunday that the city now had an “unprecedented” presence of National Guard and law-enforcement officials in the city.

The number of guard troops in the city had grown to 4,100 Sunday from 700 on Friday, and was expected to reach 10,000, the Minneapolis Star-Tribune reported.

President Trump praised the National Guard’s work in the city Saturday night — and he encouraged others to utilize the force.

Congratulations to our National Guard for the great job they did immediately upon arriving in Minneapolis, Minnesota, last night. The ANTIFA led anarchists, among others, were shut down quickly. Should have been done by Mayor on first night and there would have been no trouble!

“Other Democrat-run Cities and States should look at the total shutdown of Radical Left Anarchists in Minneapolis last night. The National Guard did a great job, and should be used in other States before it is too late!”

Meanwhile, Philadelphia officials moved up that city’s overnight curfew by two hours — to 6 p.m. — but looting and violence continued in the daylight hours of Sunday in the City of Brotherly Love.

“Deeply saddened by the destruction we saw last night in Center City,” Philly Mayor Jim Kenney said on Twitter. “In looting downtown, these individuals not only desecrated private businesses, they also desecrated the important message that was heard in the earlier, peaceful protests.”