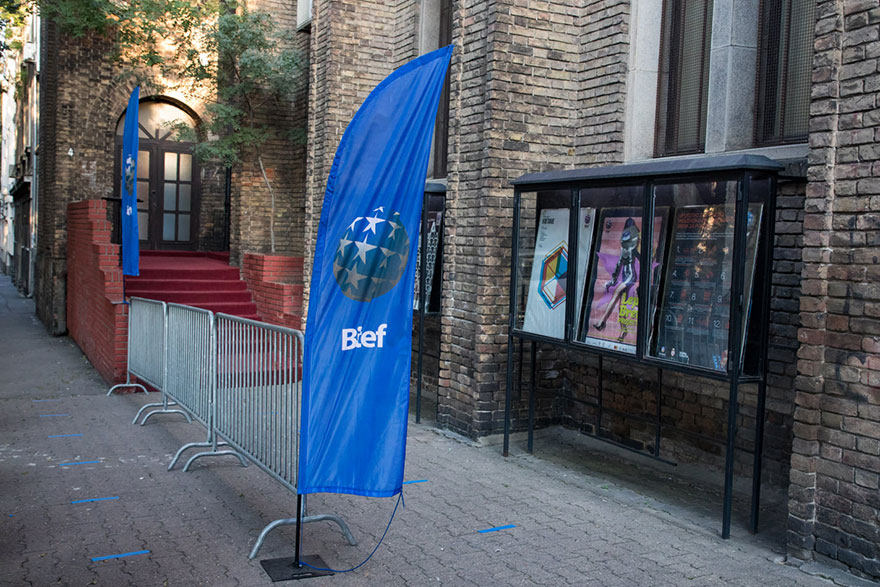 The double edition of the 54th and 55th Bitef is scheduled to take place 13–25 September 2021. Part of the main programme will include fourteen productions from ten countries, with the local theatre scene contributing as many as four productions.

During the festival prologue, on 13–14 September, audiences will be able to see two productions by the Belgrade Drama Theatre: Living Room, directed by Ersan Mondtag, and Cement Belgrade, directed by Sebastijan Horvat. Such a selection for the very beginning of the festival is no coincidence – it is the result of the Bitef artistic team’s need to once again point out to the general public the positive step that the Belgrade Drama Theatre has taken with the aim of creating an artistically relevant offer of contemporary theatre. Sebastijan Horvat and Ersan Mondtag are authors who were confirmed in the broader international acclaim precisely at Bitef, and this supports the thesis that Bitef has significant influence on theatre life in Serbia, despite conflicting opinions.

Ersan Mondtag’s Living Room is part of a trilogy based on the visually spectacular image of a world that is inhabited by alienated existences, and the performance at Bitef will also be the world premiere of the coproduction by the Belgrade Drama Theatre and Bitef Theatre. The play follows different moments in the life of an opera singer in Belgrade who has lost her loved ones in the 1990s wars in Yugoslavia. According to Bitef Festival Artistic Director Ivan Medenica, Living room is not a political commentary but rather a lyrical meditation on transience, time, betrayed hopes, loneliness, and as such is a contribution to the vision of the “posthuman world”, which is one of the central thematic determinant of the 2021 Bitef.

Only two years after the triple triumph of the production of Ali: Fear Eats Your Soul at the 53rd Bitef (Grand Prix “Mira Trailović”, Politika Jury Award for the best directing achievement, the Audience Award), the creative duo of Sebastijan Horvat and Milan Ramšak Marković is coming to Bitef again. Cement Belgrade is a play inspired by Heiner Müller’s piece and is an authorial project that, through two stylistically strictly separated parts, develops a metaphorical warning about how giving up the ideals of revolution leads to the spiritual, moral and physical degradation.

In addition to the concept of transhumanism and posthumanism, one of the main thematic wholes of this year’s Bitef will consist of productions that address environmental issues. The Bitef team has accordingly launched a series of activities aimed at reducing negative environmental impact in the day-to-day functioning of the festival team, during the organization of events with audiences, and throughout the festival. As part of these efforts, a competition for youths (visual artists, designers and other interested creators, under the age of 30) is being organized for conceiving and developing Bitef’s eco-branding. The aim of the competition is for the festival material, such as the information booths, recycling boxes, press walls and all other physical visuals that are used for the festival, to be produced solely using environmentally acceptable materials. For more information about the competition and the participation terms, visit the Bitef website.

Due to the current epidemiological situation, reservations and sales of tickets for this year’s Bitef will start in the second half of August. Follow the Bitef website and social networks for more information.

The festival is traditionally supported by the City of Belgrade Secretariat for Culture and the Ministry of Culture and Information of the Republic of Serbia, the Goethe Institute, and the French Institute in Belgrade. Once again, this year Bitef’s partner and friend is I&F Group, within which the festival’s creative agency McCann Belgrade operates. The partners yet again are Erste Bank a.d. Novi Sad and long-standing friend of the festival Coca-Cola Hellenic Serbia.