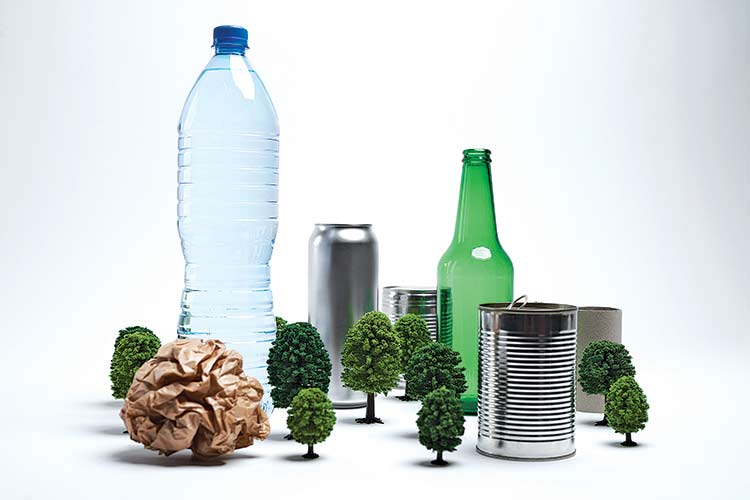 Recycling Saves Both Planet And Money

In step with the growth of global overheating and increasingly obvious climate change, recycling is becoming increasingly important, because thanks to waste management programmes, many countries are relying less and less on raw materials. It would be good for us to follow best practice

PLACES FOR RECREATION INSTEAD OF LANDFILL

In the village of Rtkovo in the municipality of Kladovo, the Ministry of Environmental Protection supported the removal of a rubbish dump, and a recreation area will be soon be completed on the site. In a public competition, the Ministry awarded Kladovo municipality four million dinars for a land protection project to rehabilitate the site. The green area will soon be completed, with about 80 newly planted trees and shrubs. So far, 26 illegal rubbish dumps have been removed and cleaned up in the municipality of Kladovo.

“Thanks to the funds allocated to towns and municipalities through a public competition, Serbia is richer this year by 150,000 new seedlings of indigenous species, more than 40 percent of which is planted in Vojvodina, our least forested region”, said Minister of Environment Irena Vujović in Sombor. Apart from afforestation, Sombor also received funds for a project to remediate the devastated land around the former Proteinka animal carcass incineration plant, and to remove an illegal dump in the village of Čonoplja. The Minister emphasized that during September, around 500 illegal rubbish dumps were cleared throughout Serbia, and expressed the hope that no more rubbish would be dumped at those locations.

If you want to contribute to protecting the environment, reduce your consumption of sweets, pastries, fried foods and processed meats. According to a new study by Australian experts, this will be good for both your health and our planet. Professor Sarah Forbes, a dietician at the University of South Australia who has conducted 20 studies on the environmental impact of food consumption in Australia and New Zealand, recommends on the one hand a regular daily intake of fruits and vegetables, cereals, lean meat, fish, eggs, nuts, seeds, legumes, milk, cheese and yoghurt, and on the other hand points out that the production of meat, cereals and dairy products greatly contributes to CO2 emissions. But however much pollution is caused by the production of these foods, the production of sweetened beverages, juices, alcoholic beverages, confectionery and processed meat causes even greater pollution.

THESE 10 COUNTRIES ARE CHAMPIONS OF RECYCLING

Besides saving money, recycling waste so it does not end up in landfills reduces the emission of greenhouse gases. Introducing efficient recycling schemes means that less garbage ends up in nature, and where this has come the furthest is shown in the following list of countries that have programmes for successful waste management.

Brazil: More than 70% of waste produced is recycled, which also benefits poorer citizens. They receive tokens for transport and food in exchange for waste in recycling centres.

Austria: As many as 96% of Austria’s population sorts waste by recyclable categories.

Canada: In Vancouver, leftover food is not thrown in containers, but in green compost bins. When food is disposed of properly, it releases less carbon dioxide than landfills.

Wales: currently recycles about 65% of total waste. By 2025 they plan to recycle 70% of waste, and to process the remaining 30% in waste facilities.

USA: In San Francisco, garbage is disposed of by categories: compost, recycling, landfill. The goal is to reduce the use of landfills to zero by 2030.

Switzerland: There are about 12,000 recycling points in Zurich. Recycling is obligatory in Switzerland and enforced with fines.

South Korea: Until 1995, the food recycling rate was 2%, but today it is 95%. All waste is categorized and must be compressed before recycling. England: Leeds had 12,000 tonnes of glass waste last year, this year it now has 700 bottle banks located across the municipality.

Germany: Thanks to education and a consistent waste management policy, Germany recycles 70% of all waste, the most in the world.

PEOPLE NEVER WONDER HOW MUCH WATER THEY ARE WEARING

If fashion did not change from season to season, or even more often, 10,000 items of clothing would not end up in UK landfills every five minutes. This costs over 140 million pounds every year, but the problem lies not only in wasting money and clothes that could still be worn, but also in the harmful impact of “fast fashion” on the environment. Research by GAP has shown how “clothing consumption” affects climate change and harms the environment, because it takes:

7,250 litres of water to produce one pair of jeans

3,350 litres of water to produce one sweatshirt or sweater

550 litres of water to produce one bra

THE WISE SWEDE THROWS NOTHING AWAY, NOT EVEN A DEAD CHRISTMAS TREE

In an attempt to increase sustainability, Stockholm found an unusual ally, used Christmas trees and other garden waste. The Swedish capital uses green waste to power homes and reduce its CO2 footprint. In Stockholm, people all over the city collect garden waste and dead Christmas trees from their neighbours and city parks to turn them into an environmentally friendly type of charcoal called biochar, a valuable soil supplement.

The city of Stockholm produces about 300 tons of biochar every year, the equivalent of “removing” 700 cars from the city streets. The huge amount of energy produced in the process of biochar production is used by the city to power its district heating network.

EIB Global, the arm of the European Investment Bank (EIB) devoted to activities outside the European Union, has unlocked €76 million to further support the modernisation...
Read more

Elevated tones in Kosovo and the consolidating of diplomatic initiatives are once again leading us into seemingly very lively dialogue over this conflict that...
Read more

Last year Serbia's foreign trade goods exchange amounted to 66.6 billion euros and was 31.1 per cent higher than in 2021, the Republic Statistical...
Read more

Avia Prime Group, one of the leading organizations for aircraft maintenance in Europe, consisting of three eminent companies including JAT Tehnika, organized a ceremony...
Read more

The Ministry of Mining and Energy (MoME) and the United States Agency for International Development (USAID) signed a Memorandum of Understanding (MOU) today to...
Read more

The European Union reached a political agreement on the introduction of customs duties on the import of goods such as steel and cement, during...
Read more