The Serbian national football team defeated Norway in Oslo with a score of 2:0 (1:0) with goals from Vlahović...
Read more
11 April 2016
Facebook
Twitter
Email

A delegation of the Grafičar rowing club visited the rowing clubs of the city of Zurich on 3rd and 4th March 2016 and on this occasion collected valuable donations of rowing equipment.

To mark this occasion, the Grafičar Rowing Club hosted a ceremony and reception on 11th April for a delegation from the Küsnacht Zurich rowing club and the Swiss Embassy in Belgrade.

H.E. Swiss Ambassador Jean-Daniel Ruch officially revealed the names of each boat, after which the members of the Grafičar rowing club ceremoniously lowered the boats into the water. 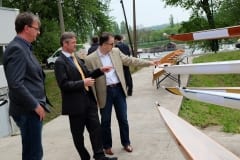 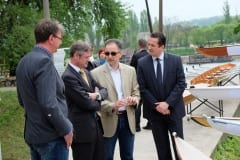 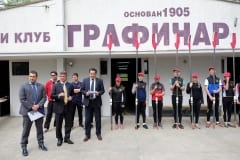 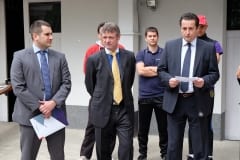 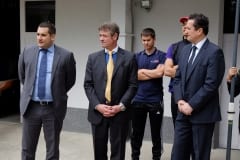 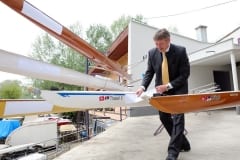