The Roger Federer – Novak Đoković rivalry is so intense that it’s sometimes easy to forget the two are not exactly from the same tennis generation. Federer is five years older, which – perhaps in tennis years – means far, far more

But Federer himself belied that age, that generational gap, to play what was the longest ever men’s singles final at Wimbledon. And if anyone knows what a long Wimbledon final is, it’s Roger Federer. The 2008 final – part of yet another intense rivalry featuring Federer, and perhaps the most well-known rivalry in tennis- is considered one of the greatest matches in tennis history. At only eight minutes shorter than Sunday’s final, it was also the then longest match in Wimbledon history.

Always one to break records, Federer ended up playing another epic final the following year, playing the longest match (in terms of games played) at Wimbledon to defeat Andy Roddick and break Pete Sampras’ record of 14 Grand Slams.

The Swiss held multiple championship points, only for Đoković – he of the “being able to hold on during the seemingly impossible” – to hold on, and oh how he did. In perhaps an incredibly fitting latest instalment to their now thirteen-year rivalry, Đoković would probably have pulled a literal kitchen sink out of his bag of tricks if you gave him enough time – and god knows they took a fair bit of it! 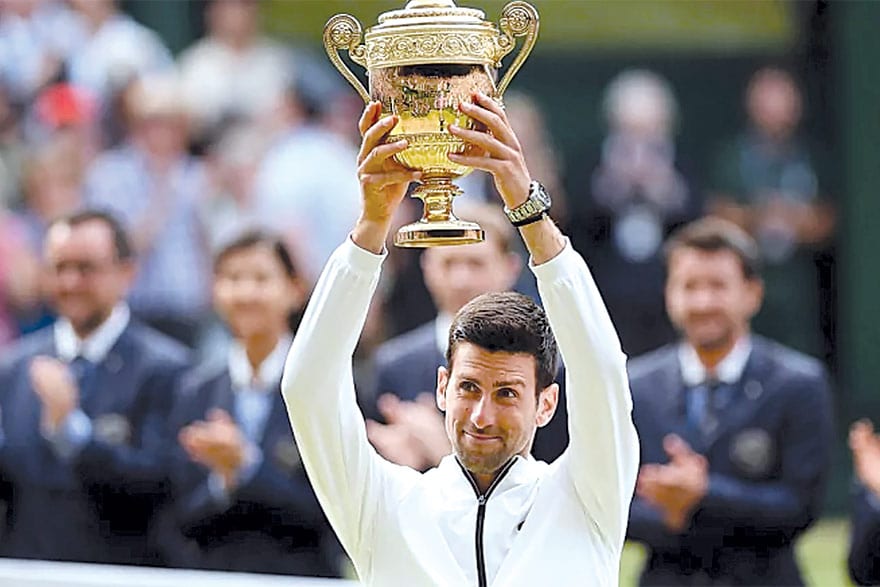 Wimbledon’s 2019 finale was polarising in many ways, not least because of just how divided the rivalry is between Federer and Đoković. At least at this specific venue, that rivalry seemed quite firmly poised in one direction – due to Switzerland. But in the final match, to borrow a cliche, ‘tennis was the real winner’.

There is no doubt that anyone watching the final was in the presence of greatness: the pair make up two of men’s tennis’s ‘Big Four’ (perhaps the ‘Big Three’ now), and are firmly part of the tennis greats pantheon. Federer is still the only player to have defeated Đoković at all four Grand Slams, while Đoković is the only player to have done the same to Federer. That alone should be enough, even for someone not particularly familiar with the sport, to show just how intense their rivalry really is.

Think of their final as the latest instalment in your favourite TV series, but it’s so much more than that. The two men on either side of the net are about as close as we’re going to get to real-life superheroes.

But this superhero universe has been running a couple of years ahead of its fictional counterpart – and back when Federer and Đoković first clashed, it was the Roger show all the way. Interestingly, for the first six years of that rivalry, they never once clashed on Federer’s favourite surface.

Until the 2010 U.S. Open, the pair’s rivalry had stood at 16-6 in Federer’s favour – number six being Đoković’s five-set U.S. Open semifinal win. Although the Serb would go on to lose that final to Nadal, for him it was the turning point, the key, and what would usher in the firm seizing of that rivalry for himself. From consistent Roger victories peppered with a few Novak wins, that narrative was flipped on its head.

In 2014, in what would be the pair’s first-ever Wimbledon final and second Grand Slam final, it was Đoković who beat Federer, in three hours and fifty-six minutes of yet another “will he, won’t he” contest that teetered on the edge.

And in the years since, that rivalry – although it saw a number of solid, convincing victories from Federer – has far and away been the Đoković show. 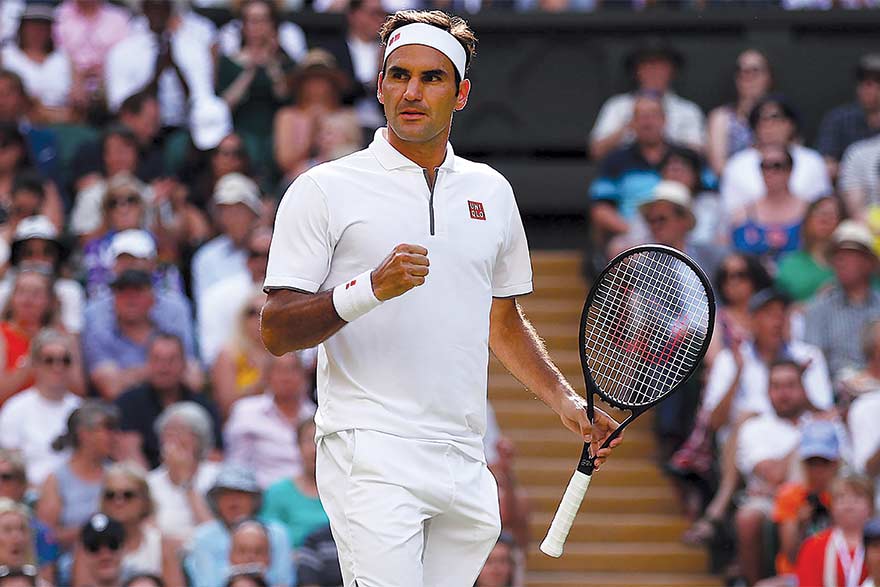 Every Federer-Đoković match has a few things in common, but perhaps nothing as much as fan emotions. For as much mental and emotional pressure that must have been on the players themselves, perhaps every living room, every laptop, every online stream that was tuned into Wimbledon had someone or other cheering, chewing their fingernails, and waiting with bated breath on the other side of a screen.

Every clash between Federer and Đoković at a major tournament has been a big one, a fight, and a thrilling story – but while each player has had his share of straight-set wins at Grand Slams over the other – particularly in Australia, Wimbledon has been a different beast. Some of the pair’s greatest clashes have come on hard courts, certainly, but their Wimbledon final surpassed every single one.

It is no secret that grass is one with Federer and Federer one with it. Đoković, on the other hand, is perhaps one of the greatest all-court players we will ever see in the game, and even though theoretically Federer’s game is more suited to the faster surface, there is nothing Đoković can’t really play, no player, no surface, and no shot. Now, with long points, longer rallies, and slower courts, perhaps things are tilted ever so slightly in his favour.

The Federer-Đoković rivalry has given us the power to feel immense joy and complete heartbreak for a sport, and perhaps, just like in the movie world, the power to believe in what seems impossible

Make no mistake – this rivalry is one featuring two of the most skilled players in the history of the game, whether that’s calculated in terms of physicality, shot-making or strategy. Both Đoković and Federer are master tacticians – but they are also, mentally, two of the strongest players in the history of the sport. Few players could have held on despite being two championship points down and still come back to win the title – but Đoković is one such player. And so is Federer, and in that sense the final was reminiscent of their first-ever Wimbledon final, back in 2014, when it was Federer who was down by a championship point in the fourth set, only to force a fifth.

That match had gone on three hours, fifty-six minutes. This year saw them overtake it by exactly one hour and one minute. If you and I, as fans, were tense watching the match, one can only begin to imagine what Đoković – who has seen so many of these crunch situations before – may have been feeling. It was only fitting, then, perhaps, that the first-ever final-set tiebreak in Wimbledon history was played by two GOATs on the grass.

The final wasn’t just one of the great Federer-Đoković clashes – it was one for the Grand Slam history books, the storybooks, and, in our modern age, one of those clashes that people will watch again, and again, and again online.

There are times when Đoković has come across to fans as being brash, as not really the crowd’s favourite when it’s Federer on the other side of the net. But he seems to be able to absorb that crowd energy and make it his own, and to own it in a way that no one else can, even when the odds, and the crowd, seem stacked firmly against him.

This is one superhero universe everyone will want endless sequels to, perhaps – and with Federer it really seems like he could do this all day. When the day finally does come that the curtains are drawn on the Federer-Đoković rivalry – hopefully not any time soon – there will no doubt be reams of newsprint calling it the end of an era.

But for now, what this Open Era and this rivalry have given us is a love for the game, the power to feel immense joy and complete heartbreak for a sport, and perhaps, just like in the movie world, the power to believe in what seems impossible.

On March 8, 2021,Novak Djokovic should have reason to be happy: Then the Serbian will surpass RogerFederer's record of 310 weeks at the top of the ATP...
Read more