The Transport Community Permanent Secretariat head office was opened in Belgrade on 13th September. The ceremony was attended by high EU and Serbian officials: the European Commissioner for Transport Violeta Bulc, Head of the EU Delegation to Serbia Ambassador Sem Fabrizi, Prime Minister of Serbia Ana Brnabić, Minister of Construction, Transport and Infrastructure Zorana Mihajlović, Acting Director of the Transport Community, Alen Baron, and the ambassadors of the EU countries

European Commissioner Violeta Bulc pointed out that the opening of Transport Community Permanent Secretariat head office in Belgrade was a sign of political goodwill and just the beginning of further joint cooperation.

“Transport networking means cooperation, peace and hope. This is the first time that the Western Balkan countries have a direct access to the European Single Market. The Secretariat will contribute to cost reduction of the projects and attract new investments. This is a hub that will enable networking of the EU countries with the Western Balkans region,“ emphasized the Commissioner.

She remarked that it is very important that the railroad transport will be united across the whole region, but also the EU, which is a great step for the Western Balkans. 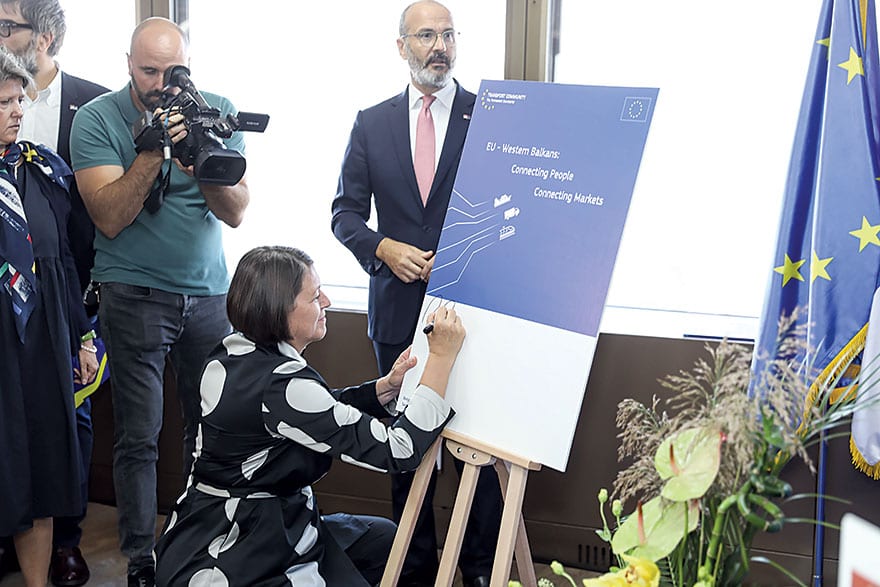 Bulc pointed out that the business community will receive quality investors and that the costs of the realisation of the transport projects will be lower than 30 per cent.

The railroads will remain the priority for the EU and more than 60 per cent of all investments in transport within the EU will go to that sector, the Commissioner added.

Prime Minister Brnabić said that this is the first head office of the international community in Serbia, adding that this is a sign of great trust in Serbia and a great honour for Belgrade.

“Transport networking means cooperation, peace and hope. This is the first time that the Western Balkan countries have a direct access to the European Single Market. The Secretariat will contribute to cost reduction of the projects and attract new investments. This is a hub that will enable networking of the EU countries with the Western Balkans region“

“Today all of us together are sending an important message that we can successfully cooperate with all partners in the region and that we are finding ways to overcome obstacles and create a better future“, stressed the Prime Minister.

Minister Mihajlović said that transport is the most powerful tool for all our citizens, to develop and live better, for new investments and better living standard.

It is very important to understand that the Transport Community is not related to the Western Balkans only, but that its impact is much wider, says Acting Director of that institution, Alen Baron. 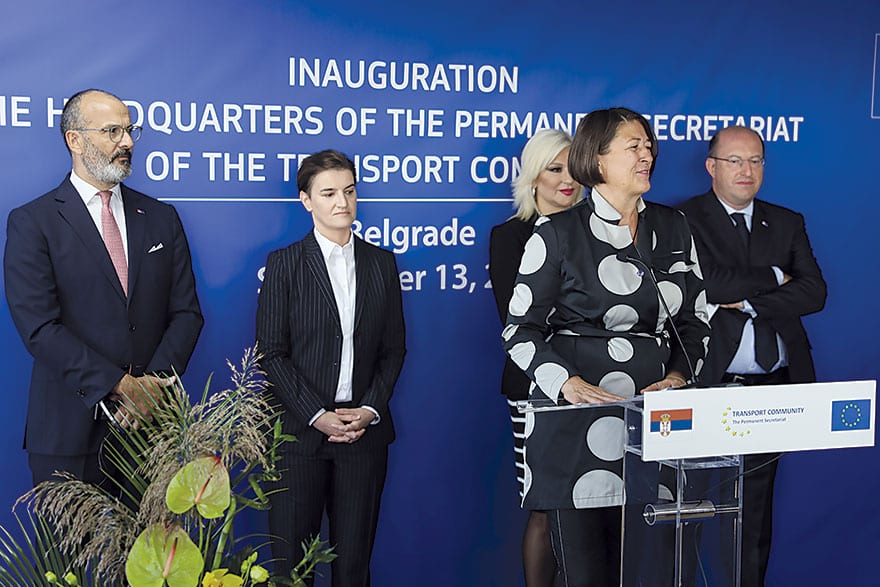 “The Secretariat will the center of excellence, it will oversee the transport operations, support partners in the region with regards to reforms in the field of transport, it will provide technical assistance for project preparation, it will assist to partners when faced with difficulties in networking the EU Member States“ says Baron.

Head of EU Delegation to Serbia Sem Fabrizi said that the Transport Community will not be focusing only on roads, but also railroads, river and sea transport.

“This is a tool for connecting the region with the EU”, stated Fabrizi, adding that the tasks of the community will include technical and security standards and aspects, legislature, environment and other issues.

Fabrizi added that the goal is reaching the EU standards, which are highest in the world.

The seminar on “How Transport Community Can Promote Transport and Mobility of People in the Western Balkans“ was held at “Beograd“ palace after the ceremony.

It is important for Serbia’s future that it not be a passive observer of energy transition, but rather an active participant in the endeavour...
Read more