This year’s Beer Days event exceeded the expectations of both hosts and guests. More than half a million people passed through Zrenjanin, hotels were full, as were most private accommodation capacities, and the atmosphere was wonderful

Zrenjanin locals always strive to outdo themselves, to provide as many contents as possible and to bring the best performers. However, as their desire is for guests to come throughout the entire year, even after the Beer Days event, they are working seriously to enrich the tourist offer.

You have just lowered the curtain on this year’s Beer Days event, which has been bringing hundreds of thousands of guests to Zrenjanin from elsewhere in Serbia and Europe for 34 years. Are you satisfied?

Zrenjanin has been a gathering place for lovers of beer and good times for decades, and that was the case this time as well. This year saw Zrenjanin residents and our guests entertained by Lepa Brena, Crvena Jabuka [Red Apple], Halid Bešlić, Alen Islamović, “Zana”, the Zrenjanin Philharmonic Orchestra, four of Serbia’s Eurovision representatives etc.

Otherwise, the symposium on beer, brewing, brewery equipment and raw materials was held for the third time and attended by experts from around the world. Our idea is for the symposium to grow into a congress in the coming years, in such a way that Zrenjanin would also become a centre for congresses.

For the third consecutive year, we also organised the Festival of Tradition and Culture, hosting our dear guests from Hungary, so visitors to the Beer Days were able to familiarise themselves with the gastronomic offer of our neighbours. We also had a sightseeing tour of the city from an open-top bus and the river, as we devoted one segment of the event to tourist boat trips around the River Begej. These contents also remain available after the Beer Days, as developing nautical tourism is another of our goals.

Although guests who’ve attended the Beer Days event even once tend to return, tyou are also striving to attract new tourists to Zrenjanin. Are you doing serious work on that? 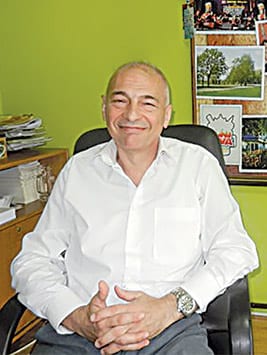 Our aim is to enrich our tourist offer, and recently we’ve been doing a lot of work on the development of hunting tourism. In cooperation with the Hunting Association, we’ve arranged and equipped a shooting range that’s beside the road to Belgrade and purchased a machine for shooting flying targets. We believe that all prerequisites for organising hunter competitions in our city have no been met.

When it comes to enriching the tourist offer, we always listen to the wishes and needs of potential guests, so from 5th July to 10th August, on the Friday and Saturday from 7 pm to midnight, we organised the “Korzo Fest”, with a variety of cultural activities, entertainment and children’s programmes on the main street. There is great interest in cycle tourism in Banat, so organised groups of cyclists are expected to start coming to our city soon, primarily from Germany, Slovenia and Austria.

Few municipalities in Serbia can be raised by its number of villages in the way Zrenjanin can. Do you have a plan for the development of rural tourism?

All of the 22 settlements on the territory of the municipality hide a rich cultural and historical heritage, ethno houses, salaš farmstead ranches, traditional events and other attractive contents that even many Zrenjanin locals have never heard about. In a desire to change that, we conducted a survey in the villages two years ago in order to determine the capacities and potential at our disposal.

With the aim of promoting and popularising rural tourism, we organised the event “Banatska Bajka” [Banat Fairytale], summer in the city garden, which ran from 5th June to 20th August. It was shown that there is a will to develop villages and rural tourism, but there are also certain obstacles that we’re working hard to overcome.

Tourism has always represented a societal response to the human need for well-being and personal development, through interaction with other people and the natural...
Read more