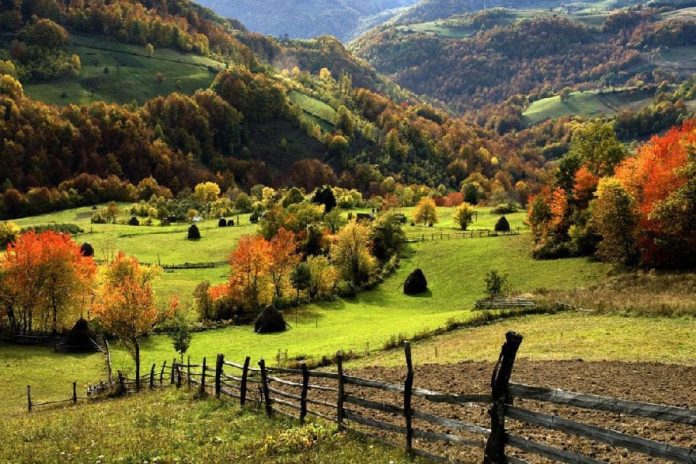 While political correctness is about as commonplace as a smoke-free bar, Serbia is nevertheless a cultural crucible: the art nouveau city of Subotica revels in its proximity to Hungary, while the bohemian Niš echoes to the clippety-clop of Roma horse carts. In the mountainous regions of Kopaonik, Tara and Zlatibor, ancient traditions coexist with après-ski bling. Forget what you think you know: come and say zdravo (hello) or, better yet, živeli (cheers)!

Serbia is a land of surprises, many of them ready to dazzle and impress from the moment a visitor arrives. Others are less obvious or well known, like those wonderful places that only locals who live there know about.

Serbia is a land of surprises, many of them ready to dazzle and impress from the moment a visitor arrives. Others are less obvious or well known; those wonderful places known only to those who live there

For a little piece of tradition, head to the Zlatibor region to buy hand-knitted woollen clothing. Make sure to seek out the authentic Sirogojno Style produce – unfortunately, cheap imitations also abound and should be avoided. But the genuine article still adheres to a centuries-old production method, where local village women would protect themselves and their families for the long, cold winter by processing and dying their own wool with mountain herbs and barks, and knitting clothes inspired by the vivid colours of the mountain landscape they called home.

The most romantic place for foreigners to visit is Kaštel Ečka. Built-in 1820 and inspired by English hunting lodges, this castle today operates as a hotel. With its distinctive pinkish-red exterior, majestic park setting and choice of modern and medieval rooms, it is located just 60 kilometres north of Belgrade, in the village of Ečka.

For a different but no less impressive stay at a castle, head to Castle Fantast in the province of Vojvodina, located around 60 kilometres from the provincial capital of Novi Sad. Built in the early 1900s, it was constructed to display the wealth of owner Bogdan Dunđerski and demonstrate that, despite rumours to the contrary, he was not bankrupt.

It today serves as a hotel and restaurant. The extensive grounds are open to the public, as are the mausoleum (where the former owners are entombed), tennis courts, horse stables (once famed for producing some of the country’s best thoroughbreds), a small ostrich farm and a runway for light aircraft.

Whilst here, don’t miss the Church of St George and its painting of the Virgin Mary by artist Uroš Predić. Legend has it that the Virgin’s face was changed to depict Mara Dinjacki, the blacksmith’s wife, who Dunđerski was apparently in love with.

Apart from dubbing it the region’s emerging innovation hub and tourist destination, foreigners have a different approach and share their favourite locations in Serbia. Their list includes the likes of Perućac Lake, Kopaonik Mountain, Vrnjačka Banja, the Balkan Mountain (Stara planina), churches and monasteries, toffee apples, plums (and of course plum rakija), Pirot and Belgrade.

“Outspoken, adventurous, proud and audacious: Belgrade is by no means a ‘pretty’ capital, but its gritty exuberance makes it one of the most happening cities in Europe. While it hurtles towards a brighter future, its chaotic past unfolds before your eyes: socialist blocs are squeezed between art nouveau masterpieces, while the remnants of the Habsburg legacy contrast with Ottoman relics.”

Foreigners can’t seem to wrap their heads around Serbian customs. For example, they found Serbian ideas of fun fascinating, so they simply had to show scenes from the World Gander Fighting Championships, held in the village of Mokrin north of Belgrade. They also posted an article entitled “Serbia made a 7,500-pound sausage”, featuring a 6,600-foot-long sausage that was unveiled at the Kobasicijada Festival in Turija.

Apart from customs, Serbian festivals attract an amazing amount of attention. The Huffington Post described one of our most popular festivals, Exit, by starting with our people, noting that “the people are warm, affectionate, passionate and generous.”

Meanderbug continued with a heartwarming description of the very soul of Exit: “It’s not about nationality or race. It’s not even about style or genre. It’s about people. About art. About time with friends, old and new…”

For all those of you who thought of Guča the second you read the word festival, here’s how some foreign guests experienced this mayhem of brass. The Guča Festival has no curfew, few rules and a real sense of bacchanalia, as hundreds of musicians blast exotic eastern funk while everyone dances until they drop. […] The energy, the joy, the sheer gonzo exuberance that overtakes this hamlet across the weekend is incomparable to anything. Dancers leap on tables, jump off statues, bounce off walls, belly dancing to hard zigzagging rhythms, achieving ecstasy via neatly dressed brass orchestras and copious supplies of beer and meat.”

And, of course, Serbian cuisine ends up blowing your mind and leaving you wanting more, even when it comes to street food. UK newspaper The Guardian also had its say on this, writing: “It’s rural, country-style cooking. Puritans will say that good and proper pljeskavica can only come with cabbage salad or kajmak curd – a dairy product from the Balkan region that’s made by collecting milk curd and adding salt, it’s divine. Young, old, rich, poor, hipsters … We are all the same while queuing for pljeskavica.”