The co-working market has existed worldwide for 15 years, and in Serbia for nine years, while company OfficeMe will celebrate its third birthday in December. More than 30 co-working spaces operate in our country today, but OfficeMe is unique as the first domestic company to profile itself for ‘instant office’ provision

In the first quarter of next year, OfficeMe is set to open two new spaces in New Belgrade, with another 500 work units that have already generated interest among clients. The company’s plans are serious and long-term, as it intends to retain and further consolidate its leadership position.

Tell us a bit more about the co-working space and instant office concepts. Who are they intended for and what are their main benefits?

As someone who spent many years working for a large corporation, who managed a large number of people and took care of cost optimisation, I knew that the market needed exactly the kind of service that I now offer. It is more important for anyone involved in any business to be able to devote their energy and time to their operations, rather than repairing a printer, cleaning, securing parking and internet, and paying the large bills that accompany all of that. That’s why we exist, and we deal with facility management on behalf of our users.

A co-working space is primarily rented by so-called freelancers – be they lawyers, experts, appraisers, designers etc. These are people of various professions who need a business environment, but don’t have not plans to expand their businesses and increase staff numbers. 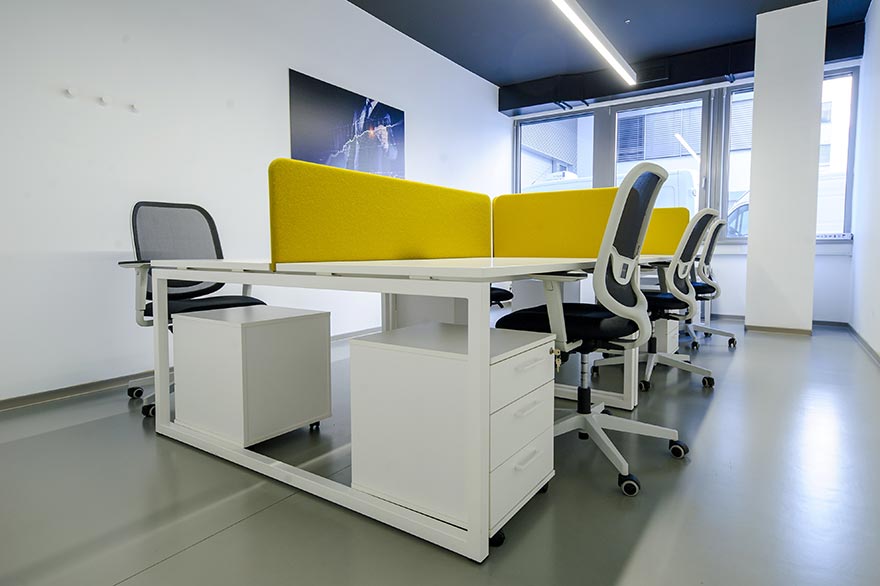 A co-working space is intended primarily for entrepreneurs, while the instant office is intended for SMEs intending to grow and expand their operations. Thanks to us, they will not have to spend huge sums of money on multi-year leases of office space that they may not even need, so they can invest those funds in development. Apart from that, at any time they can increase or decrease the number of work units they lease, and extend or shorten the lease period.

After extensive market analysis, international real estate agency Colliers declared OfficeMe as the leader in both Serbia and the region

OfficeMe isn’t the only co-working company in our country. How do you differ from the competition?

– Prior to the opening of our company in Serbia, only one foreign corporation, which operates worldwide, had the instant office concept, but they didn’t emphasise it in the way we do. With the launch of our company on the market, first as a co-working space, the instant office revolution was launched. OfficeMehas in the meantime withdrawn from the hub segment, and partly also from co-working, and is moving towards instant office, thus attracting a client base from the corporate sector or businesses that have multi-year plans to grow and increase staff numbers. 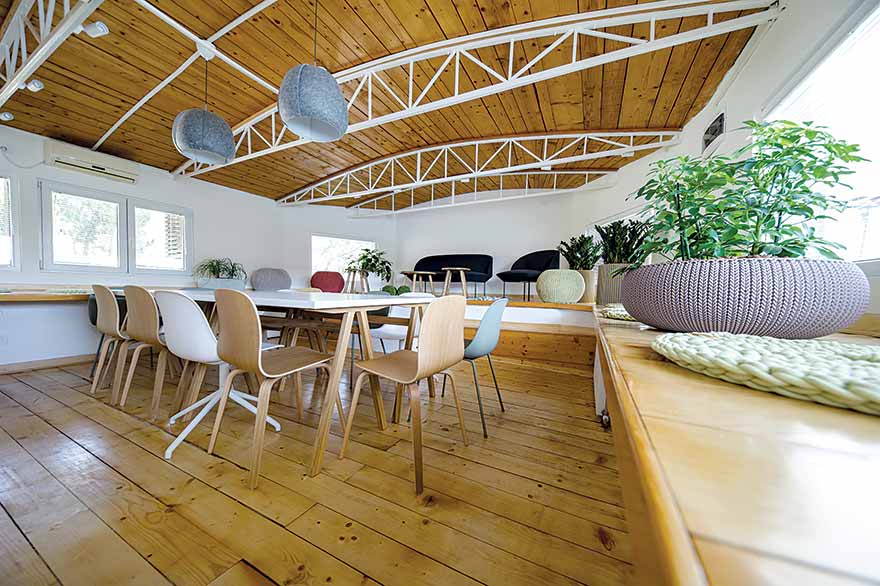 You have spaces in three locations: Sava Business Centre, Belgrade Office Park and BoatMe. What makes them specific?

– The important difference between us and others lies in the fact that OfiiceMe operates exclusively in A-category buildings. These are facilities that are of the highest quality according to all standards, ranging from the materials they are built from to energy efficiency. And when it comes to the spaces themselves, the third one – BoatMe – is not a building but a floating facility that has retained the rustic contours of a ship, but is equipped according to all A-category standards. Lighting, alarms, fire alarms, cameras, sensors, electricity, water, heating, cooling, toilets, work units, equipment, printers, professional kitchens, accompanying facility management etc.; everything is the same as in the most modern A-class buildings. This makes BoatMe a unique facility, not only in Serbia but across Europe.

It can be used for celebratory events or team building exercises, but also as a classic workspace, which is why there is a huge interest in it among companies from various sectors.

Your offer is able to address the needs of most clients and tenants. Do they know exactly what they need and how to choose that?

– With us, every client can get exactly what they need at any given moment, whether that’s an office for two people or six, whether they need an open space, divisions into blocks etc., and, yes, when their needs change, they can request a larger or smaller space. We have a shared kitchen and shared toilets, and we have many of them, as well as shared meeting rooms, rest rooms and balcony-terraces, which is very important from both social and business aspects. 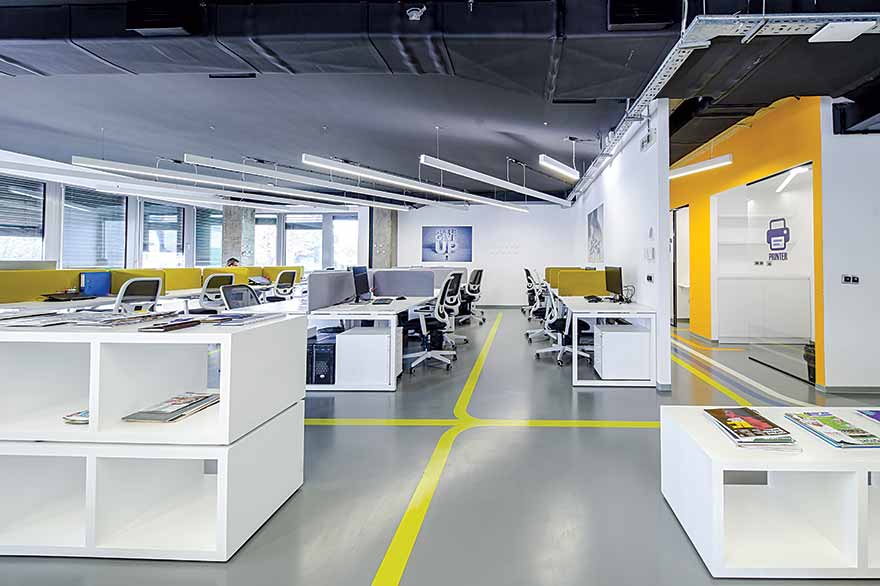 Those are places where people socialise with coffee, share experiences, help each other, both privately and professionally. Here they meet and forge new friendships, acquire new associates and contacts, which are the most valuable in the business world.

The building of the Sava Business Centre, which houses OfficeMe, is LEED Gold certified. Tell us more about that certification.

– This certificate is awarded by the U.S. Green Building Council – USGBC, a Washington-based nonprofit organisation. The Gold Certificate testifies to the quality of installations, applied solutions related to energy efficiency, interior and exterior materials, the amount of fresh air provided at any time for every person in a particular room, filters that are installed, the way in dew and rainwater are collected from the facade and used… 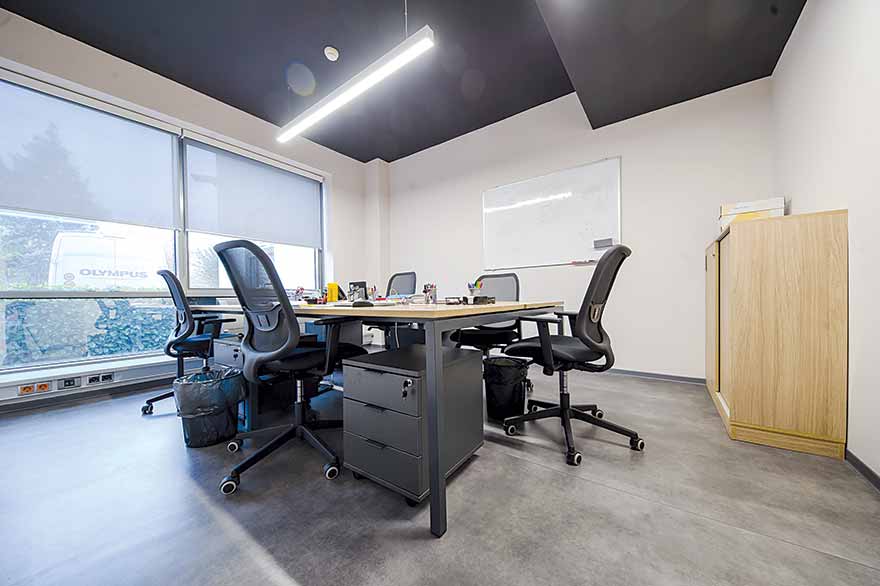 All of this ensures both employee safety and the best working conditions, particularly when it comes to air quality and lighting, which are important for both the productivity and health of users. Awareness of the importance of complying with all of these strict standards has only recently emerged in our country, while OfficeMe has implemented them from the outset.

When it was first established at the end of 2016, OfficeMe had an offer that encompassed 640 square metres of office space. What are your plans for next year?

Ad when it come to future plans, we have already contracted the opening of new premises in two locations, with another 500 working units for which we already have interested clients.

Real estate turnover in Serbia is constantly on the rise and, with the construction of a full network, locations alongside the highways are also...
Read more

Future city development must ensure human wellbeing and social prosperity As an assistant professor at the University of Belgrade’s Faculty of Architecture and chairman of...
Read more

With the global economic downturn a decade behind us, HLB, the Global Advisory and Accounting Network, takes a closer look at the current state...
Read more