Transferring Knowledge Is the Most Responsible Job

More than 600 experts have been working for 10 months already on a new strategy for education and science until 2030. Although it is built on healthy foundations, the reform will not be able to be implemented overnight, as we now have to implement programmatic and organisational changes that demand time

Speaking exclusively for CorD about the introduction of accountability principles, national testing, the reform of high schools and new vocations, the expansion of colleges and student dormitories, the opening of technology parks, the funding of science and all innovations brought by the strategy is Mladen Šarčević, Minister of Education, Science and Technological Development in the Government of the Republic of Serbia.

Work on the new Education Strategy has been ongoing for a long time. Are you satisfied with the effect so far?

– I can’t be satisfied with what has been done, especially when we consider that my team and I embarked on this work in 2017, and since then we’ve had to change numerous paradigms. More than 600 people, including a huge number of practitioners, worked for more than 10 months on various elements of the strategy.

For some areas there was no existing strategy, while for others there was – the one from 2012 – but there was no implementation. Numerous systemic laws had to be changed, so we at the National Assembly had as many as 35 laws. Some are completely new, others have been amended, while more than 150 by-laws and guidelines have been adopted. Money is no longer a problem either, as we’ve secured around 27.4 million euros from SBS [sector budget support].

The strongest and weakest links in any serious undertaking are the people, while a problem in our country is a lack of responsibility. Can this change with the strategy?

– Transferring knowledge is the toughest and most responsible job, and is not for everyone. The managers of a school must understand that they will be replaced if they don’t work and that a license is difficult to obtain and easy to lose. We are raising the level of responsibility to the highest level and introducing personal accountability because with people it can’t be otherwise. School principals must know their job. It is essential for us to have constant external reviews of their work, the work of the institution, the outcomes of teaching, as well as international checks.

As of September, we’ll have a Unique Information System in education, which will have numerous bases – who works, where they work, how they work, grades, and it will also be able to be used in analytics

Testing centres will determine what knowhow children have acquired every two years, through national testing, as an indicator of progress and what needs to be changed and improved.

In order for teachers to be motivated, they need to be better paid, and for that, we lack paying classes. If you work poorly and have a salary like someone who is committed and achieving great results, there is no reason to improve yourself.

What has already been done when it comes to planned activities?

– We’ve introduced single shift work in 300 schools with almost 80 special pedagogical contents that enable children to participate in more sports, to complete their homework, to learn with the help of teachers, to learn languages, work in student cooperatives etc. By the end of the year, single shift work will be introduced to another 200 schools, while a pilot programme for secondary schools will begin. This is the best response to the problems in society and in this way we gain a healthy nation. 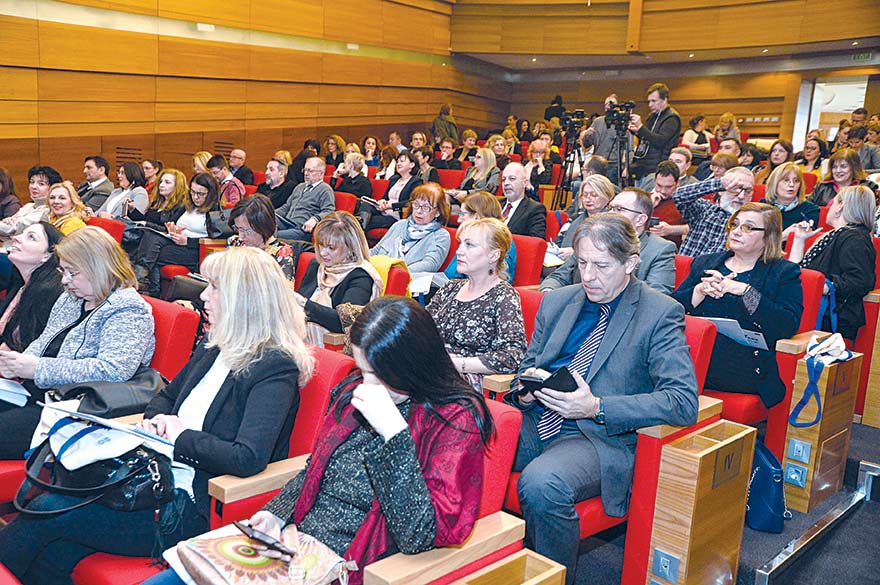 A lot of progress has also been achieved in digitalisation, which began in our country with us introducing IT studies to the fifth grade of primary schools ad hoc. At that time we secured computers with the help of donations – we now have 40,000 of them, while by the end of the year we will have close to 60,000, and in a year and a half to two years we’ll have 70,000 or more. Today children from the age of 11 are learning programming in a big way, which has provided us with the foundation to open IT departments in high schools. That’s the fastest-growing area and included there is also the gaming industry. Last year we exported software worth $ 1.096 billion – more than agriculture in its entirety.

How much will the needs of the economy be reflected in the strategy, given that education is the largest economic resource today?

– We can’t copy other people’s models, because our economy is unique, but we have to adapt to our specifics. We need many professions in the field of aviation and the aviation industry, which is why we are building new buildings of three secondary schools and expanding the capacities of colleges. When major new companies arrive, it is obligatory for them to talk with our Ministry to see what can be done with regard to the personnel that they need.

When it comes to secondary education, the Strategy also envisages the reform of ‘gymnasium’ high schools. What can students expect?

– The reform of gymnasium/grammar high schools is nearing completion, with 90 per cent concluded. We have 13 special profiles and programmes, and for the first time, we’ve recognised talented children in a broad sample and realised that, in addition to mathematics and linguistics, we need departments of physics, chemistry and biology, as well as history and geography.

Despite rapid technological development, children are not taught by teaching appliances, but rather by teachers. In order for the strategy to be implemented successfully, teachers need to receive support

We will have departments of sport for the first time, meaning real sports gymnasiums, an international diploma programme, but also art gymnasiums, among which will be profiles for visual and performing arts, which are important due to the development of the creative industries.

On what do you base your optimism?

– Salaries have increased five times in three years, so when it comes to pay grades, education will be on a good road as of 1st January next year. A lot of work is being done on infrastructure and this gives the whole story a good foundation because existing facilities are dilapidated and outdated. In three years, we have arranged more than 900 facilities, spending nearly €300 million in the process. We have done the hardest part of the job, which is not seen, and created an entire legal framework without which nothing else would be worthwhile.

– Not all private colleges are bad, nor are they all good. We cannot infer that some private college is bad, especially if it enrols students, pays its obligations to the state and satisfies all formal conditions. 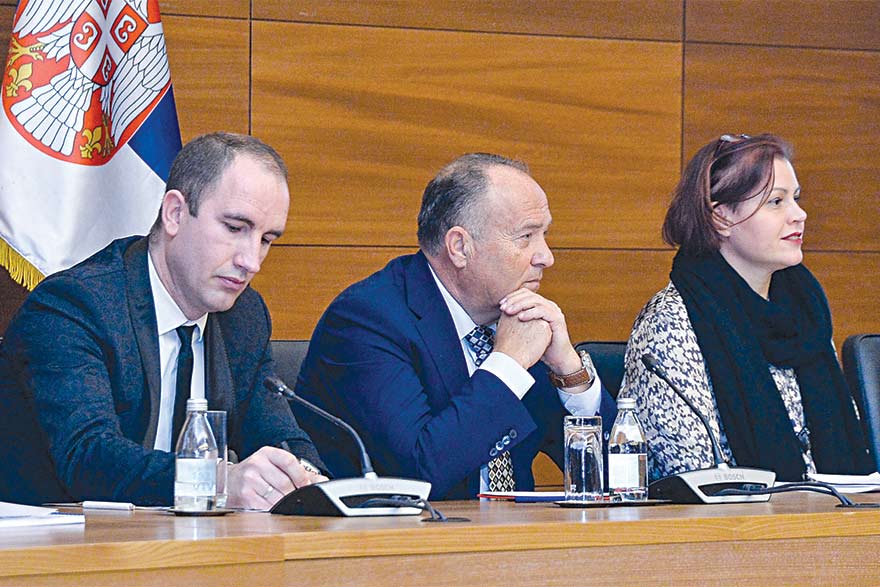 The value of a college is shown by the entry value of enrolled students, the opinions of employers – who they hire and how much they pay them, while the third indicator of quality is the advice of employers.

Apart from all of that, we have finally obliged private colleges to provide bank guarantees for all years of study, for the total number of students and programmes.

Good quality education today means that we send good students out into the world. Can the Strategy bring foreign students to us?

– Education can be a strong branch of industry for us strategically and we should relate to it in that way. We could earn at least two billion euros today from foreign students, and that’s only at the University of Belgrade, and at present, we don’t receive that much money even from IT. We are now extending a loan of 132 million euros from the CEB [Council of Europe Development Bank] for new colleges and student dormitories, as it is our intention to bring a larger number of foreign students to these top programmes, such as medicine, IT, food technology, according to which we are ranked 37th in the world.

It could be said that science is our strongest side?

– We have created independent bodies, have laws on science and research, the Innovation Fund, NAT, NQF, the Fund for Science etc. The Fund for Science has shown itself to be a great solution because only competitive processes are looked at, external international evaluations of projects, while there is nothing through connections.

Science is indeed the best-regulated part of the system, and it is very good that Serbia is invited to join international scientific foundations and institutions. We have already adopted a partial strategy for artificial intelligence, and we are in the final phase of adopting a smart specialisation strategy that is the link between industry and science. And here we’ve mapped four scientific areas – food for the future, machines for the future, ICT and the creative industries.

We are strong regionally; Serbia is a regional leader. Serbia has withdrawn over 100 million euros from the funds of Horizon 2020. That is 90 per cent of all funds in the region, which shows how good and high-quality our scientists are.

We’re on the right track. Now, all we need to do is speed up, stay on course and not stop!

Signing of a Memorandum of Understanding
Read more

Everything Starts With a Good Idea

It was a decade ago that the programming workshop of the Filipović Academy introduced the complex programme of the 'School Information System', which permanently...
Read more

We Educate Future Leaders of the Profession

The Government of the Republic of Serbia has included education among its priorities and is very seriously engaged in adapting the education system to...
Read more

Some 25 innovative projects of Serbian enterprises have been supported with €2.45 million in grants as part of the support programme for technological innovations. Within...
Read more

Joint Project Of Eurobank And Ministry Of Education

Eurobank and the Ministry of Education, Science and Technological Development announced at today's press conference a new socially responsible project ‘School Designed for You’,...
Read more