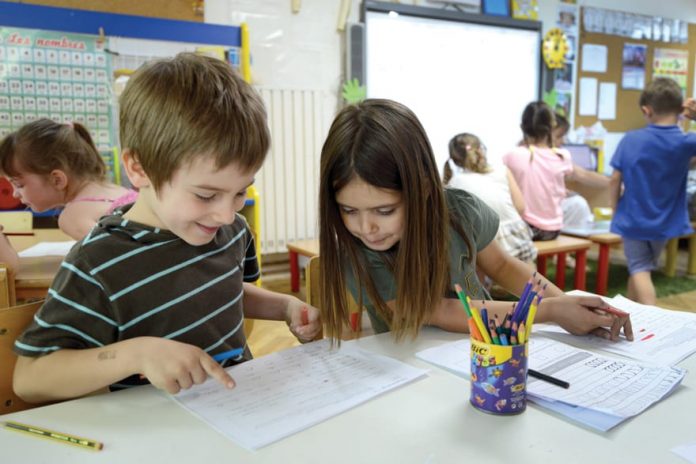 The French School in Belgrade introduces children from the ages of three to 18 to the adventure of learning in a caring and nurturing the environment, in French! The high quality of the teaching process is secured by the unique structure of teaching in France.

France is the only country in the world that has an international state-approved network of schools under the auspices of the French Agency for teaching French Abroad (AEFE), which allows pupils to continue the French curriculum in a French school abroad or in France whenever they choose.

The French school in Belgrade, established in the city in 1951, adheres to French educational principles, including the principles of secularity, as well as philosophical and political neutrality. The French government contributes financially to the education of our pupils, irrespective of their nationality, in the amount of €2,700 per pupil, through teachers’ salaries and other subsidies.

The French School in Belgrade promotes the diversity of its pupils. About 55 per cent of them are Serbian, 35% are French or binational and the remaining 10% comprises 20 different nationalities

There are currently 500 pupils enrolled at 15 different age levels. When it comes to our pupils’ nationalities, 55 per cent of them are Serbian, 35 per cent are French or binational and the remaining 10 per cent comprises 20 different nationalities.

In the past two years, 100% of our students successfully passed their final French Baccalauréat exam, which allowed them to continue their studies, mainly in France, but also in foreign countries – as the French diploma is recognised the world over. In addition to the formal curriculum, a number of extra-curricular activities are offered by the school each year, consisting of various sports, arts and sciences.

Starting from the age of three, children are eligible for the nursery at the French School in Belgrade. The Nursery welcomes 85 children aged three to five in a warm and friendly atmosphere, in the Belgrade suburb of Senjak. The nursery is divided into three levels and five different classrooms, each overseen by a bilingual teacher and a bilingual teaching assistant.

Our staff follows the French Early Years Foundation Stage curriculum, and is keen to offer the best of the French education system, placing an emphasis on a caring and nurturing environment, cultivation of desire for learning in young pupils and teaching them to socialise and learn to be part of a group, but also to be independent.

Pupils develop multilingualism at an early age, have strengthened physical predispositions and are exposed to the rigour of the French curriculum, as well as the autonomous critical thinking of French Education that is a synonym of high-quality pedagogy.

The French School in Belgrade maintains a child-centred approach to education and promotes the diversity of its students – by encouraging them to develop their mother tongue and preparing them to primary school by teaching them the basic pre-reading and writing skills.

School lessons start at 8.10am and end at 1.10pm. After-school care is also available until 4.30pm and consists of various activities overseen by teaching assistants in French.

We urge you to please get in touch with the school’s administration if you require any further information about the school and its programmes. We are looking forward to hearing from you soon!