It Is Too Early For Laurels

The results of Serbia’s economic programme supported by the IMF in the last two years have been impressive. However, it is still too early to declare victory. I believe the authorities share our view that consolidating recent gains will require completing the ambitious structural reform agenda

Now, when the three-year arrangement with the IMF is in its final phase, we took the chance to speak with Sebastian Sosa, IMF Resident Representative in Belgrade, about the progress so far achieved by Serbia and the next steps it should take, either with or without a follow-up programme with the IMF.

How satisfied are you with what has so far been achieved?

– The results of Serbia’s economic programme supported by the IMF have exceeded any expectations in terms of macroeconomic stabilisation and growth. Fiscal consolidation efforts have been particularly strong. In 2014, the fiscal deficit had reached almost seven per cent of GDP and public debt was on an explosive path. Just two years later, the deficit narrowed to less than 1.5 per cent of GDP—the lowest level since 2005— and public debt is falling. And this sizeable fiscal adjustment has not hampered growth. On the contrary, it helped to boost confidence, supporting private investment and growth.

Notably, employment growth is also expanding, with over 160,000 private sector jobs being created in the last two years. On the financial sector front, the resilience of the system has improved and the very high level of non-performing loans that were affecting banks is falling. All these achievements are great news and Serbia should be commended for them. Progress has been mixed, however, in terms of structural reforms to transform Serbia into a modern, private-sector-led economy with higher and sustainable growth, so here is where efforts should be concentrated going forward.

– Although progress in the last two years has been impressive, it is still too early to declare victory. We should bear in mind that most of the previous economic programmes in Serbia managed to achieve short-term macroeconomic stabilisation, but failed to resolve the underlying weaknesses of the economy. These unresolved structural problems prevented growth being sustained, eventually bringing the economy back into recession, with rising unemployment and re-emerging fiscal imbalances.

I believe the authorities share our view that consolidating recent gains will require not only maintaining sound macro policies and strengthening institutions but also fully completing the ambitious structural reform agenda.

Both you and the World Bank’s representative in Serbia recently warned that Serbia must stop subsidising unprofitable public enterprises and find a lasting solution for their functioning. Does it seem realistic to you that this goal could be achieved by the end of this programme?

– Reforming public and state-owned enterprises is indeed a priority for Serbia, not only to increase efficiency but also to reduce fiscal costs, as some of these companies have been a persistent drag on public finances. We have argued repeatedly that scarce public resources spent in keeping these inefficient companies alive should be freed and could be used to, for example, improve the quality of education and the healthcare system, boost infrastructure, or beef up well-targeted social programmes.

Significant progress has been made since the start of the programme to improve the efficiency and financial position of large public utilities, disposing of failed state-owned enterprises and privatising some viable ones. The number of problematic entities and the extent of the problems are now smaller. But solutions are still pending for some long-term troubled enterprises, mostly in energy and mining. Thus, we expect more tangible results this year on the resolution of Azotara, MSK, RTB Bor, Galenika and Petrohemija. Further steps will be taken to restructure Srbijagas, EPS and Serbian Railways, but the full implementation of these companies’ corporate and financial restructuring plans is a medium-term issue, as their deep-rooted problems cannot be addressed overnight. Making these companies competitive and sustainable in the long term will take time, strong efforts and political will.

What other big jobs for Serbia remain incomplete and are important for raising the rate of GDP growth to a level above four per cent?

– In order to unlock its growth potential, Serbia also needs to fully implement other structural reforms, which will help transform Serbia into a competitive economy led by a more dynamic private sector. For example, further improvements in the business environment are needed, especially in terms of streamlining and modernising the tax administration and ensuring a more efficient, independent and predictable judicial system, with reduced levels of perceived corruption.

Further improvements in the business environment are needed, especially in terms of streamlining and modernising the tax administration and ensuring a more efficient, independent and predictable judicial system

Fighting informality needs to continue, and public administration reform needs to be reorientated from eliminating staff redundancies to improving efficiency and quality of public services, especially in priority areas such as health and education. Finally, infrastructure gaps need to be reduced by increasing the level and quality of public infrastructure. All these reforms will pave the way for higher, more sustainable and inclusive long-term growth.

– Clearly, Serbia is now on a much stronger footing than two years ago. But we can never rule out risks of fiscal relaxation, which if materialised would impact negatively on confidence and foreign investment. Therefore, a key challenge is to ensure that the recent hard-won gains are consolidated and sustained over time, even in the absence of an IMF-supported programme.

Strengthening fiscal institutions, including fiscal rules, and boosting potential growth by completing the reform agenda, would help meet this challenge. It is of course up to the authorities to decide whether they want a follow-up arrangement, but the IMF stands ready to support future reform commitments.

You come from Latin America, where there are many examples of countries with economies that had great potential, implemented reforms and then again returned to the abyss. On the basis of these experiences, what would you recommend to Serbia?

– I would rather point to the experience of the successful reformers in Latin America. Countries such as Chile, Colombia, and Peru have made tremendous progress in strengthening their economic fundamentals and improving living standards over the past 25 years. 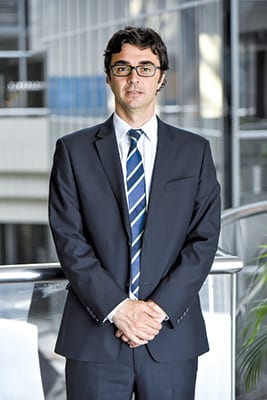 How did they accomplish this? The implementation of key structural reforms and trade liberalisation in the 1990s, coupled with the establishment of stronger institutions and credible policy frameworks, provided the foundations for their economic success.

And the adoption of flexible exchange rate regimes has helped to enhance the resilience of these economies to foreign shocks. Thus, they managed to drastically reduce macroeconomic volatility and to avoid the boom-bust cycles of the past.

But there are also examples of countries in the region that enjoyed periods of strong growth supported by a terms-of-trade boom and strong capital inflows but didn’t implement the required reforms to address key underlying economic and financial weaknesses.

Thus, when favourable external conditions reversed, they fell back into recession, high inflation, fiscal sustainability issues and financial sector problems. I think the divergent performances of these two groups of countries provide useful lessons to other emerging market economies like Serbia.

The IMF has an almost universal image worldwide as a police officer, as an institution that forces countries into austerity measures without taking care of people and their lives, as is the case in Greece, for example. In contrast, the IMF has for years been devoted to investigating inequality. Could you tell us more about that?

– The IMF has indeed been increasingly working on inequality, as well as social protection issues. Extensive research has been conducted in the last decade or so in an attempt to understand the causes, consequences and remedies of income inequality. One of the main findings is that excessive inequality poses risks to sustainable growth, while social protection is increasingly seen as a contributor to macroeconomic stability, since protecting vulnerable groups can help maintain social and political support for sustainable policies.

But inequality has been more than a research agenda for the IMF. The institution is exerting concerted efforts to give more prominence to it as part of the practical work with member countries, for instance, by giving more emphasis to supporting vulnerable groups in arrangements with low-income countries.

In fact, 29 of the 30 most recent programmes have introduced minimum levels for social spending on priority areas, such as healthcare and education. Moreover, the IMF is operationalising inequality in the bilateral surveillance of member countries, and its technical assistance has recently focused on the distributive aspects of policies, especially fiscal.

We expect more tangible results this year on the resolution of Azotara, MSK, RTB Bor, Galenika and Petrohemija

– Based on Eurostat data, Serbia exhibits higher income inequality than most countries in the EU, but the comparison of inequality across countries depends significantly on the indicator used. In any case, notwithstanding the need for fiscal adjustment under the programme, measures to minimise the social impact of some of the reforms were adopted with the help of the World Bank.

In our view, there is still scope for improving the targeting of social programmes, as many of them are poorly targeted, while those that are well-targeted, such as the Financial Social Assistance programme, are clearly under-funded. But I think it is also fair to say that, by restoring macroeconomic stability and avoiding an economic crisis, Serbia’s programme was effective in preventing higher inequality and poverty, as it is during crisis periods when the largest increases in poverty and inequality are typically observed in emerging markets and developing countries.

– Reductions in pensions and “across the board” cuts in public employment and wages were needed as the fiscal position was unsustainable. But now the priority should be targeted restructuring in areas such as health and education, to rationalise staff numbers and skills, and a more efficient and equitable wage system. Ultimately, the road to sustainable and inclusive growth entails completing the structural reform agenda.

This is now the main objective of the programme, which is a programme about growing income in Serbia. And it appears to be working, as employment and private sector wages are growing, and to the extent, fiscal sustainability is cemented, public wages and pensions will also gradually be able to increase, as well as social spending in priority areas.

Going forward, the road to lower inequality will require stronger and more efficient pre-distributive policies—policies that improve access to good education and healthcare for all. But this is a difficult task that cannot be done overnight. So, in the short-run, these policies should be complemented with the better redistribution, including by improving the targeting of social benefits towards the poor.