We’ll Be Even More Attractive For Major Foreign Players

With the regulated industrial zones, roadways and infrastructure that we co-financed last year, I believe that during this year we will also attract large international brands to do business with us, but also encourage our domestic business leaders to encourage and expand their operations. I expect that this year we will achieve foreign direct investments worth two billion euros

Serbia has all the prerequisites to achieve the projected GDP growth of 3.5% this year. This optimistic assessment of Serbian Economy Minister Goran Knežević, based on statistics regarding the widely dispersed growth of industrial production, government support to foreign investors and domestic enterprises, and the development of infrastructure that represents the first precondition for big players in the manufacturing sector to come to Serbia and the region.

– The government plans strong economic growth in the coming years, and how important that is to us is illustrated by the fact that the Prime Minister also established the Council for GDP growth. We already have visible results, because we ended last year with a minimal budget deficit. We will certainly follow this with stronger support to the development of the private sector, both for large investments and for SMEs.

I believe that we will succeed in ending this year with even better macroeconomic data, while we see that the IMF and other financial institutions confirm the growth forecasts of three per cent this year and 3.5% next year. Contributing to this will be strong growth in the manufacturing industry, investment and domestic demand.

It is very important to divide the focus equally between the development of the private sector and resolving the negative legacy in the form of state and public enterprises.

How was growth in other industries, except energy, which declined?

– What is most important is the growth of the manufacturing industry in the first quarter of 2017 by 7.3% compared to the same period of 2016, especially bearing in mind that in the structure of growth the manufacturing industry contributed more than three-quarters. The March growth of 10.3% was widely dispersed, with most industrial areas withdrawing: production of base metals, fabricated metal products, machinery and equipment, foodstuffs and motor vehicles.

According to March’s export results, it would seem that companies in Serbia are becoming increasingly successful in selling their goods. Which industries have the most momentum in this respect?

According to the information we have, 72 companies with which we signed contracts on the creation of 12,383 jobs now employ 39,953 people, which is 27,570 more than the agreed target. I think that’s a more than positive effect of state support

The largest exporters are strategic investments: FCA Kragujevac, Hesteel Serbia and Tigar Tyres, which comprise more than 14 per cent. Foreign trade with the EU amounted to 65.2%, while the five largest partner countries – Italy, Germany, Bosnia- Herzegovina, Russia and Romania – accounted for 47 per cent of total exports.

– Yes, contributing the most to the foreign trade deficit of €1.08 billion in the first quarter were increased imports of crude oil and electricity. In the field of the manufacturing industry, the trade deficit increased in the chemical and pharmaceutical industry and in the production of computers. It should be noted that the export-import coverage ratio remains high (77%).

You said recently that you expect a significantly greater exchange of goods with Eurasian economies. Why is the potential of these markets still untapped?

– Serbia already has signed agreements with countries that represent a market of 1.1 billion people. We also want to realise an agreement with the Eurasian Economic Union as soon as possible, because that will enable our producers to access, under incentivised conditions, a market of another 200 million people, which is also – it is to be understood – an additional motive for many foreign investors to come and invest in Serbia.

The fact that the President of the Russian Federation pointed out in China that preparations are underway on an agreement on the initiating of consultations with our country is just a good signal for us because that is a step forward in negotiations that mean a lot to us economically.

What level of foreign investment do you plan for 2017?

– Given that in 2016 we exceeded the level of €1.9 billion in foreign direct investment, and that in the previous period we focused our activities on providing even better conditions for doing business in our country, I believe that in 2017 will reach two billion euros. 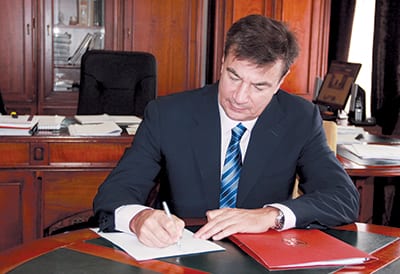 Now, with the completion of the legal and institutional framework for enticing investment, With the regulated industrial zones, roadways and infrastructure that we co-financed last year, I believe that during this year we will also attract large international brands to do business with us, but also encourage our domestic business leaders to be courageous and expand their operations.

With incentives alone, we have, from the beginning of 2016 to May of this year, secured investments worth almost 300 million euros, which will create at least 20,000 new jobs. I say “at least” because it has been shown that investors employ many more people than they are contracted to hire. According to the information we have, 72 companies with which we signed contracts on the creation of 12,383 jobs now employ 39,953 people, which is 27,570 more than the agreed target. I think that’s a more than the positive effect of state support.

How much has the construction of major roads contributed to us increasingly also seeing foreign investors in less developed regions of Serbia?

Road infrastructure is very important in that. Minister Mihajlović has achieved remarkable results when it comes to local and regional roads.

On the other hand, as the Ministry of Economy, with more than two billion dinars, we helped municipalities and cities to equip business zone, build roadways and install other infrastructure that ensures the availability of business zones.

We don’t want to allow interested investors to leave just because a certain municipality or town doesn’t have a road or adequate electricity that is essential for their work.

Numerous investors have expressed an interest in the privatisation MSK in Kikinda and Pančevo’s Azotara and Petrohemija. Is Serbia finally on route to resolving the problem of these companies that burden the budget?

– Serbia has struggled for so long with repetitions from the past that suck the budgets of previous years that it is unrealistic to expect that we will solve this problem overnight. 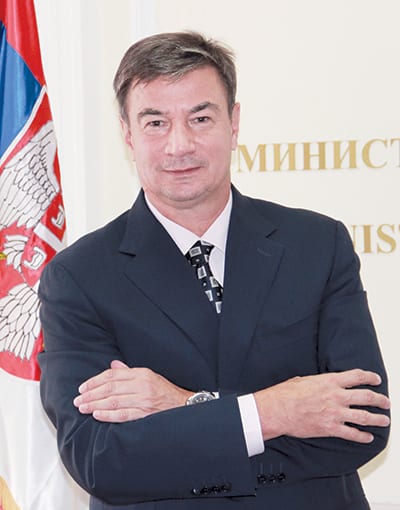 If it was just about buildings, that would be solved easily. However, we mustn’t forget that our citizens work there and that specific places in our country very often depend on these companies. Thus we come to the fact that privatisation is not just an economic problem, but also social, political…

It’s important that have things started moving from the standstill and that we have revived many companies, that they have received new clothes and have a bright future. Some slightly more complex stories don’t have such a happy ending, thus it is equally important to provide conditions for the private sector to be able to employ people who lose their jobs with the closures of old companies.

I believe that the number of such companies, which has now dropped to 156 from the 526 with which we started this process, will be reduced to 120 by the end of this year. The numbers aren’t as important as not repeating the mistakes made by our predecessors.

The number of such companies under reconstruction has now dropped from 526 to 156, and I believe that we will reduce that number to 120 by the end of this year

The government is cooperating increasingly with various business associations, such as NALED and the FIC, when it comes to improving the business climate and encouraging economic growth. What are your expectations from that cooperation?

– The dialogue with the NGO sector is very important. Through direct and frequent conversations with the business leaders it brings together, this sector has the capacity and resources to develop this dialogue and to articulate the needs of businesspeople and direct them towards the state authorities. The key role of the NGO sector is to be that extra pair of eyes, ears and voice between business leaders and the state.

Which measures for improving the business environment can you announce from your ministry?

– We will continue with the policy of incentives for large investments, as well as support programmes for SMEs and entrepreneurs. This year we have secured as much as 18.2 billion dinars for financial and non-financial support, plus around 500 million euros in soft loans via EU funds. Now there is no reason for the excuse “I don’t know how” or “I have no help”, because that is now actually provided.

Where do you see room to further increase the competitiveness of SMEs?

– We encourage exports of local entrepreneurs through various programmes, from education to promotions at foreign trade fairs. And as of recently, we have provided form them to test their products in Serbia and to obtain the necessary certification for export to demanding foreign markets.