Dubravka Nègre, Head of EIB Regional Representation for the WB

EIB, as the European Investment Bank and the largest multilateral borrower and creditor, stands ready to support investments in Serbia and the region, and to contribute further to the EU integration process

The European Investment Bank (EIB) is active in many sectors in the Serbian economy. The most visible project is probably the involvement in the rehabilitation and building of the Clinical Centres in the country, worth $200 million. On the other hand, the new Economic Resilience Initiative (ERI) is probably the most fundamental, as it aims to increase support and help build resilience in the Western Balkan and the Southern Neighbourhood, which has been hit strongly by the recent refugee and migrant crisis. We spoke with Dubravka Nègre, Head of EIB Regional Representation for the Western Balkans, based in Belgrade, about the bank’s portfolio in Serbia and plans for the future.

In your opinion, how sustainable is today’s economic growth in Serbia?

– The Serbian economy expanded faster than expected in 2016. Growth is forecast to firm up, increasingly underpinned by private consumption, while investment and exports are expected to remain robust. Fiscal consolidation continued to be very strong, outperforming all targets by a wide margin and causing the public debt ratio to fall for the first time in many years. High-quality public investment should be prioritised in order to improve competitiveness and boost growth and employment, attracting private investment. Serbia should aim to sustain strong macroeconomic stability and persist in continuing with ongoing structural reforms, especially those that concern state-owned enterprises and bad loans, in order to achieve sustainable, mid-term growth.

What are the most attractive projects in the region for investors like the EIB?

– EIB, as the European Investment Bank and the largest multilateral borrower and creditor, stands ready to support investments in Serbia and the region, and to contribute further to the EU integration process. We have supported, and have plans to continue supporting in the future, transport and energy infrastructure, health and education facilities, research institutions, private sector development, as well as the small and medium-sized enterprises. High on the EIB’s agenda is a support to the Connectivity Agenda of the EU in the Western Balkans through financing infrastructure projects by combining loans and grants in order to improve the regional connectivity of the countries in the region, be that in the transport or energy sectors.

In Serbia, there are currently 15 active project loans granted by the EIB. How satisfied are you with the pace and quality of their use?

– At present, the utilisation level of our loans (i.e. the ratio of loans disbursed to loans signed) stands at around 75% in Serbia. Typical problems we encounter are related to project preparation and project management during the implementation phase, but we are addressing those difficulties successfully together with our partners.

What specifically did you mean with the possibility for further growth of the EIB’s partnership with Serbia?

– The EIB has launched its Economic Resilience Initiative (ERI) to increase its support and help build resilience in countries hit by the recent refugee and migrant crisis, namely in the Western Balkans and the Southern Neighbourhood.

The countries in both regions are already facing significant economic challenges, including high levels of public debt, low growth and high levels of unemployment, especially amongst young people. 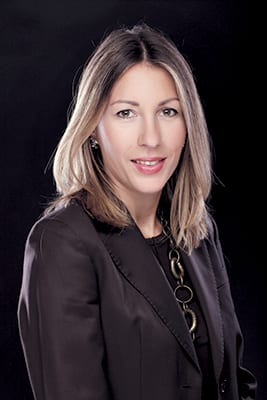 The influx of large numbers of refugees is putting poor infrastructure under additional strain. Existing financial instruments do not adequately meet the region’s requirements, nor do they provide financing on sufficiently favourable terms for the critical investments required to stimulate growth and job opportunities and ensure basic public services to both the local and refugee populations.

The ERI is evidence of the EIB’s determination to help meet these challenges. It is a new initiative endorsed by the European Council a year ago. It will focus on raising additional investments to support sustainable growth, vital infrastructure and social cohesion, including the creation of new job opportunities. This will involve support for both the public and private sectors.

The ERI will support efforts by the public sector, including municipalities and public sector entities, but also by providing support to the private sector through additional risk taking capacity and more volume, as well as Concessional lending (combining loans and grants). In addition, the ERI would allow the Bank to accelerate the finalisation of key infrastructure projects and provide additional financial and technical support on the ground where needed.

To this end, we plan to catalyse investments of €3.5 billion in the Western Balkans over the next three years, including in Serbia, which – as the largest country in the region – is expected to attract a good part of that financing.

High-quality public investment should be prioritised in order to improve competitiveness and boost growth and employment, attracting private investment

In conversation with Finance Minister Vujović you stated that the EIB is interested in the development of road and rail routes within the framework of the European transport network. What does the EIB offer Serbia compare to other creditors, such as China, for example?

– The EIB is working closely with, and contributing to, the Western Balkan Investment Framework (WBIF) and has already combined EU grants with our loans in several projects in the Balkans. We plan to also do so in Serbia this year, in particular in the rail sector. Besides that, we plan to step up our activities through the Economic Resilience Initiative, as explained earlier.

As the largest multilateral borrower and creditor having an AAA (the highest) credit rating, we finance ourselves on the capital markets under very favourable financing conditions. As a not-for-profit institution, we pass on our favourable condition to our clients. For example, when we work with governments directly, we don’t have any commitment or other applicable fees, unlike many other financial institutions.

To what extent can major infrastructure projects help revive the economy today, given that this no longer relates to works that imply the creation of a large number of jobs? 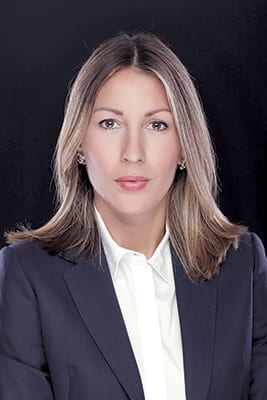 The accessibility and quality of infrastructure determine countries’ attractiveness to foreign investors. To that end, the continuation of building up infrastructure in Serbia, such as transport, energy, municipal infrastructure, health and education, are all equally important and are all supported by EIB activities.

The EIB has invested close to nine billion euros in the countries of the Western Balkans, of which half has been invested in Serbia. Does the explanation for this arrangement lie in the size of the Serbian economy or its relative shortcomings compared to its neighbours?

– Serbia is the largest country in the region by size, population and economic activity. The EIB is present in all the countries of the region, but so far around 50 per cent of our activity has been concentrated in Serbia, due to all of the noted reasons.

In which areas is the EIB interested in public-private partnerships in Serbia?

– The EIB has vast experience in financing PPPs in both developed and emerging markets. We are ready to consider well prepared and procured PPP projects across the region. In Serbia particular in, we are looking into PPP projects developed by the City of Belgrade, as well as concessions and non-recourse project financings, notably in the energy sector.

The EIB continuously supports the building of infrastructure in Serbia, such as transport, energy, municipal infrastructure and in health and education, which are crucial for sustained growth and investment flows

Do you think this is a good investment form when it comes to major environmental projects?

– In Europe, PPPs are used in many different sectors. They can be a successful way of delivering public services if properly prepared and procured.

In your opinion, why are there still no high-quality projects in the field of wastewater treatment, for example?

– One of the usual main obstacles is projects’ preparatory work, such as the preparation of feasibility studies, cost-benefit analysis, design studies etc., which require time, money and skills to be finalised. We are addressing those shortcomings with our partners through the provision of technical assistance for project preparation. Public prioritisation is equally important and the needs are significant across many different sectors.

When you say that the EIB plans to finance new projects in the fields of health and education, to which kinds of projects are you primarily referring?

– The EIB is planning to continue financing Clinical Centres across Serbia, which are the most important tertiary healthcare institutions in the county, and we intend to sign a new finance contract to this end, worth €50 million, in order to complete our already signed financing of €150 million. Through our financing of the programme in the education sector, we have supported the construction and reconstruction of primary and secondary schools across Serbia. Of a total of €75 million, some €20 million remains to be invested. We are open to considering the continuation of those efforts in both sectors if required.

Despite major announcements, there have been few developments in the energy sector. From your perspective, are there interesting and simultaneously operative projects in this area?

– There are and we are already supporting a few across the region. Nonetheless, we hope to do so even more in the future, in particular through supporting investments in energy efficiency and the renewable energy sector.