Serbia should target annual growth of around four to five per cent in the medium term, in order to achieve meaningful convergence with developed countries. This requires further reforms in support of investment and economic resilience. The EBRD is already helping in this process, but also has new initiatives in line with its expertise

As EBRD studies suggest, Serbia should continue reforms in order to secure macroeconomic stability. Better governance, more efficient employment policies aimed at ensuring the inclusion of young people, women, older people and disadvantaged groups in the workforce, as well as the improvement of the quality of infrastructure, energy efficiency, and NPLs/corporate over-indebtedness, are the most important factors that need to be addressed if Serbia wants to achieve more robust growth, says Daniel Berg, EBRD Director for Serbia.

How would you assess the state of the Serbian economy?

– Economic growth started to recover in recent years, driven by investment and exports, after stagnating between 2009 and 2014. Growth reached 2.8 per cent in 2016, also helped by relatively low oil prices and interest rates, and a positive agricultural season. The short-term growth outlook is favourable (our forecast is 2.9 per cent in 2017 and 3.0 per cent in 2018), with domestic demand driving growth. Investment growth can be supported by an improved business climate.

This includes successful fiscal consolidation, market stabilisation and more importantly ongoing structural reforms. Medium-term prospects depend to some degree on the pace of reforms to improve the investment climate, as well as further work on NPL resolution (to liberate bank lending) and corporate restructuring (including for state enterprises). The country should continue to streamline the implementation of major infrastructure projects.

Economic programmes under the IMF’s three-year precautionary IMF Stand-By Agreement are yielding results. The fiscal indicators are ahead of programme targets (the fiscal deficit fell from 6.6 per cent in 2014 to 1.4 per cent of GDP in 2016 and public debt is stabilising). However, public debt remains high at around 73 per cent of GDP.

Restructuring of large public companies needs to be accelerated as they distort markets and their performance can impact government spending requirements. Similarly, while business reforms have improved the investment climate, there is of course still room for improvement (especially in governance, regulation and public administration).

In your opinion, are the results achieved sustainable, and in this context are you concerned about the specific slow-down in Serbia’s GDP growth?

– Sustainability will depend on further structural measures, including raising the efficiency of public administration and public companies. Public debt is still high at above 70 per cent of GDP and Serbia will need to continue to be careful with its budgetary spending to avoid increasing debt levels.

Accelerating growth is important both to support economic convergence and the reduction of public debt. Serbia should target around 4 to 5 per cent annual growth in the medium term in order to achieve meaningful convergence towards developed countries. This requires further reforms supporting investment and economic resilience.

We are prepared to provide further technical assistance to remove barriers slowing down large NPL deals. We are also ready for potential involvement in NPL transactions alongside private investors as we did for example, in Greece

Our studies show that, along with macroeconomic stability, better governance, economic inclusion (encouraging the employment of the young, women, older people and disadvantaged groups), infrastructure quality, energy efficiency, and NPLs/corporate over-indebtedness are the most important factors to address in order to support productivity and growth.

Relatively weak performance in one quarter is less relevant than the speed and direction of economic reforms. Nevertheless, short-term negative developments in mining and electricity generation point to the importance of diversifying energy sources (strengthening the country’s resilience) for example, through investment in alternative, renewable energy sources.

What do you expect from the new Serbian Prime Minister?

– To maintain the reform initiatives, and work on convergence with the EU and integration within the Western Balkans. The EBRD has an effective relationship with numerous line ministries and we would expect to maintain our good work as with the current government.

In your opinion, how much essential progress has been made in the reform of the public sector?

– Some key measures have proceeded. The government reduced overall employment in both the national and local governments. It has also reduced the number of workers in public companies through strategic workforce measures. Improvements have been noted in tax administration and especially in permitting and licensing. The EBRD looks to work with the government to continue such reforms, for example by reform of the overall inspections regime and reducing the number of inspections. We also want to improve the judiciary system; through, for example, expansion of the use of alternative dispute resolution.

It was announced recently that the EBRD could increase investments in Serbia through advisory services and financial support. Can you tell us more details about that?

– The EBRD has been a major investor in Serbia since initiating activities in 2001. We have invested around EUR 4.5 billion. 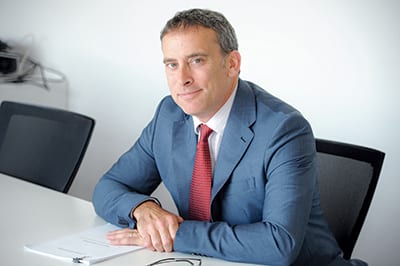 We would like to see an increase in overall investments from recent levels of around EUR 300 m per year to EUR 400 million or more. This depends of course on the investment climate and the need for the Bank to support private and public sector investments. Larger sovereign projects in transport, water, waste, energy, etc., have accounted for a significant share of our overall business in the past. We now expect to see a larger share of EBRD finance going to private investments, with and without a role for the public (that is, public-private partnerships (PPPs)).

At the same time, we continue to develop important advisory services. This includes advice for small businesses, where we support some 100 companies per year with small grants to improve their business performance. It also relates to an expansion of our policy work. We signed the ICGI MoU with the government in late 2015 and are now implementing a range of advisory projects including for procurement, PPP reforms, corporate governance in state-owned enterprises, etc.

You are also interested in becoming actively involved in resolving the issue of NPLs. What could the EBRD’s involvement in resolving this issue bring to the Serbian financial system?

– The EBRD can and has already provided support in several areas. We have worked together with the Ministry of Finance, other government institutions, the National Bank of Serbia and international financial institutions during the preparation of an NPL Resolution Strategy, adopted by the government in August 2015.

NPL sales (selling non-performing loan portfolios to specialised firms) have started and the NPL ratio declined from 22 per cent in 2015 to 17 per cent at the end of 2016, but it is still high. The EBRD is ready to help in many areas in order to develop NPL markets and accelerate NPL resolution. Our report, outlining existing impediments to NPL sales, was well received and we are prepared to provide further technical assistance to remove barriers slowing down large NPL deals. We are also ready for potential involvement in NPL transactions alongside private investors as we did for example, in Greece with KKR.

It was recently announced that the Electric Power Industry of Serbia (EPS) has still not used the EBRD loan it received in 2011. How effectively are other funds approved to enterprises (by the EBRD) being utilised?

– Our loan for improving metering at EPS is still pending disbursement due to an ongoing investigation by the public prosecutor. However, we hope to see this project proceed as soon as possible as it will improve EPS’ overall utilisation efficiency and help customers control their costs.

Implementation of projects in the infrastructure sector typically requires lengthy procedures. However, we have seen rising disbursements in 2015-16, while noting that public companies can further improve capacity to implement large projects efficiently.

Can you tell us something about your new financial products intended for SMEs in the agricultural sector?

– The EBRD is working with the government of Serbia on designing innovative products to serve agricultural borrowers’ needs. These could include both traditional credit lines to banks for on-lending to agribusiness entities for medium- to long-term investments. The credit lines could benefit from a loan loss absorption mechanism, to stimulate banks to extend lending to underserved agribusinesses. We are also looking to introduce agribusiness Risk-Sharing Facilities. This would entail the EBRD assuming a portion of the risk on a portfolio of agribusiness sub-loans.

We are currently reviewing investment in renewable energy. We believe the regulatory regime is now mature and quality investors are committing to the sector

Is Serbia sufficiently utilising its potential in this area?

– Serbia can definitely expand on its historic agriculture base. This may require investment in water infrastructure – that is, improved irrigation. Serbia will likely benefit more from continued integration with its EU neighbours, which are the main foreign investors and trade partners, and can also benefit from EU programmes for supporting SMEs in the agricultural sector.

You have financed mainly large trade players and their entry into the Serbian market. Why did such financially strong companies require the support of the EBRD?

– We have supported both large foreign investors and small local companies. Investors work with the EBRD for a host of reasons – be it our experience in the sector, country and region, our ability to provide creative financial products or our ability to syndicate large loans. The EBRD provides more than money – it provides local knowledge and long-term partnership, which can support investors throughout the life of their investments.

You once announced that the EBRD could enter the mining sector. How realistic is that in the medium term?

– The EBRD has invested EUR 1.9 billion in 52 mining projects across all of the Bank’s countries of operations. In Serbia, there are few projects that have advanced beyond the exploration stage. However, the EBRD is engaging with these companies and remains committed to supporting projects that meet international EHS (environmental, health and safety) standards, good corporate governance and positive financial returns. We would seek to mobilise capital alongside international investors.

Which other sectors potentially interest you?

– We are by our nature responsive to investment opportunities.

We are currently reviewing investment in renewable energy. We believe the regulatory regime is now mature and quality investors are committing to the sector.

We are also closely following investment in the automotive parts and ICT sectors, where Serbia is competing with other south-east European countries to attract investors. In the automotive sector, we are supporting suppliers to major auto producers.

We will continue to monitor Serbia’s privatisation plans – we would seek to support quality investors who could improve these strategic companies’ operations.