We Will Revive the Economy

After a number of years spent only on reviving infrastructure and culture, the current leadership of Čoka is focused on strategically important projects, setting up an industrial zone, attracting investors and growing the economy

We strive to develop an efficient municipal administration that will create the best conditions for education, treatment, cultural upbringing, for the life and work of our residents.I hope that people, economic entities and agricultural producers will see our sense of responsibility as their own benefit, says Stana Djember.

The greatest economic potential of your municipality is agriculture and existing businesses that could be far more successful with some support. What should be changed for those potentials to be used?

– As a small and undeveloped municipality, Čoka faces the same or similar problems and challenges as other municipalities in Serbia. We are working on changing awareness and accepting problems as challenges. We are aware of the fact that the municipality should be the driving force and an incentive to overcome the challenges that both agriculture and business in our community are facing.

That is a long-term process in which the municipality should be established as a socially responsible entity of the whole community and that is why we direct our capacities towards it. We hope that economic entities and individual agricultural producers will see our sense of responsibility as their own benefit.

The revival of the Čoka Meat Industry and the start of some form of processing will be possible only after the completion of this procedure, so we would like this problem to be solved a little faster

Until two decades ago, the Čoka meat industry was the backbone of the economy in your municipality. Is there a chance for its revival?

– The Čoka Meat Industry was the backbone and main driving force of the economy of our small municipality, which proved to be a very bad thing. 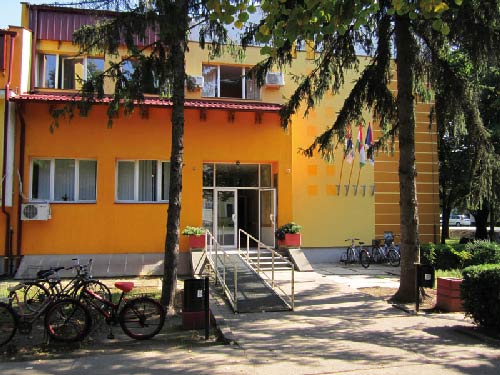 After the collapse of the meat industry, the municipality of Čoka fell into a sharp decline, from which we have not yet fully recovered. Bankruptcy proceedings have been lasting for nine years and we don’t know when they will end. The revival of the meat industry and the start of some form of processing will be possible only after the completion of this procedure, so we would like this problem to be solved a little faster. The situation is complicated and demanding, but as a responsible municipality we are hoping for improvement.

Republic and provincial authorities have provided capital investment funds, but final solutions and projects are needed by the ministries. Are you working on preparing them?

– Čoka Municipality has been working intensively for over two years on infrastructure projects to begin the reconstruction of schools, health facilities, streets… We are trying to provide capital projects for every inhabited place in our municipality according to the needs of the locals, and we have great support from the ministries.