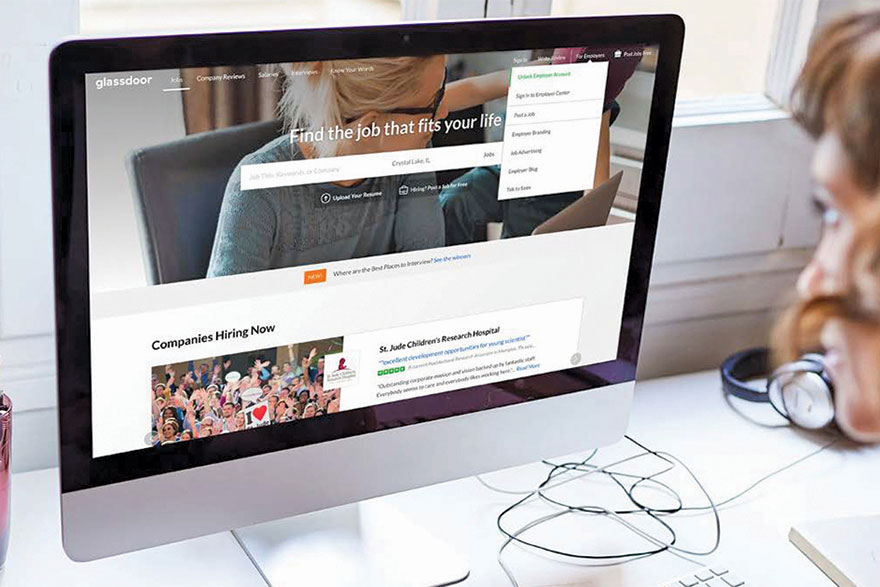 Diversity and inclusion are two terms that promote true values and place an emphasis on humaneness, tolerance and respect, which enables companies to secure their prosperity, better operations and an entire raft of long-term benefits, from a greater choice of personnel to positive changes in society

BECOMING A DESIRABLE EMPLOYER IS EASYA

A large survey conducted back in 2014 by Glassdoor showed that almost 70% of jobseekers consider diversity and inclusion as essential elements when it comes to choosing an employer. Today, in the modern business of the digital age, this is even more pronounced simply because modern technologies erase borders, barriers and differences, so employers who are sufficietly open to diversity have greater possibilites when selecting workers.

And while diversity and inclusion enable them to choose staff members who suit them, on the one hand, they also lead to them being dubbed a desirable employer that everyone would gladly work for.

The signing of the project, which aims – among other things – to contribute to increasing the number of children and students with developmental disabilities enrolling in regular education while reducing the number of children included in special schools for educating pupils with development disabilities, was attended by Branko Ružić, First Deputy Prime Minister and Minister of Education, Science and Technological Development, Emanuele Giaufret, Ambassador and Head of the EU Delegation to Serbia, Deyana Kostadinova, UNICEF Respresentative in Serbia et al.

By hiring people from marginalised and minority groups – whether they are people living with disabilities, members of the LGBT community, Roma or single parents – a company demonstrates its commitment to corporate social responsibility, which means that it simultaneously contributes to raising awareness and improving society.

By securing an inclusive work environment while promoting tolerance and respect, every company has the power to influence all its employees, helping them to recognise, overcome and dispel social prejudices and convictions that merely serve to threaten others. This is also transferred from the work environment to private life, family, relatives and friends, and subsequently the rest of the community is led towards a positive change in attitudes.

The workforce is aging. As such, many collectives – particularly in the public sector – have workers who hail from four different generations, each of which has its own specifics, its own strengths and its own weaknesses. Naturally, these generations all have different needs, abilities and expectations when it comes to skills in the age of automation, improvement or retraining, healthcare, benefits and incentives, hierarchical advancement and numerous other topics that have direct and indirect influences on diversity and inclusion.

The comparative advantage of diversity lies in the merging of a workforce that has various perspectives and life and professional experiences, while its weaknesses are primarily reflected in misunderstandings, poor communication and cooperation, though a good HR team can both idenfity and solve these problems.

SUPPORT FOR EXPRESSIONS OF GENDER IDENTITY– AN IMPERATIVE FOR 2022

Gender identity and gender expression are topics that are discussed a lot in developed countries and will be paid special attention next year. According to website ideal.com, the goal is to raise awareness of the challenges faced by employees who don’t identify with the gender assigned to them at birth. Organisations nationwide, from small retail outlets to major corporations, are struggling to tackle issues related to the use of gender-specific toilets, many of which are simply offering gender-neutral options.

HR departments are focused on providing health benefits to employees undergoing gender reassignment, those who don’t identify with their current gender or those who simply don’t want to determine their fixed gender. The HR managers of large U.S. companies are already undergoing training and will subsequently transfer their new knowledge – regarding gender inclusion, the gender identity of employees, their universal and specific needs, ways of communicating and expressing themselves – to senior and middle management.

The main role of every HR team is to take care of employees, and ensuring that they can do so successfully requires that senior management provide them with tools for analysis and evaluation, conditions to communicate freely, as well as agility and all other resources that help them implement the company’s corporate culture.

Companies that have no cooperation and understanding are unable to progress if they cannot resolve internal conflicts and intolerance, which is precisely why it is important for the HR team to ensure a culture of diversity and inclusion, through training courses and programmes.

DIVERSITY EXPERT – OCCUPATION OF THE FUTURE

Diversity, fairness and inclusion in the workplace relate to fair and impartial processes and outcomes for every person in the company, which is why it is important – as published on Linkedin – for leaders and employers to have insight into everything happening in their company at all times. Justice serves as a reminder that not everyone starts at the same level, while swift and vigilant action is important in building a fair workplace.

It is for this reason that the number of diversity experts – professionals dedicated to creating a diverse and inclusive workplace – is on the rise in developed companies, especially multinational groups.

Their job represents a combination of the work of the HR sector, in terms of recruiting, taking on leadership roles and responsibilities…

Diversity experts organise educational sessions on diversity and inclusion, create an inclusive culture in the workplace, introduce new ideas aimed at improving diversity and inclusion, advocate in favour of the use of inclusive language, prevent harassment and discrimination in the workplace etc. Judging by the number and diversity of jobs that they do, it is clear why diversity experts will be in increasingly high demand in the coming years.

*Compiled on the basis of research conducted by McKinsey.

Remote work, or teleworking, which was imposed on us by the COVID-19 pandemic, has proven to be a great option when it comes to promoting diversity in the workplace.

Teleworking enables employment managers to expand searches for suitable candidates beyond their immediate surroundings, while simultaneously allowing certain categories of workers – including those with certain health problems, single parents and parents of young children – to remain part of the team despite the restrictions brought by the pandemic.

Goran Bašić, Director Of The Institute For Social Sciences

The Struggle For Inclusivity Is A Collective Marathon

Companies can do a lot to nurture diversity and create a company culture that’s inclusive, but it’s important for such policies to receive broader...
Read more

Inclusion As A Form Of Responsibility

A number of different studies led to us becoming aware of the fact that developing and managing a culture and policies of diversity and...
Read more

Diversity Is Our Strength

With more than 40,000 employees, the Carlsberg Group represents one of the world's four largest international brewers, which unifies diverse cultures, people and brands...
Read more

Every Employee Is Invaluable

Ingram Micro is a global leader that has 154 distribution centres, more than 1,700 suppliers and 200,000 clients, while standing out as its greatest...
Read more

Lidl forms part of Germany's Schwarz Group, which is one of Europe's largest discount food retail chains. Lidl is known in our country as...
Read more

The Battle For Talented Workers

While one part of the workforce that belongs to the category that we refer to as ’talents’ abandons Serbia and the region for better...
Read more

Wienerberger is composed of 17,000 employees gathered around a common vision oriented towards the company’s results, growth and development. They adjust their working conditions...
Read more

10 Years Of Creative Mentoring In Serbia

Creative Mentoring, a programme intended for people who shift the boundaries of culture, the arts, the creative industries and the media scene in Serbia...
Read more

Even Bolstad, President Of The EAMP, MD Of HR Norge And Board Member Of The WFPMA

Let Humans Concentrate On What Humans Do Best

I see technological development as an important part of the solution for everything from demographical shifts to environmental sustainability. That also includes HR, where...
Read more