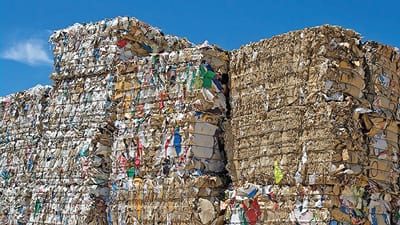 The $260 million, 23,225-square-meters paper mill is the largest investment Pratt Industries has ever made in the U.S.

Pratt Industries, headquartered in Conyers, Georgia, U.S., has unveiled its fourth 100% recycled paper mill in the United States, with a grand opening celebration end of March at the Valparaiso, Indiana, facility.

The $260 million, 23,225-square-meters paper mill is adjacent to the company’s existing corrugated box factory. Pratt Industries says the recycled box plant is the largest box plant in the world, while the new paper mill is “the most modern in the world,” said Pratt Chairman Anthony Pratt, during the ceremony in Valparaiso for the mill’s grand opening.

The company has spent half a billion dollars on the Valparaiso site since 2000, Pratt said. 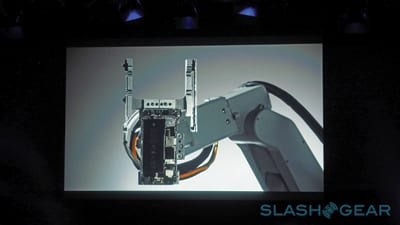 Apple has unveiled a robotic system called Liam to take apart post-consumer iPhones and recover valuable materials like silver and tungsten for recycling, Reuters has reported. The innovation has been interpreted as an attempt to dispel criticism that the products by the electronics heavyweight are notoriously difficult to dismantle or refurbish.

Liam is the result of an elaborate research and development project, which was started over three years ago as an answer to the growing iPhone 6 waste stream. Apple has stated that the robotic system will be updated so that it can handle other phone types and devices as well.

The Liam system consists of 29 robotic modules on a single site near Apple’s headquarters in Cupertino, California. The robot started to operate at the full capacity end of March 2016 and can take apart one iPhone 6 every 11 seconds. This means Liam can process only a small fraction of the more than 231 million phones Apple sold last year, industry sources have urged.

How Coffee Can Light up Your Barbecue 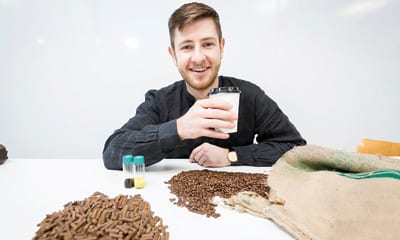 While the distinctive smell of a barbecue may herald the first sign of summer, it is not often associated with energy efficiency. That may be about to change with the launch of a new type of barbecue coal called Hot Coffees, which hails from waste coffee grounds.

The bags of coals, expected to go on sale later this year in petrol station forecourts and homeware stores, are just the latest product from Bio-bean, a young London-based company which produces biofuels from coffee grounds. The coals are produced at a 1,860 square meters production plant in Cambridgeshire, UK that takes in tonnes of waste coffee from the UK’s cafes and factories.

The fuels produced are the culmination of an idea by Bio-bean founder Arthur Kay (25). While studying architecture at university he started to focus on where the UK’s 500,000 tonnes a year of waste coffee ended up. In his research, he found that oil could be extracted from waste coffee and turned into biodiesel with the leftover grounds turned into biomass pellets for use in boilers.

“Coffee has a higher calorific value than wood for instance, so there is more energy contained in it than wood,” says Kay. 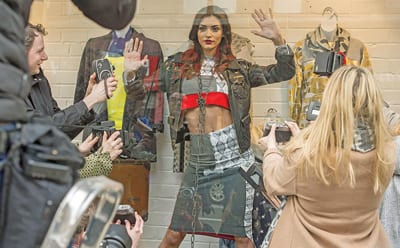 Former Miss Scotland Nicola Mimnagh recently modelled custom ‘Zero Waste’ fashion collections in the Salvation Army Trading Company’s flagship store in Glasgow. Scottish designers Aimee Kent and Black Cherry Studio completely restyled unwanted clothing donated to the charity to challenge consumers’ antiquated perceptions of textile waste. The ‘updated’ pieces in various styles were sourced from the 30 000 tonnes of textiles donated across the UK and are now said to be worth at least a €5,100 each. This happens to be the average worth of wardrobes owned by Scottish households. In the UK, clothing has an estimated life span of roughly two years, claims project partner Zero Waste Scotland. The group stresses that only 70% of garments are worn every year.

The collections were sold with proceeds shared between the designers and the Salvation Army Trading Company. 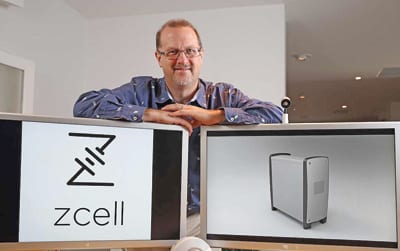 Australian battery manufacturer Redflow has launched a home solar battery storage system that is said to rival products from major brands like Panasonic and Tesla because it is ‘fully recyclable’. It is able to charge and discharge every day with no degradation to the system and is better suited to high temperatures.

The new ZCell battery is ‘unique’ as it does not use lithium – it is based on a zinc-bromide solution – and can store 10kWh of electricity. The battery is capable of powering a household for two days and is roughly the size of an air conditioning unit, which can be installed either inside or outside a residence. Though no official price has been announced yet, industry specialists put it at around €6,500.

An estimated 8000 tonnes worth of lithium-ion batteries are thrown away every year in Australia. It expects figures will surge to 150 000 tonnes by 2035. 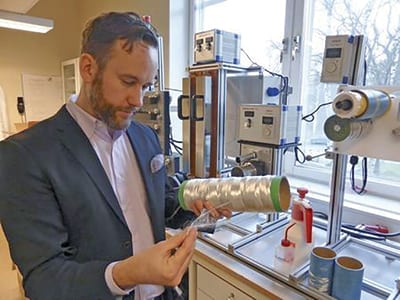 Nordic pulp makers are developing clean ways to turn birch and pine trees into clothes or sofa covers, Reuters has reported. The move is hoped to revive their industry and meet demand from both fashion and furniture firms for alternative textiles to cotton.

There has been no Nordic production of viscose, the main textile fibre from timber, since the last manufacturer stopped nearly a decade ago, while the 2011 spike in cotton prices contributed to the increased global demand for viscose as well as pulp-derived lyocell. Global output of pulp for textiles is expected to grow 30% by 2020 from 4.4 million tonnes in 2015, according to Oliver Lansdell at forest products industry consultancy Hawkins Wright.

Three Nordic mills export dissolving pulp, the product that can be turned into textile fibre. The industry would like to see textile fibre factories set up at home that will meet environmental rules and appeal to local brands like IKEA and H&M. Anticipating the rise in demand, in 2011 Sodra, the Swedish association of 50 000 small forest owners, converted a paper pulp machine so they could make textile pulp. 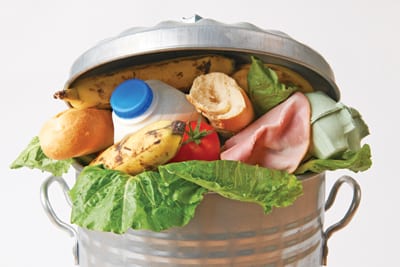 Food waste-producing businesses in Northern Ireland are required to present their food waste separately for collection from 1st April 2016 under changes to the law.

The new duty, a part of the Food Waste Regulations (Northern Ireland) applies to those involved in the processing, distribution, preparation, or sale of food and who regularly produce more than 50kg of food waste per week.

Exempt from the new rules are those producing less than 5kg of food waste per week and those dealing with catering waste from international transport.

Smaller producers and Health and Social Care trusts who regularly produce between 5kg and 50kg of food waste per week must also comply with the new rules by 1st April 2017. Mirroring similar law changes brought into effect in Scotland in 2014, it is hoped that compulsory measures to force companies to present food waste separately for collection will stimulate the food waste treatment industry in the country. 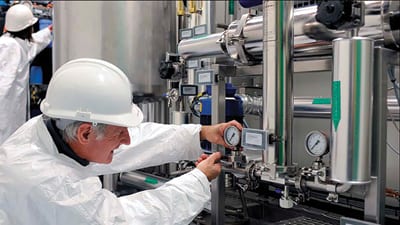 Each year, the energy that equates to billions of barrels of oil is wasted as heat loss from machines and industrial processes. Recovering this energy could reduce energy costs. Scientists from Australia and Malaysia have developed a novel system that is designed to maximize such recovery.

Heat can be converted to electricity by devices called thermoelectric power generators (TEGs), which are made of thermoelectric materials that generate electricity when heat passes through them. Previous studies have attempted to use TEGs to recover energy from the heat generated by, for example, car engines, woodstoves and refrigerators. However, TEGs can only convert a small amount of the heat supplied to them, and the rest is emitted as heat from their “cold” side.

The team built a small-scale version of their system to test in the lab before larger-scale versions are made for real-world applications. The researchers measured the amount of electricity produced by the TEGs and the amount of energy recovered from their cold side. When two kilowatts of energy were supplied under normal circumstances to the novel system, they recovered approximately 1.35 kilowatts of heat: over 67% of the energy supplied. In addition, the TEGs generated 10.39 watts of electricity during the heat recovery process. 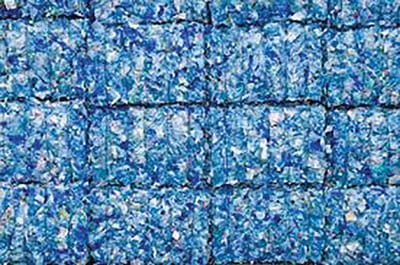 The International Bottled Water Association will help fund the Recycling Partnership, an effort to boost curbside recycling throughout the country.

“The bottled water industry is actively working to build partnerships that will help increase recycling efforts, and the reliable, scalable results that the Recycling Partnership delivers are hitting the mark for us,” said Chris Hogan, IBWA vice president of communications, in a statement.

“The recycling rate for single-serve PET plastic bottled water containers has more than doubled in the last 10 years and they are the most frequently recycled PET beverage containers in curbside recycling programmes. As an industry, we are always looking for ways to strengthen existing programs and help to expand recycling efforts ever further,” he continued.

The partnership also recently awarded a grant to Santa Fe., N.M., for the purchase of new recycling carts. The group also will help the city with education and support to help deliver the carts to 29,000 households.

Santa Fe expects to roll out the carts this fall.

The Ecological Transition Is The New Mission For Europe

The Green Deal, which aims to achieve climate neutrality in the EU by 2050, could go a long way towards resolving geographical divisions and...
Read more

The Eastern Imperial Eagle has the lifespan of a human, a wingspan of up to two metres, and is found on many flags and...
Read more

- The EIB will invest €30 million to accelerate the recovery of Serbian companies operating in sectors most affected by...
Read more
Cord MagazineLeaders Meeting Point