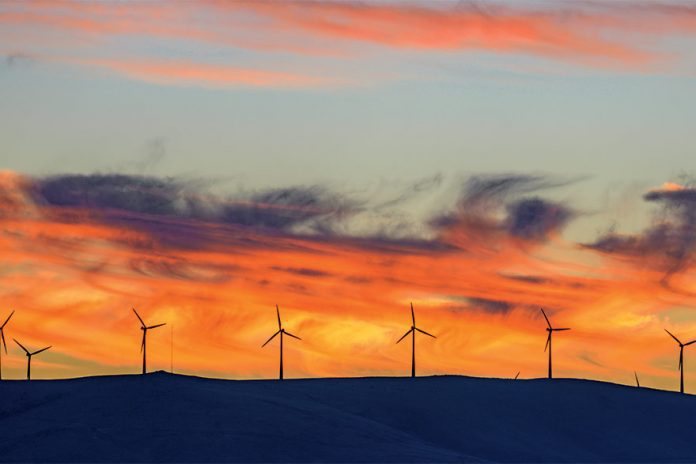 By strengthening its emissions-reduction targets and investing heavily in clean energy, greentech, and research and development, the European Union has positioned itself as a global climate leader. It now must continue to lead by example while also doing more to help others achieve their climate ambitions

In Europe, we have heard the warnings about climate change. We know that if our industrial, energy, transportation, and food systems do not change, we could face a catastrophic temperature increase of more than 3°C this century.

As we approached the end of 2020 – Europe’s hottest year on record – we in the European Union made a collective decision to reduce our greenhouse-gas (GHG) emissions by at least 55% from 1990 levels by 2030. The European Commission now is following through on this commitment with concrete policy changes, and the European Investment Bank is backing the effort with its financial power.

The current decade is a make-or-break moment for our planet. To confront the immediate challenges that lie ahead, our two organizations have convening governments, international institutions, and investors on March 24, 2021, for a landmark event: “Investing in Climate Action.”

The event brought world leaders together to share their plans for implementing the necessary policies at home and ensuring international coordination. And it sought to help investors and business leaders to improve their understanding of the policy environment in which they will operate for at least the next decade.

Climate action requires far-reaching structural change and tremendous levels of investment around the world. In Europe alone, meeting the new 2030 emissions-reduction target will require an estimated €350 billion ($417 billion) of additional investment annually. However, this figure pales in comparison to the costs of doing nothing.

To tackle the investment challenge, the EIB, the world’s largest multilateral lender, has become the EU Climate Bank, aligning all of its activities with the objectives outlined in the Paris agreement. Among other things, the EIB has committed to supporting €1 trillion of investments in climate action and environmental sustainability in the next decade.

To keep the increase in global temperature as close to 1.5°C as possible, we must support decarbonization efforts beyond our borders. That is why we need a Global Green Deal

But funding alone won’t get us to where we need to go. We also need a roadmap, which is why the European Commission introduced the European Green Deal in December 2019. As Europe’s new growth strategy, it aims to transform the EU into a fairer, more prosperous society by guiding the transition to a more resource-efficient, competitive economy. Ultimately, the goal is to achieve net-zero GHG emissions by 2050.

The EU, however, represents less than 10% of global emissions, so European action alone will not be enough to slow global warming. To keep the increase in global temperature as close to 1.5°C as possible, we must support decarbonization efforts beyond our borders. That is why we need a Global Green Deal.

To this end, we have set ourselves three investment priorities. First, we need to ensure that the most advanced clean technologies are embraced everywhere. Despite good progress on renewable-energy deployment, 40% of the world’s electricity is still generated by coal, the dirtiest energy source. With economic development comes higher demand for electricity, and thus a responsibility to adopt greentech solutions and plug the world into clean grids.

Europe is ready to invest in everything from green electrification programs in Africa and industrial decarbonization projects in Asia to battery deployment in Latin America. And we have climate-adaptation expertise to share, along with flood-control technologies, advanced weather forecasting tools, and resilient infrastructure. With both the financial means and the knowledge to support climate-adaptation efforts, the EIB will use its resources to leverage more privatesector investments in this critical area.

Our second priority is to invest in breakthrough green technologies like never before. Such research and development is both necessary and an enormous market opportunity. Already, a group of countries representing half of the world’s GHG emissions have adopted “net-zero” targets, and others will surely follow. They will all need European technology and investment to get there. Clean hydrogen, offshore renewable energy, and energy storage solutions all can become vibrant EU export sectors.

Finally, we need to embrace the idea of a “circular economy.” As matters stand, we are taking more out of our planet than it can afford to give us, and the effects of this overreach will become increasingly dramatic and destructive with each passing year. We must urgently reduce the environmental and carbon footprint of the goods we consume.

To do so, we need to invest in circular technologies that reuse resources, rather than constantly producing or importing new goods and extracting ever more raw materials. The circular economy has huge potential not only to reduce our dependency on scarce resources, but also to create jobs. As Europe continues to show, the Green Deal is not just an environmental policy; it is an economic and geopolitical necessity.

Five years ago, 196 countries came together and signed the Paris agreement, committing to keep the average global temperature within 2°C – but preferably 1.5°C – of its pre-industrial level. So far, this commitment has yet to be matched by sufficient action. It is time to raise our ambitions and accelerate progress. That was our message to the world at “Investing in Climate Action” on March 24.

We all must come together – not just governments but also businesses, cities, financial institutions, and civil society – to confront the climate challenge. Europe has the tools, the skills, and the knowledge to lead by example. We must translate our climatepolicy leadership into market leadership to secure a Global Green Deal.

Let’s get to work.

Fighting climate change and preserving the environment for future generations is one of the greatest challenges confronting humanity. Scientists worldwide are working around the...
Read more

Waste Is A Valuable Commodity

Steel Impex is a leader in the region when it comes to waste management, and at the same time the only recycling centre in...
Read more

What The Law On Climate Change Brings Us

The last five years were the warmest since records began in Europe, according to EU data. Climate change, embodied through heat waves, droughts and...
Read more

Can A Circular Economy Exist Without Primary Selection?

We sought an answer to this question, but also the question of which direction it would be desirable for changes in our area to...
Read more

Sandra Dokić, Assistant Minister At The Ministry Of Environmental Protection

It was on 21st January 2020 that the Government of the Republic of Serbia adopted its negotiating position for EU Accession Negotiation Chapter 27,...
Read more