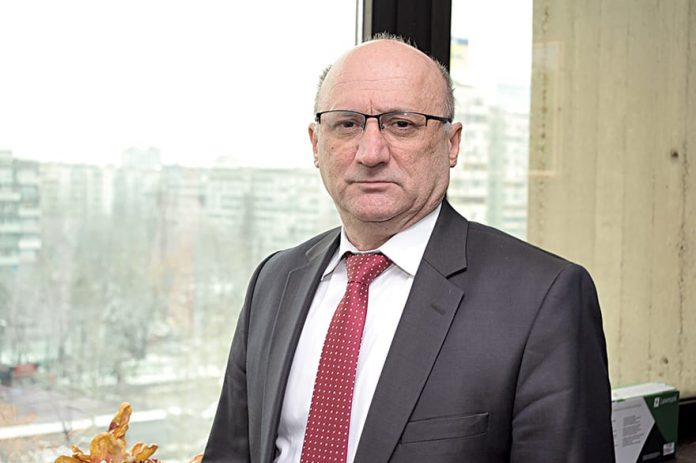 Environmental protection has been neglected and irresponsibly managed for decades, causing a weakening of the resource potential and constant degradation of the environment. As these problems are connected, the deterioration of one causes the deterioration of the other, creating a vicious circle that can only be escaped by quick and efficient synchronised action and finding a comprehensive solution to all the problems.

For centuries, Vojvodina’s irrigation system has been crucial for the life of the region. Today, instead of being an advantage, it is Europe’s environmental black spot. Twenty thousand kilometres of canals could irrigate the 1.1 million hectares of Vojvodina’s arable land.

Instead, they provide water for only 40,000 hectares, which is less than 4%. Until 1990, 150,000 hectares of land were irrigated, four times as much as today. On average, 20% of arable land in Europe is irrigated, which means that we should approach this problem seriously.

Due to the lack of wastewater treatment plants, the irrigation network is constantly being polluted. In some places, such as the Great Bačka Canal, the flora and fauna have been completely destroyed

Due to the lack of wastewater treatment plants, the irrigation network is constantly being polluted. In some places, such as the Great Bačka Canal, the flora and fauna have been completely destroyed.

The lack of windbreaks and woodlands has an adverse effect on the canal network, its potential and crop yield. Winds take the fine layer of humus off the surface of the fields. They carry, scatter and deposit it in the canals along with all the minerals it contains. Because they are highly nutritious, these deposits cause the canal vegetation to flourish, obstructing the water flow and aggravating the poor condition of the canal network. Because of people’s lacking awareness and care, and because there is no proper waste management system in place, they add to the problem by throwing solid waste into rivers and canals.

Only three regional landfills in Vojvodina meet European standards and there is no consistent waste sorting and recycling system. 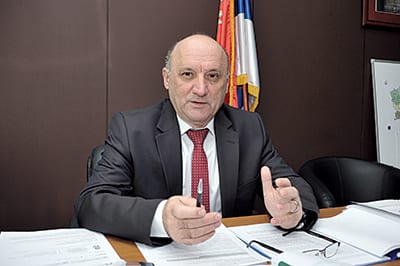 To solve these problems we need a lot of money, and if they are to be tackled one by one it will take a long time. This is why I have come up with an integrated problem-solving model, which will take as little time as possible and sever the endless sequence of reciprocal negative cause and effect.

The idea is to hold international talks and find a country that has the finances, the know-how, the experience and the capacity to mentor us, i.e. to help us understand and solve our problems. This special relationship would partly be based on concessions, on the delegation of activities within specific time-frames, and partly on government debt.

We believe that Serbia would get much greater funding from the pre-accession funds than if it applied on its own. This would be a large short-term investment project, which would boost economic activity and create new jobs not only in the area of wastewater treatment but also in the entire field of environmental management.

The elimination of adverse factors would help increase revenue from farming. Turning waste into profit would not only solve environmental problems but have a positive effect on Vojvodina’s economy.

What steps do we need to take along the way? First, one that we have already taken, which is to create a ‘cadastre’ of all environmental problems in Vojvodina, by a municipality. In addition to looking at the problem itself, we want to see what progress each municipality has made in resolving it, either on its own or with the support of domestic or foreign funds, including whether project documentation has been prepared, whether locations have been identified and whether any infrastructure work has already started.

The second step is a political one. It means presenting the idea and getting political support for it, both at home and from the mentor country. In this regard, I have talked to the director of the Serbian Environmental Agency and the representatives of the Austrian Embassy to Serbia and received their full support. I chose Austria because some Austrian companies are already present in Vojvodina, because this is a country with great know-how, experience and results in environmental matters, and because it has a proved itself a friend to Serbia.

We will be visiting Vienna in late May to discuss our ideas in detail with the relevant Austrian ministry, the Environment Agency of Austria and the Austrian Chamber of Commerce.

If the model proves successful, it could be a pilot project for other Serbian regions. The proposed model of comprehensive problem solving on a single geographic territory involves state-of-the-art technology and can be strategically planned on a larger territory in an integrated manner, and followed by cost-effective and efficient services, compliance and support.

If feasibility studies prove this model to be effective and worthwhile, I would like to see Vojvodina as the greatest building site in Europe for environmental infrastructure, with work carried out in every part, and where, by educating our citizens and raising awareness, we would create a civilised and environmentally-friendly region by all European and environmental standards.