In April 2013, the Republic of Serbia became the twenty-sixth Party to the UNECE/WHO Protocol on Water and Health to the UNECE Convention on the Protection and Use of Transboundary Watercourses and International Lakes

According to the Law on Ratification of the Protocol on Water and Health, ministries responsible for health, water management and environmental protection ensure its implementation.

The national process of accession to the Protocol, which lasted two years and included broad consultations among different stakeholders, thematic workshops, awareness-raising and media campaigns, was important not only to inform the general public about the benefits of accession, but also to motivate local communities and municipalities to participate in future activities under the Protocol and, ultimately, to further improve the Serbian population’s access to safe drinking water and sanitation.

The Republic of Serbia fulfilled the main Protocol’s obligations by setting national targets and target dates according to Article 6 of the Protocol, clearly acknowledging priority areas for setting specific targets and implementing measures, such as improving the situation and management of small-scale water supplies and sanitation systems in rural areas, improving water and sanitation in schools, introducing a water safety plan (WSP) approach and introducing regular, systematic and cost-effective risk-based surveillance approaches. 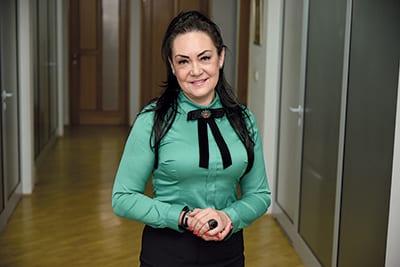 In 2016, with the support of the Italian Government, the Ministry responsible for environmental protection and the Regional Development Agency for the Šumadija and Pomoravlje regions implemented a project relate to the situational analysis of water and sanitation (WASH) in the rural schools of 13 municipalities.

Present activities are focused on promoting the Protocol on Water and Health at the international, national and local levels, with the aim of supporting local stakeholders in implementing targets, particularly related to small-scale water supply and sanitation systems and WASH in schools, as well as a better understanding of their roles and responsibilities in Protocol implementation.

Serbia took over the presidency of the Bureau of the Protocol for the next triennium at the Fourth Meeting of the Parties, held on November 2016 in Geneva, and is continuing to support the programme area on small-scale water supply and sanitation systems, co-leading together with Germany since 2014.

In Serbia as a whole, 99 per cent of urban and 98 per cent of rural populations have access to improved sources of drinking water. Nearly 100 per cent of the population of Serbia lives in households that use improved sanitation facilities.

The opening of Chapter 27 in the negotiation process with the European Union, which covers environmental and climate change policies, remains our best chance to change the situation in the water sector for the better

One of our priorities is to increase access to potable water for disadvantaged groups.

The effects of gradual climate change and extreme weather events, such as floods and droughts, represent an additional challenge to the sustainable provision of safe water and adequate sanitation in the region.

The opening of Chapter 27 in the negotiation process with the European Union, which covers environmental and climate change policies, remains our best chance to change the situation in the water sector for the better. There are still many challenges to the implementation of plans and regulations in this field, and significant advancements will be achieved after the full transposition of the EU Acquis related to drinking water directives.

The Protocol is a success story for the environment and health process. Serbia will use the opportunity, as a country chairing the Bureau of the Protocol, to consolidate this success by encouraging further accessions of other countries in the region to the Protocol, with the aim of improving the water and health situation.