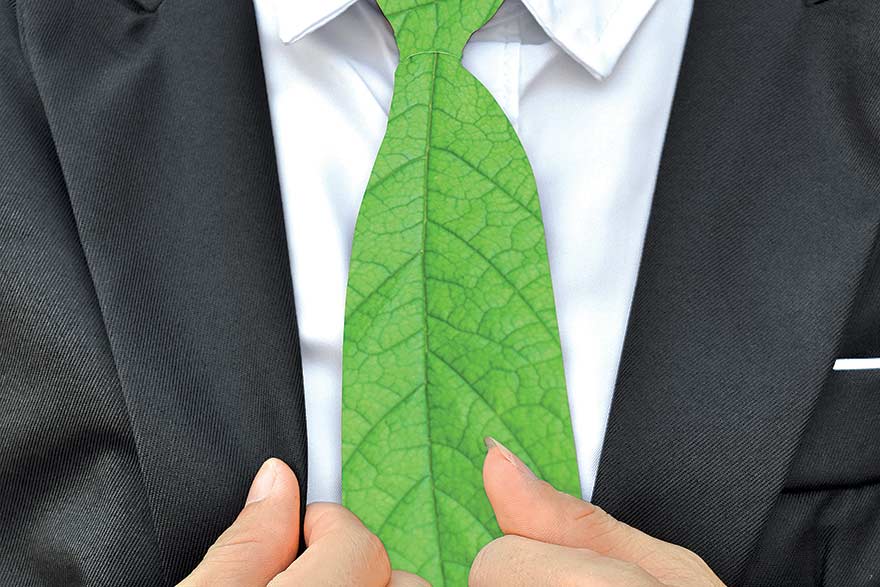 Let The Green One Enter

Countries that were late in embracing green transition and have limited resources should consider the options ahead of them thoroughly and use their capacities wisely and efficiently. It has yet to be decided whether Serbia will employ its human capacities to leapfrog itself into the position of an environmentally responsible country

There has never been a worse time to procrastinate! – says University of Manchester professor Vladimir Janković, one of our interlocutors for this special edition. In other words, in the case of climate change and environmental policies, speed, determination and prudence are in high demand. Serbia has so far achieved modest results on implementing the Paris Agreement and transposing the EU 2030 Framework of Climate and Energy Policies onto its public policies. Indeed, the Serbian National Assembly has adopted the Climate Change Act, but has yet to specify mitigation targets. They are expected to become part of the Low-Carbon Development Strategy, which has yet to be adopted. Or, as noted by another of our interlocutors, University of Belgrade Faculty of Mechanical Engineering professor Aleksandar Jovović, important documents, regulations and strategies have been adopted, but all the pain points of decarbonisation remain almost at a standstill.

It is often that case that measures that must to be taken if the country wants to fulfil its emissions targets are not popular ones. The debate about the transition from fossil fuels to green sources of energy is a tense one, both from the political perspective – where powerful lobbies favour coal and the financial and social perspective; where poor citizen require heavy support to move from energy sources that are cheap but environmentally detrimental to ones that are healthier but more expensive and beyond their family budget. On top of that, those particularly tough parts of the transition don’t yield instant political support. It is sometimes difficult for both politicians and citizens to comprehend the medium-term benefits of abandoning fossil fuels and the possible costs of failing to do so properly and in a timely manner. Satisfying the long-term Sustainable Development Goals and achieving economic competitiveness and the social co-benefits of climate action seem to be a lollipop on a long stick.

To a certain extent, our slow progress reflects shortcomings regarding the rule of law, corruption, clientelism, political patronage and nepotism, the complete lack of expert discussion and democratic choices. For example, our interlocutor Čedo Maksimović, Emeritus Professor of Water and Environmental Systems at Imperial College London, believes that uncontrolled urbanisation in Serbia contributes strongly to the devastating of our modest water resources. Likewise, due to negative selection and ill-informed political decisions, Serbia’s “critical mass” of competent experts able to design modern solutions in the field of water and the management of complex systems is gradually vanishing. Thus, our ability to use innovative technologies and create professionally competent solutions is being compromised.

In summary, Serbia isn’t exerting enough efforts to “catch up” with countries of a similar economic power. Moreover, it is missing the opportunity to leapfrog others and become a regional and European leader regarding some solutions in the area of environmental solutions.

All of our interlocutors believe that Serbia should embrace the combining of Green and Blue elements, as an effective way of providing a sustainable natural solution to urban and climate challenges. And yet, if we look around in almost every town and city in Serbia, it is hard to find places that are green, more pleasant and less stressful for residents.

Responsibility Is Up To Us

With the ratifying of the Paris Agreement and the Energy Community Treaty, as well as the recent signing of the Sofia Declaration , we,...
Read more

Every Drop Of Water Matters

ACO Group is a world market leader in the development and production of innovative solutions in the field of managing surface waters and water...
Read more

Fast-Track To A Green Future?

The Konrad Adenauer Foundation is a German political foundation that has been present with an office in Belgrade since 2001 and implements projects in...
Read more

Vladimir Janković, Professor Of The History Of Science

The authorities – including the government – need to be resolute in choosing long-term environmental strategies to make Serbia a model country when it...
Read more

Šabac-based dairy Mlekara Šabac delivers part of its organic waste to the local biogas powerplant, and in return receives steam Mlekara Šabac is one of...
Read more

Civil Disobedience Is Sometimes The Only Good Response

An economy based on the high-quality management of the environment doesn’t only represent the economy of the future, but is also a precondition for...
Read more

We Must Change Our Habits

Steel Impex returns all the waste that it collects as a raw material, following treatment, thus encouraging a circular economy. According to representatives of...
Read more

We Create Preconditions For The Utilisation Of Waste

Ekostar Pak is a national Operater of packaging waste management system. In terms of its number of clients, which exceeds 800, it is the...
Read more