Fresh Efforts to Save Lives on EU Roads

The 2015 road safety statistics published today by the European Commission confirm that European roads remain the safest in the world despite a recent slowdown in reducing road fatalities. 26,000 people lost their lives on EU roads last year, 5, 500 fewer than in 2010. There is however no improvement at EU level compared to 2014. In addition, the Commission estimates that 135, 000 people were seriously injured on EU roads. The social cost (rehabilitation, healthcare, material damages, etc.) of road fatalities and injuries is estimated to be of at least €100 billion.

To pave the way towards automation and better management of traffic, the Commission aims to develop a master plan on the deployment of cooperative Intelligent Transport Systems (ITS) – a two-way communication between vehicles, with and between road infrastructure – in the second half of 2016. 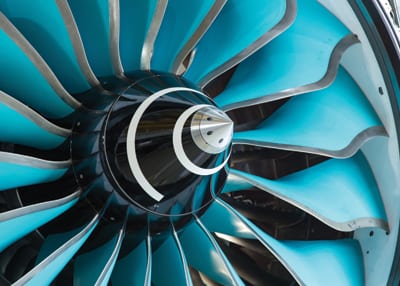 Clean Sky is a successful Public-Private Partnership between the European Commission and the European aeronautics industry. Now five years in operation, the programme is largely on track, and the environmental performance targets are all within reach.

Clean Sky 2 will build on this success, further integrating breakthrough technologies at aircraft level and delivering an in-flight demonstration of novel architectures and configurations enabling changes in environmental and economic performance. As a result, Clean Sky 2 technologies will allow future aircraft to deliver a further 20-30% reduction in fuel burn and related CO2 emissions, and a similar reduction in noise levels compared to current aircraft (2014 technology).

In addition to these environmental objectives, it is also expected a highly important contribution to improving European competitiveness and mobility. The benefits of the programme will have a widespread reach concerning citizens, the economy, the aeronautics sector and in particular, SMEs and the scientific and academic community. 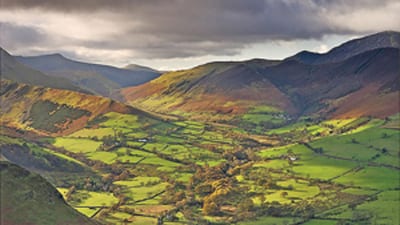 For a Clean, Green Future, Britain Must Remain in the EU

Scientists recently declared that the evidence is compelling enough to say we are now living in the Anthropocene. Humanity’s impact on the Earth’s atmosphere, oceans and wildlife have, they argued, pushed the world into this new epoch.

Britain is a world leader on the environment and has played a pivotal role in the EU on this issue ever since 1986 when Margaret Thatcher signed the Single European Act, which established the EU’s competence in this area.

“If we are to play our part in ensuring a green future for the UK, we must remain in the EU,” said Mary Creagh, Labour’s shadow environment secretary.” The evidence so far is clear: families in Britain and rivers, beaches and special places would pay the price if we voted to leave,“ she said. 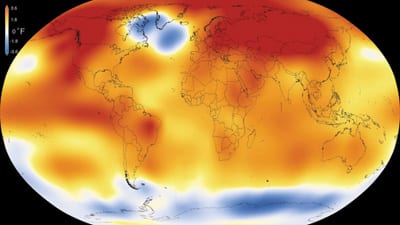 A major new coalition of businesses, cities, trade unions and non-profit organisations, including HEAL, are calling on EU leaders to live up to their Paris Climate Summit commitments.

Thanks in large part to Europe’s leadership the world has adopted the first-ever global legally binding agreement, which will frame international climate action post-2020. In Paris, countries agreed to hold the increase in global average temperature “to well below 2 °C above pre-industrial levels and to pursue efforts to limit the temperature increase to 1.5 °C above pre-industrial levels”, as well as to bring greenhouse gas emissions down to net zero during the second part of this century.

Over 1200 stakeholders have signed the ‘Paris Pledge for Action’, promising to act in order to ensure that the ambition set out in the Paris Agreement is met. 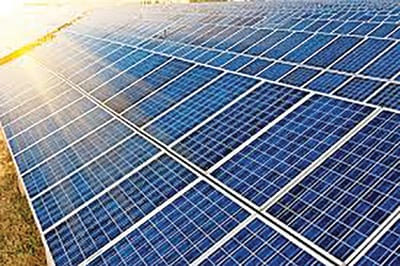 The plunge in European fortunes comes as renewable energy is burgeoning around the world, with China, in particular, investing heavily. 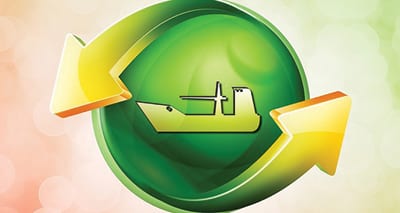 Shipping’s only legally binding climate measure is not stimulating the uptake of new technologies or driving efficiency improvements, according to a new independent study made for Clean Shipping Coalition (CSC) by CE Delft.

As of 2013, new ships are required to have an energy efficiency design index (EEDI) that meets or exceeds the target. However, the NGOs Seas at Risk (SAR) and Transport & Environment (T&E), which are members of the coalition, finds that newbuilds have performed much the same as those not covered.

According to the study, at least two-thirds of containerships, half of the general cargo ships and a quarter of tankers launched in 2015 already exceeded the limits for 2020 without using innovative new technologies.

Beverage carton and flexible packaging industry groups call for harmonized, EU-wide legislation for all types of food contact materials. In the case of lacking EU-wide regulation, national pieces of legislation are consulted, the report states. However, these are often “limited in scope, outdated or not suitable for the relevant material at hand,” and can “lead to a situation where materials can be legally placed on the market although there is no legal process for compliance with the food safety principle as these rules are simply missing,” the report states. The consequences of this situation for packaging manufacturers include handling legislation of 28 different Member States, ineffective mutual recognition of different Member State standards, distortion of the internal packaging market in the EU, and loss of consumer trust. ACE and FPE recommend to further harmonize FCM regulation in the EU, “setting a simpler and fully harmonised regulatory framework providing economic actors with more flexibility in employing various tools in ensuring food contact safety and compliance.” 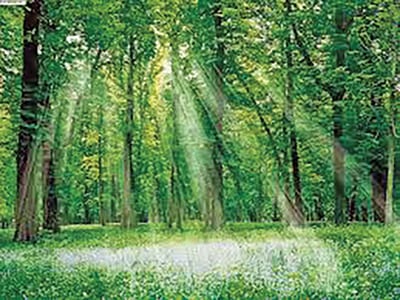 Ensuring a Long-Term Health of Forests

Climate change, pollution and encroaching human development are posing an increased threat to the long-term stability and health of European forests, according to a new European Environment Agency (EEA) report released in March. Forest ecosystems play a vital role for the environment and in combatting climate change. The report recommends that better sustainable management is needed to ensure this precious green resource is there for future generations.

The EEA report European forest ecosystems: state and trends, gives an updated health check on how forests are coping with the many challenges they face. It assesses whether forest ecosystems can still manage to play their part providing key ‘services’ for the environment. Forests help regulate our climate and sustain watersheds, providing clean water. They also act as ‘carbon sinks’, clean the air we breathe and help preserve and protect biodiversity as many species depend on forests for their home. There is a growing awareness of the important role forests play in mitigating climate change, in particular after the climate talks in Paris (COP21). 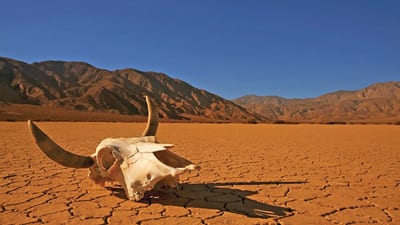 Rising temperatures and the dislocation caused by related droughts, floods and heatwaves will slow global economic growth and damage the performance of stocks and bonds, according to the report, led by the London School of Economics.

“It makes financial sense to a risk-neutral investor to cut emissions, and even more so to the risk-averse,” lead author Professor Simon Dietz, an environmental economist, told Reuters.

A global climate summit in Paris last December set a goal of limiting global warming to “well below” 2 degrees Celsius (3.6 Fahrenheit) above pre-industrial times while leaving open precisely how this would be achieved.

If the rise were limited to 2C by 2100, the study’s central scenario put the total of current financial assets that could be damaged at $1.7 trillion. But if the temperature rose a further 0.5C by the end of the century, $2.5 trillion would be at risk under the most likely scenario.

Global regulators in the Financial Stability Board (FSB) say all the world’s current non-bank financial assets are worth $143 trillion.

The study did not try to identify which sectors were most at risk from the damage that climate change can wreak, ranging from the destruction of buildings, bridges or roads by storms or floods to losses of agricultural productivity and enforced movement of populations.

No Hidden Conditions For Serbia

The normalisation process needs to end with a legally binding agreement on the comprehensive normalisation of relations. This is part of the negotiation framework. This document is available online and anybody who is interested can have a look at the relevant passages - Axel Dittmann
Read more

Helping The World Be Well

Our approach is aligned with our mission and values and focuses on four key priorities: access to medicines, environmental sustainability, employee health and well-being, and ethics and transparency
Read more

Cosmopolitan Country Shaped By a Pluralism of Lifestyles

Germany is a cosmopolitan country shaped by a pluralism of lifestyles. Demographic change is set to play a major role in the coming years
Read more

There are many reasons why we have a factory in Subotica, one is because Subotica has always been a kind of incubator for industrial production of this kind
Read more

The position of leader obliges us not only to respect professional standards, but also to operate continuously, innovatively, socially and with social responsibility
Read more

German Economy Should Continue to Grow

According to Deutsche Bundesbank’s monthly report for August 2016, the German economy grew at a slower pace in the second quarter of 2016. The...
Read more

Quite a Good Environment

We feel a strong willingness to support our company LEONI as much as possible, in order to further develop our business here in Serbia and to avoid obstacles wherever necessary
Read more

A key element of German and European policy towards Serbia is providing support for political and economic reform. The aims are to further advance the process of democratic change and promote the rule of law in Serbia as well as making progress in the country’s European Union (EU) accession process
Read more

Thanks to our major, long-term clients, as well as the trust that we have earned and our strong commitment to our work, we have managed to live through the crisis and survive on the investment-constricted Serbian market
Read more

Belgrade – Where Everything Meets

After Berlin and Los Angeles, Belgrade was selected as the city of choice for the best ideas and the greatest talents. That’s because it is the centre of Southeast Europe, where the potential of the entire region intersects, and it has excellent workers and good energy
Read more

Berlin Vegetarian Capital Of The World

Last year Berlin was named the new vegetarian capital by the prestigious U.S. magazine “Saveur”. The international award from the magazine for food connoisseurs honours the culinary development of the German capital, now home to over 40 vegan and over 340 vegetarian restaurants and snack stands
Read more

With their impeccable work and exceptional results, Aqualab plus Laboratory are getting closer to their goal of becoming the leading institution in highly specialised lab diagnostics in Serbia and the region
Read more

Germany has for years held the position of one of Serbia’s leading partners in all sectors of the economy. Hard work, and with that a significant role in fostering German-Serbian economic cooperation, can also certainly be attributed to the institution that is considered one of the largest and most important bilateral organisations in Serbia: the German-Serbian Chamber of Commerce (AHK Serbia)
Read more

VAT in the construction sector Practical Application Of Reverse Charge

LeitnerLeitner is one of the most influential tax consulting and auditing companies in Central and Eastern Europe, which is becoming more and more recognised in Serbia due to its professionalism and the high quality of services provided to clients
Read more

500th Anniversary Of The Lutheran Reformation

Next year sees the 500th anniversary of Martin Luther nailing his 95 theses to the door of Wittenberg’s Castle Church, an act of defiance against the Catholic Church that transformed theology and divided Christians in the west
Read more

The German street art scene, with its overwhelming numbers of experimental, highly innovative and perfectionist artists, has always kept pace with those of New York, Paris and Lond
Read more