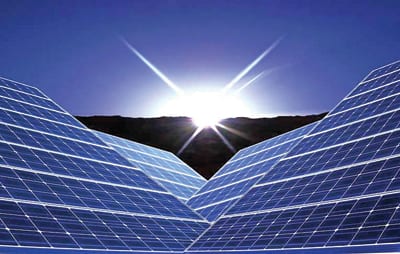 India hopes to receive one of the first loans issued by the China-led Asian Infrastructure Investment Bank (AIIB) later this year, as it looks to raise $500m for solar power projects from the newly created lender, Indian officials said.

Funding for clean energy projects would allay fears of environmental lobbyists that the bank’s relaxed lending criteria could promote dirty fuels like coal in developing economies, like India, that are in a hurry to ramp up energy output.

The multilateral investment bank, which has authorised capital of $100bn, plans to join global clean-energy initiatives and could fund eco-friendly investment projects to avoid allegations of promoting pollution.

India, the bank’s second-biggest shareholder after China, is looking to borrow from the AIIB, a senior official said, to back prime minister Narendra Modi’s plan of expanding installed solar capacity to 100 gigawatts by 2022. 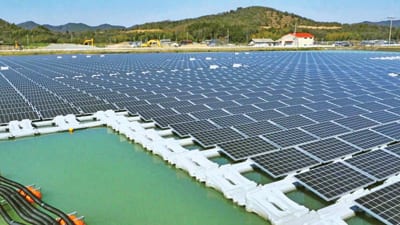 The world’s biggest floating solar farm has been built on the Queen Elizabeth II reservoir in Walton-on-Thames, the array features 23,046 solar panels and measures 57,500 square metres in size.

At a cost of £6 million (€7.4 million), the farm has taken three months to build. It could generate enough electricity to power 1,800 homes – a peak power output of 6.3 megawatts.

The panels are not visible from the road, and the only way to see them is if you are flying above them from nearby Heathrow Airport, or live in a high rise block nearby. The reservoir is run by Thames Water and the farm is being funded and operated by solar energy company Lightsource. The panels cover around 10 per cent of the Queen Elizabeth II reservoir and are not considered to have any major environmental impact, as the reservoir is primarily aimed at supplying drinking water.

But the world record will not remain in British hands for long. The Japanese are building a floating reservoir in Japan that will be twice the size of the QEII array when completed in 2018.a 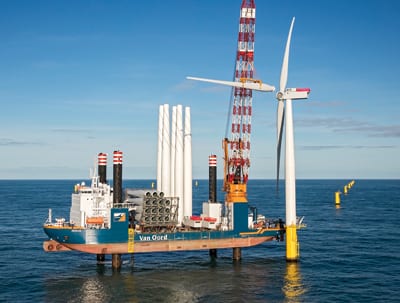 The Dutch Senate has passed its Electricity Act, allowing transmission operator Tennet to develop an offshore grid. Tennet can now continue to design and build five identical platforms to connect 3.5GW of wind capacity to the Dutch grid.

Tennet said it designed the platforms in consultation with project developers and standardising the platforms will results in a “substantial reduction” to costs.

A total of five projects are planned for the Dutch waters, including Borssele I & II. They are expected online in 2019.

“The adoption of this amendment to the Electricity Act means that Tennet can now apply the knowledge and expertise gained in Germany in connecting [projects] to the onshore grid, and use it to contribute to the energy transition in the Netherlands,” said Tennet CEO Mel Kroon. 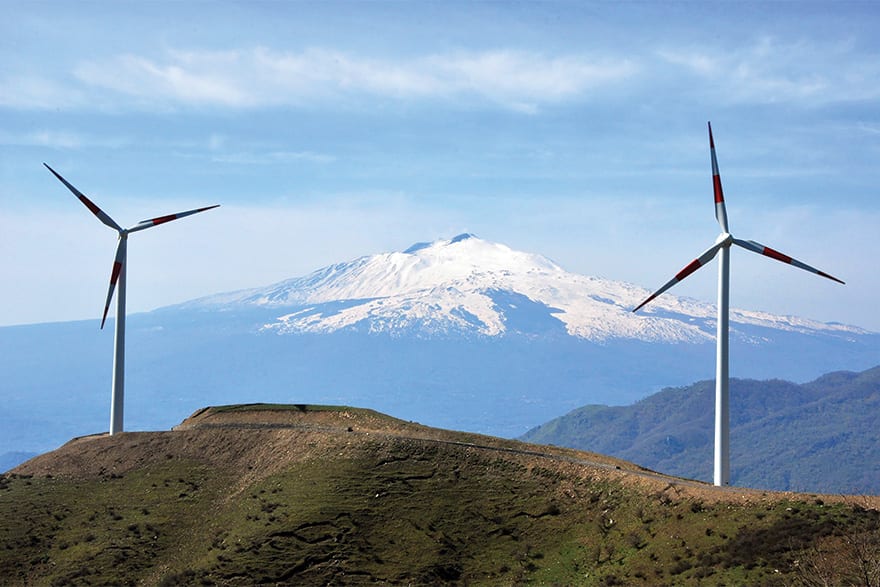 In yet another example of how progressive European countries have become in the advancement of alternative energy, Norway has just announced plans to construct the largest onshore wind farm the continent has ever seen. The project will double the nation’s wind energy capacity and move it farther away from dependence on fossil fuels. A leader in oil production, Norway has been shifting toward incorporating more renewable energy into its portfolio. The nation widely supports electric vehicles and has been divesting from fossil fuels over the years. The centrally located wind farm, backed by Statkraft, TrønderEnergi and Nordic Wind Power DA, will generate 3.4 TWh power each year and should be completed by the year 2020.

The project will actually consist of six connected wind farms with a combined capacity of 1000MW – more than the entire wind power capacity the country currently holds. Construction begins this year and is expected to cost about €1.1 billion 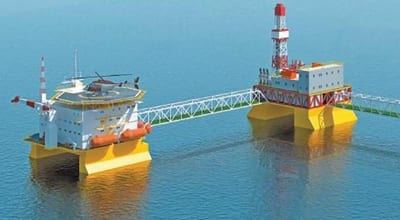 In 2015, Lukoil discovered a natural gas deposit in the Trident concession in the Black Sea’s Romanian territorial waters. The estimated resources amounted to Romania’s consumption for three years, reports local Profit.ro. The Russian group gave up the other concession in the Black Sea called Rhapsody. The exploration work on that perimeter showed up no promising results, generated losses of over $410 million for the company in 2015.

Lukoil also owns the Petrotel refinery and a fuel distribution network in Romania.

A new report published by the UK Department of Energy and Climate Change shows that 57.7% of Scotland’s electric consumption came from renewable sources in 2015, exceeding the country’s 50% target for the year. This milestone comes in spite of the UK government’s recent decision to end public subsidies for onshore wind farms a year earlier than initially planned.

Clean energy proponents are praising the success of the Scottish National Party’s renewable energy initiatives and holding up the new statistics as proof that the nation could become the EU’s first fully renewable electricity nation by 2030.

The main sources of Scotland‘s renewable power are wind, wave, and tidal power, which collectively make up about 80% of the country’s renewable energy capacity. By the end of 2015, the country had 7,723 megawatts of installed capacity, generating 21,983 gigawatts. That’s not insignificant — in fact, this January, there were 22 days when the amount of electricity generated from wind was enough to power every home in the country.

Croatian HEP Group marked half of a century of the operation of hydropower plant Dubrovnik in its rehabilitated facility, the first in a programme that state-owned energy utility determined to last through 2020. Managing director Perica Jukić said the company secured €480 million for the overhaul, planned to introduce new capacity of between 111 MW and 124 MW. The addition is equivalent to a hypothetical hydropower facility larger by size than 21 out of existing 26. He added it makes Croatia one of the leading countries in Europe in the segment of power from renewable sources, SEEbiz portal reported.

The operations in HPP Dubrovnik, worth €42.3 million, were finished in January, adding 36 MW to the facility and bringing total capacity to 252 MW, equivalent to almost 100 GWh per year of certified green energy. The power plant was commissioned in 1965 and since then it generated 30 TWh for Croatia, almost twice more than the country’s current yearly consumption. The accumulation is located in Bosnia and Herzegovina and the facility’s other unit generates power for delivery to the neighbouring republic. 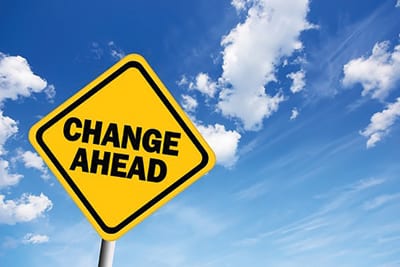 Cooperation of authorities and potential investors in alternative energy segment in Belarus has had a very low level of efficiency, since over recent years in the country signed investment agreements for numerous projects have reached a total funding of US$ 20 billion, while actually implemented projects have only reached US$ 2 billion, Vladimir Nistsyuk, head of the country’s association for renewable energy, said.

“This is an indicator which means that here [in Belarus] often [entities that look like investors are not real], but some adventurers and engineering companies that are studying the situation get relevant support of government agencies and experts, receive information, then take it and sell to the real investors; and the investor makes the decision to abandon the projects after all,” Nistsyuk said. “The best option for them is to sign the investment agreement on behalf of an investor — in this case, they will get more money.”

According to Nistsyuk, this situation hurts the abilities of real investors to implement their projects in the country. 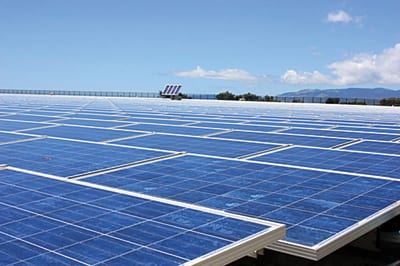 A modest achievement in renewable energy in Uzbekistan is a reminder of the country’s enormous but unexploited potential to harness environmentally friendly resources.

Local media on April 4 reported that United Arab Emirates company ENESOL has completed the largest mobile solar plant in the former Soviet Union, in Uzbekistan. The 1.2-megawatt plant will be used to power a natural gas field and construction site owned by Russian energy company LUKoil in an area near the city of Bukhara.

“The solar plant’s capacity is enough to provide uninterrupted energy for a populated area of 1,500 people,” ENESOL said in a statement.

In line with plans, work is currently in progress on a 100-megawatt photovoltaic plant in the Samarkand region. The Asian Development Bank has estimated this could generate 159-gigawatt hours of power and avoid 88,000 tons of carbon dioxide emissions every year.

The International Day of Yoga will this year be celebrated from 8 a.m. to 11 a.m. on 18 June in front of the Victor...
Read more