The establishment of industrial and free zones, as well as efficient management and sustainable development, are important prerequisites in the implementation of the development strategy for the Serbian economy, and are equally important both for local communities and the country as a whole

In order for the concept of industrial parks and free zones to attract new direct investments effectively, maximised incentives and benefits have to be in place, while cheap labour and the free trade and preferential trade agreements that Serbia has concluded with other countries should be considered only as additional arguments for attracting new investors.

Free zones are part of the Republic of Serbia’s territory that has been specially sectioned off and marked and represent areas in which companies are eligible for special benefits, as regulated by the Law on Free Zones (Official Gazette #62/2006). Free zones enable their users to do business without having to pay customs duties or VAT, which in turn facilitates export-orientated production. When goods produced in a free zone are sold on the domestic market, customs duties and VAT are applied in order to protect the domestic market.

According to your records, how many industrial zones and parks are there in Serbia and how many free zones?

– Serbia has over 200 work and industrial zones and parks, while the number of free zones is limited and there are currently only 14 – Pirot, Subotica, Novi Sad, Zrenjanin, Šabac, Kragujevac, Užice, Smederevo, Kruševac, Svilajnac, Apatin, Vranje, Priboj and Belgrade. These zones also simultaneously serve as manufacturing industrial parks.

It means a lot to us to see that the Pirot and Zrenjanin free zones have been ranked very highly on the financial times’ list of the world’s top 50 free zones, as ranked in terms of fdi

How are these zones regulated legally and does the regulation provide enough good reasons for new investors to be attracted by local self-government?

– Industrial zones are not legally regulated in Serbia and local governments are entrusted with their development. As far as the free zones go, they are all active and are home to production companies.

Free zones in Serbia are based on the export processing zone concept, i.e. zones that are home to export-orientated production companies. 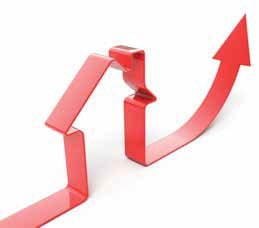 There are always interested investors. We are briefed on this matter regularly by our members at meetings between the Free Zones Group and customs warehouses, which operate under the auspices of the Serbian Chamber of Commerce & Industry’s Trade Association. Interest is great and investors expect to be granted as many benefits as possible.

We have been doing our best, together with the Republic of Serbia’s legislators, to pass laws that will boost the competitiveness of the free zones in Serbia. It means a lot to us to see that the Pirot and Zrenjanin free zones have been ranked very highly on the Financial Times’ list of the world’s Top 50 Free Zones, as ranked in terms of FDI.

Turkish investors have been showing a lot of interest in our free zones of late, inquiring about conditions for producing and exporting goods to Russia. However, no concrete investments have been forthcoming as yet. I can conclude that there is sufficient and growing interest and we expect the Ministry of the Economy to offer new tax incentives to investors in free zones.

GOODS PRODUCED IN SERBIA CAN BE EXPORTED UNDER FREE TRADE AGREEMENTS TO THE EU, EFTA COUNTRIES (ICELAND, LIECHTENSTEIN, NORWAY AND SWITZERLAND), AND CEFTA COUNTRIES (ALBANIA, BOSNIA-HERZEGOVINA, MACEDONIA, MOLDOVA, MONTENEGRO, AND UNMIK, ON BEHALF OF KOSOVO). SERBIA ALSO HAS A PREFERENTIAL TRADE REGIME WITH THE U.S.

What special incentives does Serbia currently offer investors who decide either to launch or expand their operations in one of the Serbian free zones?

– Serbia has maintained good relations with quite a few countries and, thanks to this policy, we have managed to conclude a substantial number of free trade agreements. Goods produced in Serbia can be exported under free trade agreements to the EU, EFTA countries (Iceland, Liechtenstein, Norway and Switzerland), and CEFTA countries (Albania, Bosnia-Herzegovina, Macedonia, Moldova, Montenegro, and UNMIK, on behalf of Kosovo). Serbia also has a preferential trade regime with the U.S.

The free trade agreements that Serbia has concluded with Russia, Belarus and Kazahkstan are unique in the sense that we are the only country to have such agreements. They stipulate that Serbian goods sold on these markets are exempt from customs duties. It is worth mentioning that these countries are collectively home to over a billion people.

Additionally, production companies in free zones are exempt from paying VAT on the energy products they use, which ensures the entire production process is less costly. Add to this the fact that all machines, equipment and raw materials used by companies in the free zone are exempt from customs duties and VAT, and you have very attractive conditions for investors.

Considering the current economic situation and the volatile global market, how profitable is it to invest in the construction and infrastructure equipping of these zones?

– Both the state and local self-governments benefit from investments because new investments create new jobs and added value, while increased production has a positive impact on the country’s GDP, which, coupled with higher exports, boosts the country’s foreign currency revenue. People also spend their earnings locally, which means more revenue for local self-governments and their budgets, due to there being higher consumption and more money in circulation.

In which way does the Serbian Chamber of Commerce & Industry support the economy in its efforts to establish, promote and educate about these zones?

– The establishing of free zones is regulated by relevant laws and comes under the jurisdiction of the Ministry of Finance, or rather it’s Free Zones Administration. The Serbian Chamber of Commerce & Industry and its Trade Association have formed the free zone group, which is tasked with coordinating activities aimed at promoting free zones and presenting free zones during the official visits of foreign delegations and our Chamber’s appearances abroad. We offer all available assistance to interested stakeholders whenever required.

Do you have data on how many investments have been made in Serbian free zones in the last couple of years and how many new jobs were created as a result?

Which incentives are available to local self-governments, with a view to advancing their efforts in the free zone segment?

– During our campaign – “You Have the Word – Be Part of the Solution”, the Free Zone Group suggested additional tax breaks for export-orientated companies in free zones, the simplification of customs procedures, construction of production incubators that would be owned by the state, the drafting of the Master Plan for the Development of Free Zones and a new strategy, extending the benefits offered by free zones once Serbia joins the EU, as well as during the EU accession negotiations, and with local governments providing exemptions from town and municipal charges and fees during the construction and utilisation of production facilities in free zones.

With this set of measures, we could increase the competitiveness of free zones in Serbia and boost the investment influx in the period ahead.

The Nordic model a good example for the Western Balkans

"The Nordic model of cooperation is an excellent experience for the countries of the Western Balkans," said Marko Čadež, President of the PKS, on...
Read more

Serbian-German economic cooperation shouldn't only be measured according to the volume of the trade exchange, which has respectable dimensions of scale. Links between companies...
Read more

The Embassy of the Kingdom of Morocco in Serbia in cooperation with the Serbian Chamber of Commerce & Industry and the General Confederation of...
Read more

Japanese Business Alliance in Serbia (JBAS), in cooperation with the Chamber of Commerce and Industry of Serbia (CCIS), JBAS member Kaizen Institute Serbia and...
Read more

Austrian Support For Dual Education And Digitisation Of The Economy

The strategic partnership of the chambers of commerce of Austria and Serbia will continue strengthening the capacity of the Serbian Chamber of Commerce to...
Read more

Serbian Chamber of Commerce Formed the Parliament of Entrepreneurs

Branislava Simanić, Director of the Entrepreneurship Sector of the Serbian Chamber of Commerce (PKS), announced that Chamber formed the Parliament of Entrepreneurs. "Through the work...
Read more

"All 300 companies in the selection for the "Blic Entrepreneur" are winners and represent the image of a better Serbia. They are the future of Serbia - micro, small and medium companies. They represent 99 per cent of our commerce, and about 66 per cent of employees work in these companies. The government has invested 7.6 billion dinars of grants for them," said Minister Mali.
Read more

The Serbian Chamber of Commerce (PKS) and the Ministry of Trade, Tourism and Telecommunications awarded to the most successful domestic product and corporate brands...
Read more
Cord MagazineLeaders Meeting Point